Anthony Joshua to go on a world tour of London, Beijing, Australia, America and the Middle East

By Barry Holbrook: Eddie Hearn says he wants to build a world tour for Anthony Joshua to fight in London, Beijing, Australia, America, and the Middle East.

Hearn feels that by Joshua (24-3, 22 KOs) fighting in those countries, he’ll fall in love with the sport again. Obviously, the timing of the world tour is less than ideal, as Joshua has lost three out of his last five fights.

The locations that Hearn is looking to have Joshua fight in suggest that he’ll be fighting heavyweights like Demsey McKean, Zhilei Zhang, and Dillian Whyte. Those are guys that Joshua is still capable of beating.

“The worst thing now is for AJ to go and have a huge spell of inactivity,” said Eddie Hearn to iFL TV. “Physically, he wants to fight. Mentally, he’s getting over the defeat. He still has four or five weeks before he has to get into camp.

“I want to build a world tour. I want to see AJ fight in London, Beijing, Australia, the Middle East, and America. It’s going to be a lot of fun, and I feel he’s going to fall in love with the sport again,” continued Hearn.

“He wants to stay active. The only want that’s making a decision that he’s going to fight in December is him. From my side, ‘If you feel that you’re ready, it’s a good idea. Every conversation, including yesterday, we’re going in December.

“The meltdown was good for him because it got a lot out of the system. It’s too early to say what’s going to happen in December. AJ made a lot of money because he’s the biggest name in boxing.

“AJ didn’t make money about holding the belts. AJ made money for being a draw that people wanted to watch. These belts made me overpay opponents and take fights that other people wouldn’t have fought.

“He’s going to fight a top 15 guy. The fight that I want that he wants is Dillian Whyte. It’s not going to happen in December, but it’s a massive stadium fight next year. The first one was epic, and the second one will be even better,” said Hearn. 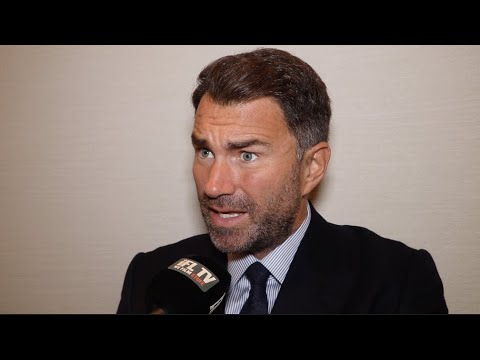 Abner Mares Return To The Ring Is Both Business And Personal »