By Craig Daly: Ryan Garcia says he’s returning to his old boxing style for his fight against Javier Fortuna at the Crypto Arena in Los Angeles, California.

Ryan says that when he was training at the Canelo Alvarez gym with trainer Eddy Reynoso, he was just focusing on throwing bombs and not utilizing the boxing ability that he previously had.

But now that Ryan (22-0, 18 KOs) dumped Reynoso and no longer trains at the Canelo gym, he’s rediscovered the technical side of his game with new coach Joe Goosen.

Ryan isn’t saying whether Reynoso had been telling him to load up on single shots, but it wouldn’t be surprising if that were the case.

That’s the way Canelo fights, and we saw how ineffective that one-dimensional style is in his 12-round loss to Dmitry Bivol on May 7th.

“I’m elusive, and I felt like it was time to go back to that and be a boxer again,” said Ryan Garcia to the Porter Way podcast.

“A lot of the time in the Canelo camp, it was straightforward bombs, fakes, bombs and not even thinking about counters & stuff. It was just bombs.

“So, I got used to that, throwing bombs and countering you with everything. But now, I kind of got used to what I usually do. From the Fonseca fight to the fights where you see me working that jab, countering.

“I’m happy that I am so young because I can make that adjustment. I didn’t like the way I fought in my last fight [against Emmanuel Tagoe] because I was confused on styles. I didn’t even know what I wanted to do.

“I hadn’t fought in a year and a half. I didn’t even know how to box. I was like, ‘What the hell am I doing?’ I just knew I was fast & quick, and that’s it. Whatever happens, this guy can’t beat me because I’m just too strong & powerful for him.

“After that fight, I thought to myself, ‘Where am I at right now?’ I was looking at the truth of it. But then it was like a blessing in disguise because now I can base my training off a 12-round fight.

“I’d never fought a 12-round fight. I didn’t even know what part of the fight that I would get tired. I had never thought about that in any fight. This fight [Tagoe], I thought, ‘I’m probably not going to knock him out because he’s running. I’m just not at the place where I want to be at,” said Ryan. 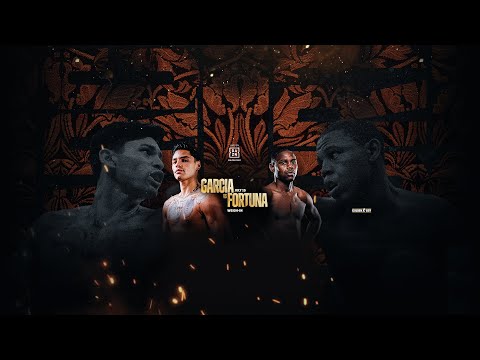 Ryan Garcia: “I’m determined to do something amazing” »