Magsayo is a wild fighter, who leaves himself open to getting nailed with his attacks. That’s the type of fighter that Vargas has always done extremely well against.

If Magsayo chooses to fight that way on Saturday night, Vargas will give him a boxing lesson that he won’t soon forget.

Vargas, 5’10 1/2″, is the much taller fighter, better skilled, and more experienced than Magsayo. Although Vargas doesn’t punch with the same power as Magsayo and isn’t as quick as him, he’s the superior fighter technically and is more experienced.

Vargas will outbox Magsayo and win a comfortable 12-round unanimous decision. The victory will be made easier by the way Magsayo leaves himself open.

The only two names on Magsayo’s resume are Gary Russell Jr. and Julio Ceja. Other than that, Magsayo has been plugging away in obscurity in his native Philippines, winning fights against primarily unknown fighters until recently.

While some casual boxing fans compare Magsayo to Manny Pacquiao, that would be a crude comparison. Magsayo is nothing like Pacquiao, not even the older version that we saw lose to Yordenis Ugas.

A better comparison is Magsayo to Mercito Gesta. He’s a fighter that some boxing fans saw as the second coming of Pacquiao many years ago, and he failed to produce the goods, unfortunately.

The victory for Magsayo ended the seven-year reign for Russell as the WBC 126-lb champion, and it wasn’t all that surprising that he was finally beaten.

Russell, 34, hadn’t defended his WBC featherweight title in two years, and before that, he’d only been fighting once a year since 2015, doing the bare minimum as the champion.

Given Russell’s increasing age and inactivity, it wasn’t a shock that Magsayo beat him.

Still, it took an injury for Russell for Magsayo to win that fight, as he was getting outboxed by the old champion, with him fighting with just one good arm. You could tell that a healthy Russell or more importantly an active version of the champion would heave beaten Magsayo with ease.

“For me, I don’t think about that, like the next superstar,” Magsayo said to DAZN. “No one can match Manny Pacquiao there in this era. I just train hard, focus on every fight, win every fight, and give honor to the Philippines. Just maintain my status like this, and stay humble. I am a humble guy. No one can compare to Manny Pacquiao.

“Basically, he started training with Derrick [James] in the gym, and I was watching him spar and outclassing everybody and beating everybody up,’ said Errol Spence Jr. to Fight Hub TV when asked how he found out about Frank Martin.

“He needed some fights. I was getting other people’s fights, and I saw the skillset and talent of this dude. I finally got him some fights. Basically, he’s got the skills, got the talent and he got the ability.

“HIe just needed somebody so he could showcase his skills. Put him on TV so he can showcase his skills, and that’s what I did. He’s going to put on an amazing performance,” said Spence about Frank Martin’s 10-round fight against the tough Jackson Marinez on Saturday night.

“He’s got amazing athletic ability, and I basically see him breaking him down throughout the fight and end up stopping him,” said Spence about Frank.

“I’m not trying to promote everybody, just a select number of fighters, and right now he’s ready for the top competition,” said Spence about Martin.

“How did he do against Rolly and how did Tank do against Rolly? When people compare that, they’ll see that he’s got the same skills and the talent that these guys got. He’s ready to be at the top level,” said Spence.

“Bring them up,” said Frank when asked if he’d be interested in fighting Rolly Romero and Isaac ‘Pitbull’ Cruz in the future.

“It makes me comfortable. It’s a blessing,” said Martin about his thoughts on Spence believing in him. “He’s in the gym, watching me spar and giving me pointers too. 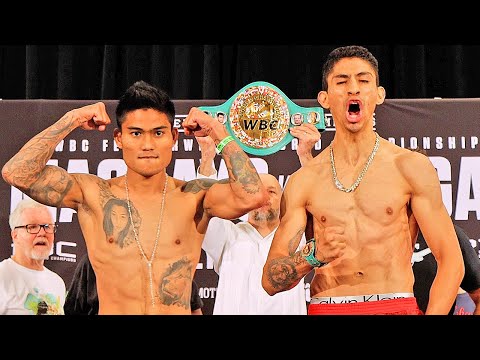