Hearn says while he agrees boxing fans view Spence-Crawford as a better fight than Canelo vs. Golovkin III, it won’t bring in as many pay-per-view buys.

The problem that welterweight champions Spence and Crawford have is that casual boxing fans aren’t familiar with either.

They haven’t made enough noise during their respective careers when it comes to promoting their matches to attract a lot of attention from casual boxing fans.

If Hearn is right about the Spence-Crawford fight being a lot smaller than Canelo-Golovkin III, they’ll need to come up with innovative ideas to market their fight once it’s signed.

“When I talk about size, I talk about revenue,” said Eddie Hearn to Fight Hub TV when asked about his previous comments about the Canelo vs. Golovkin trilogy being a much bigger match money-wise than the Errol Spence Jr. vs. Terence Crawford fight.

“It’s [Canelo vs. Golovkin III] is at least four times bigger maybe more, but I’m talking about revenue. If you said to hardcore boxing fans, ‘What’s the better fight,’ I think it could be like that, because that’s a different world.

“You’re talking about two global icons of the sport, two legends of the sport, worldwide names vs. two brilliant American fighters [Errol Spence & Terence Crawford] that nobody really knows outside of boxing fans in America.

“When I say that, it’s not offensive to the fight, I’m just giving you the financial facts around which is bigger basically,” said Hearn. “No, they’re not,” Hearn said when told that the hardcore boxing fans are the ones that buy pay-per-views.

“That’s why when you talk about Errol Spence, they say his biggest pay-views were 300,000. I don’t actually believe that, but if it was, it was against Mikey Garcia, I believe that was. Terence Crawford, I don’t believe has done more than 100, 150 tops.

“Canelo Alvarez just did 600,000 pay-per-views against Bivol, 700,000 against Plant. These are consistent numbers. He’s a freak in terms of his draw power.

“Again, not what’s a better fight? Which one do you want to see more? I’m just telling you financially which one of bigger.

“120 is about the number that it did off Dazn, and that was actually staged in the message in the Tweet,” said Hearn when told that Mayweather Promotions CEO Leonard Ellerbe said Canelo vs. Dmitry Bivol did 120,000 pay-per-view buys.

“It did 120,000 buys off the platform. People have got to realize that this was a Dazn pay-per-view. Off platform is just other random platforms that engaged during that fight.

“We hope this [Canelo vs. Golovkin trilogy] does a million. What that will do is show us that this is a sustainable pay-per-view platform.

“Not that we intend or what it to be, but the fact that we have the ability to do successful pay-per-view on the platform is great for us because we can keep fights like this on DAZN.

“This fight [Canelo-Golovkin 3], you put these two guys together, and it’s massive. It’s a million buys or there or thereabouts. You put those other guys [Spence & Crawford], you have to engage the casual fans.

“Every boxing fan will buy Spence vs. Crawford. 250 or 300,000. How do you get it to a million? If you engage that market through promotion, through a little bit of bad blood, through engaging linear platforms like ESPN and FOX and helping it grow, I believe that fight [Spence-Crawford] could get 5 or 600,000 buys, but not really beyond.

“It’s a brilliant fight between two brilliant fighters. It’s just that the casual fans don’t know a lot about them. So you’ve got a lot of work to do. It doesn’t mean you can’t do it.

“If they get together and start rolling around on the stage, and the build-up is great and everyone gets it right on FOX, gets it right on ESPN, it’s a big fight with a lot of pay-per-view. You’ve got a lot of work to do.

“Why do people want to see this fight?” said Hearn about the Canelo vs. Golovkin trilogy. “The first two were amazing, and the first one was disputed. A lot of people thought Gennadiy won the second one. All these reasons.

“You just seen two fights of the year. A lot of people thought Gennadiy Golovkin won both fights, especially the first fight or the second fight. Why not do it again?

“Stylistically, it’s an absolute war. So you can’t ask me why would we want to see it again when it’s one of the greatest fights we can have in the sport.

“I don’t believe so,” said Hearn when told that fans view Canelo vs. Golovkin as a fight that is stale due to GGG being past his best. “He just had over 400 days out of the ring.

“He’s gone to Japan, had a slow start over two rounds, and then battered Murata to unify the division. He [Golovkin] hadn’t boxed in over 400 days. I think he’s done at 160. He’s been there for 12 years or something like that.

“Murata is decent, but he battered him at the end. Like I said, you’ll see from the numbers. My friends in the UK, they’re all flying over for this fight [Canelo vs. Golovkin III],” said Hearn.

“No, they’re not,” said Hearn when told that his fans are hardcore boxing fans. “They’re casual fans. They don’t really go to a lot of boxing. They go to AJ, they might go to Fury-Wilder.

“The problem with the fight game is people’s minds are so intrinsic. You live in this fight bubble. I live in it, by the way. It’s what we do every day, but there’s another world out there.

“If I said to my friends, ‘Spence vs. Crawford.’ They don’t even know who they are. These are soccer fans who go to a few fights every now and again.

“If I say, ‘Canelo vs. GGG,’ they book a flight, they buy a hotel, they buy a ticket. They spend $5000 in getting themselves out there for that fight. Because they go, ‘Canelo Alvarez – GGG, wow.’ We go, ‘Spence-Crawford, wow.’ 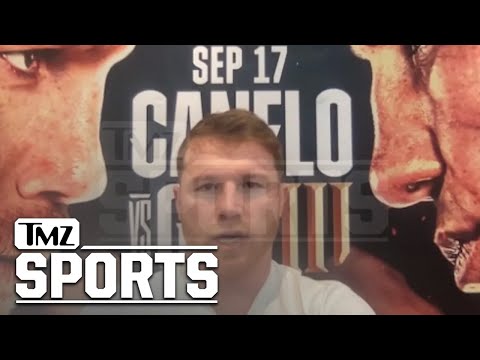