By Robert Segal: Trainer Joel Diaz says Canelo Alvarez chose to swerve the rematch with Dmitry Bivol to face Gennadiy Golovkin in a trilogy on September 17h because it’s an “easier fight” for him. That’s all there is to it.

Canelo may not have looked like he was still in the zenith of his career in his last fight, but that’s because he was facing Bivol (20-0, 11 KOs), who is one of the best-kept secrets in boxing.

If Canelo had fought Joe Smith Jr. or Artur Beterbiev, we’d be talking about how great he is, and he wouldn’t bother with fighting Golovkin.

The loss for Canelo opened the door for Golovkin to get his trilogy fight that few fans want to see. Selling that fight on DAZN pay-per-view is likely to be a disaster.

“Bivol-Canelo was a great fight. A lot of fans didn’t know who Bivol was, and you got to give an opportunity to a great, young, hungry fighter, so you get to know him. That’s what happened that night,” said Joel Diaz to Fight Hub TV about Dmitry Bivol being given a chance to fight Canelo.

“Why? Because it’s an easier fight for him,” said Diaz when asked why Canelo chose to fight Golovkin next rather than taking the Bivol rematch. “If he fights Dmitry Bivol again, then he’ll lose again.

“Businesswise, it’s not a good move for Canelo. So for businesswise, he needed to go around [Bivol] a fight GGG. Now that GGG has aged some more in this third fight, he’ll shine, he’ll look good, and bring his name back up again. Canelo is still the king of the division,” said Diaz.

Golovkin looked older than 40 in his last fight against Ryota Murata, and he was lucky that the Japanese fighter didn’t go for the kills when he had him hurt with a body shot.

If that had been Canelo, he would have been shark-like with his attack after Golovkin was hurt to the body.

“Canelo will definitely win,” said Diaz when asked if Canelo would beat Golovkin in their trilogy fight on September 17th. “I have no doubt in my mind because Canelo is still in his prime.

“GGG has a loss on his record, and he hasn’t been looking good in his last fights, and obviously age is a factor. I think Canelo should win and should win decisively on this one.

“Coming into camp, Bivol came into my gym with his trainer and his whole team and making us part of their team for advice and a little bit of help about we think about Canelo, fight plan, strategy.

“Everybody there shared some experiences, and coming into Las Vegas and working on the fight was great and coming out with a victory. It was a good feeling because we were the only ones that believed that Dmitry Bivol would win that fight.

“The problem was going the distance and winning the fight and not coming out with a victory. What’s next for Dmitry? Honestly, I don’t know. Dmitry is enjoying a well-deserved time off because he made history.

“After that, the management team knows what’s next,” said Diaz when asked who will Bivol fight next. “I know that Zurdo Ramirez is the mandatory, but we still don’t know.

“Canelo decided to go around and fight GGG, which is a good fight in the trilogy. But right now, we’re going to see what happens and wait for the news,” said Diaz. 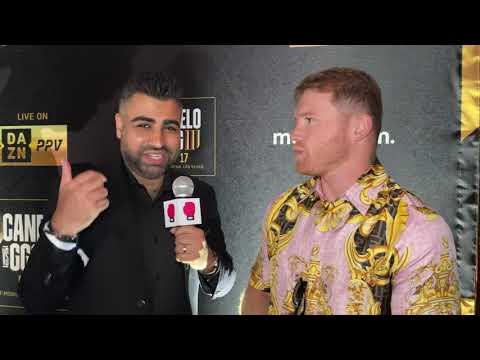 
« Joshua vs. Usyk II to be shown on Sky Sports Box Office in UK, not DAZN