Eddie Hearn: “Fury will milk every dollar out of [Joshua] fight that is available”

Hearn says that when the time comes for Fury (32-0-1, 23 KOs) to face Joshua, he’ll be looking to squeeze “every dollar” he can out of that fight.

As for Fury’s comments about fighting Joshua for free, it’s the typical troll stuff that he’s done for years. Fury likes to get a reaction out from the boxing public, and the only way he can do it is by saying stupid stuff like that.

Aside from that, Fury’s interviews are typically dull, with him patting himself on the back for this or that minor accomplishment. Fury says he’s retired, but he’s still holding onto his WBC belt, which means he’s just pulling everyone’s leg with the retirement blather.

For Fury to continue to say he’s retired, it’s like someone telling a joke that is no longer funny. It’s just more troll stuff from Fury, but weak & utterly transparent. He needs to come up with some new material because he’s so boring to listen to.

“Listen, AJ has got to take care of business; it’s a very tough task, but if and when he does, Tyson Fury against Joshua is not the biggest fight in boxing; it’s the biggest fight EVER in the history of the sport,” said Eddie Hearn to DAZN Boxing show.

“And I will make sure we do the right job since he turned professional for him,” Hearn continued. “By the way, Tyson Fury will MILK every dollar out of that fight that is available,” said Hearn.

So there it is. Fury will “milk” every last dollar he can get his hands on for the Joshua fight, and he’s just babbling about fighting for free.

At this point, the only way Fury fights Joshua is if he’s willing to face him after he loses to Oleksandr Usyk next month on August 20th.

It’ll look strange for Fury to fight AJ with him coming off another defeat, but the match will still make ‘The Gypsy King’ good money.

You can argue that Fury will still wind up with more dough fighting Joshua off a loss than he would against a victorious Usyk. There are a massive amount of boxing fans, both casual and hardcore, that want to see Fury and Joshua fight under any circumstances.

“It’s not as big, it’s not nowhere near as big, but it’s still the undisputed fight,” said Hearn when asked if a fight between Oleksandr Usyk and Fury would be a massive fight.

“You’ve got to ask yourselves, what do you want? I think Fury is a historian; I think he wants a legacy; I really do genuinely. I think he would like to be undisputed, but if the money is not right, he won’t do it,” said Hearn about Fury not taking the Usyk fight if the payday isn’t big enough for him. 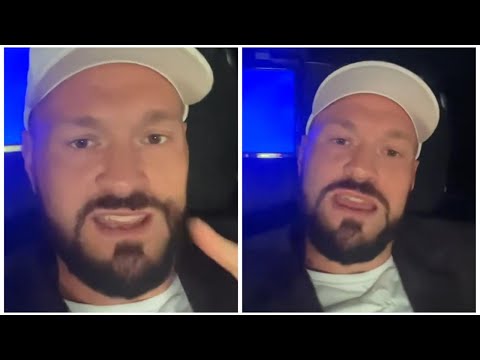