By Sam Volz: Adrien ‘The Problem’ Broner sort of apologized to Showtime & Al Haymon earlier today for going on a rant and bailing out of his virtual press conference on Tuesday to promote his upcoming fight against Omar Figueroa on August 20th.

In a post on Instagram today, Broner said he could “own up to a mistake” and that he was “locked in for life” with Showtime and Al Haymon. Whether they can continue to put Broner in main event fights for much longer is the big question.

If Broner loses to former WBC lightweight champion Figueroa or if the fight fails to bring in high ratings, it’s quite possible that we won’t see AB in headliner spots any longer. It takes more than just trash-talking to bring in the fans.

They want to see wins over quality opposition, and we haven’t seen Broner beat a notable opponent since his controversial 12 round split decision victory over Paulie Malignaggi in 2013.

Many boxing fans felt Malignaggi was robbed in that fight, but nonetheless, that was Broner’s last victory over a well-known fighter.

Sadly, Broner has won just six times since his questionable win over Malignaggi nine years ago, and the victories have come against guys like Jovanie Santiago, Adrian Granados, Ashley Theophane, and Khabib Allakhverdiev. In other words, bottom dwellers.

The 32-year-old Broner (34-4-1, 24 KOs), who earlier in his career as a popular star, took issue that he was now relegated to doing virtual press conferences instead of the real thing inside of conference rooms in hotels in places like Las Vegas, New York & New Jersey.

“Stand up men can own up to a mistake @showtimeboxing @shosports and AL Haymon we locked in for life I love y’all see ya in some weeks let’s go!!!!!! #August20th.
P.S I meant everything I said. That press conference on a zoom call blew me,” said Broner on Instagram.

If Broner wants to be put in real press conferences instead of the virtual ones, he needs to stay in the gym and start winning again because he’s no longer relevant as a top-tier fighter at 140 and 147.

Showtime can’t be expected to continue to televise Broner’s fights as headliners if he’s fighting mediocre opposition because he’s no longer deserving of challenging for world titles against any of the world champions. 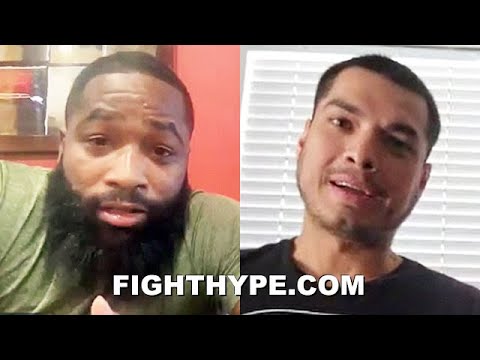 Eddie Hearn: “Fury will milk every dollar out of [Joshua] fight that is available” »