Demetrius Andrade calls out Chris Eubank Jr for a fight, “over $1 million”

By Charles Brun: Demetrius Andrade called out Chris Eubank Jr. on Friday, telling him that he could get “over $1 million” by fighting him next rather than the non-relevant welterweight Conor Benn,

Needless to say, Andrade’s oddball approach to getting a fight against Eubank has zero chance of being accepted by him because he can make a lot money dough by fighting welterweight Conor Benn in a PPV clash in the UK.

Although Benn (21-0, 14 KOs) has never fought a top 10 contender during his career, he’s popular in the UK because of his famous dad, Nigel Benn. Eubank Jr vs. Conor is food for the eyes for the British boxing public but won’t do much for U.S fans, who aren’t impressed with either of these guys.

Eubank Jr. is a similar type of fighter as Benn in that he’s popular only because of his famous dad, not by what he’s achieved during his career.

“I’ve got four kids. I do what I do. There’s a whole lot of money on the table for you and me to fight for the WBO Super. When I say, ‘Super,’ I mean like, ‘Super.’ Not super middleweight champion.

“You and me are stars. You’re a star; I’m a star. I’m a superstar. You’re a star. You’ve got two losses and are going to make a lot of money. Put this fight together, bro.

“You’re talking about fighting somebody [Conor Benn] that’s not even relevant to the situation. We need all the fans, all the UK fans, all the American fans…They’re going to pull up to the arena. I want them to go all the way to London at the O2 Arena.

“Chris Eubank, don’t do that. Stop acting like that. Let’s make this money, let’s feed our kids, and give boxing fans what they’re looking for. Demetrius Andrade vs. Chris Eubank in October or November, by the end of the year. Everybody, I’m going to be a millionaire. Stay tuned; it’s me again,” said Andrade. 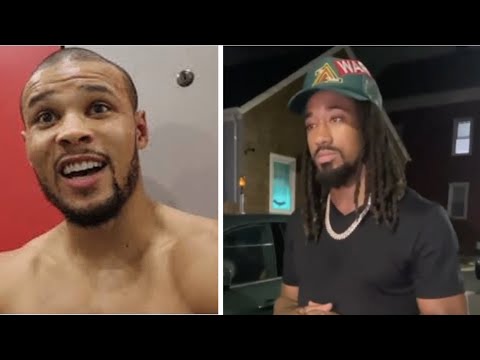