By Ken Hissner: Some fighters are known to be “the most feared,” but in the case of Philly’s unbeaten Jaron “Boots” Ennis, the top-rated welterweight in the IBF rankings, he is “the most avoided!”

“Boots” is trained by his teacher-father and manager Derek “Bozy” Ennis, who trained his two other sons in the oldest former USBA Super Welterweight champion Derek “Pooh” Ennis, 24-5-1 with 14 stoppages, who along with his father were inducted into the Pennsylvania Hall of Fame in their last ceremony in 2020.

The other son Farah Ennis, NABF Super Middleweight champion, is 22-2 with 12 stoppages last fight in 2015 and is expected to be nominated in October for the Pennsylvania Hall of Fame.

“Boots” is 29-0 with 27 stoppages, and in his most recent bout in May scored his nineteenth consecutive stoppage (along with one no contest included) against previously unbeaten Clayton “War Machine” Clayton, 19-0-1 with 12 stoppages out of Ottawa, Canada, in 2 rounds at the Dignity Health Sports Park, in Carson, CA.

“Boots” is currently the top-rated contender in the IBF, along with being No. 2 ranked in the WBA and WBO. He was No. 3 in the WBC but dropped to No. 4 behind former WBA & WBC Welterweight champion Keith “One Time” Thurman, for some reason. Thurman returned to action in February with a win after almost three years of inactivity. A match between “Boots” and “One Time” would be welcomed, I’m sure.

In a recent phone conversation with his father-teacher “Bozy” Ennis, there is currently nothing scheduled with Showtime, which they have been fighting for after starting with Shobox and quickly moving up to Showtime.

When asked if a possible fight with No. 1 ranked WBA, WBC, and WBO contender and No. 2 behind “Boots” in the IBF unbeaten Vergil Ortiz, Jr., 18-0 with 18 stoppages has ever been proposed, “Bozy” said, “When his trainer was Robert Garcia, he was not interested in fighting “Boots.” Ortiz is scheduled on August 6 to meet the UK’s Michael McKinson, 22-0, with two stoppages at Dickies Arena in Ft. Worth, Texas.

Promoter Lou DiBella says Jaron “Boots” Ennis beats Errol “The Truth” Spence, Jr. and Terence “Bud” Crawford now, and he thinks they will avoid him in the future!

WBC and WBO World Super Featherweight champion Shakur Stevenson says, “I feel ‘Boots’ Ennis is a bad dude. He can do it all and can box; he can bang and can punch. It was like this dude was faster than me, and he was jabbing me like ‘boom, boom’ he had a quick jab. I think people sleep on him; he is a killer.”

“Boots is a tremendous talent, and I’ve been watching him since his amateur days. He can fight both ways. He’s very strong and knows boxing.

“He’s going to be a force to be reckoned with. Me, and him later down the line, if that comes to the table and that’s the right fight for me, I’m taking it all,” said Terence “Bud” Crawford.

To this, Ennis had this to say, “I’m faster, stronger, and smarter. Whatever he can do, I can do better. I’m younger. He’s a great fighter, and I don’t take anything away from him. At the end of the day, it’s boxing. If you want to be great, you have to fight the best. That’s what’s going to happen.”

Errol “The Truth” Spence Jr, 28-0 with 22 stoppages, the WBA, WBC & IBF Champion, and Terence “Bud” Crawford, 38-0 with 29 stoppages, and the WBO champion are negotiating for a unification match that could happen in the fall.

Spence on “Boots” said I like Boots; he can go. He’s got a great mentality and his dad in his corner. I like that confirmation; he’s really focused. He’s going to be a threat in the welterweight division.

A future match with Ugas would be welcomed, I’m sure, for “Boots.” “We wanted him when he had a title, and he didn’t want us, so without the title, we don’t want him,” said Bozy.

Another possibility would be with Russian David “Ava” Avanesyan, 29-3-1 with 17 stoppages out of the UK, who is No. 2 ranked in the WBC and last fought in March. “We have been trying to get him to fight us along with Ortiz, but we get no callbacks,” said Bozy.

“Boots” was 58-3 in the amateurs and a former National Golden Gloves champion in 2015 and an Olympic alternate in the same year before turning professional in 2016. 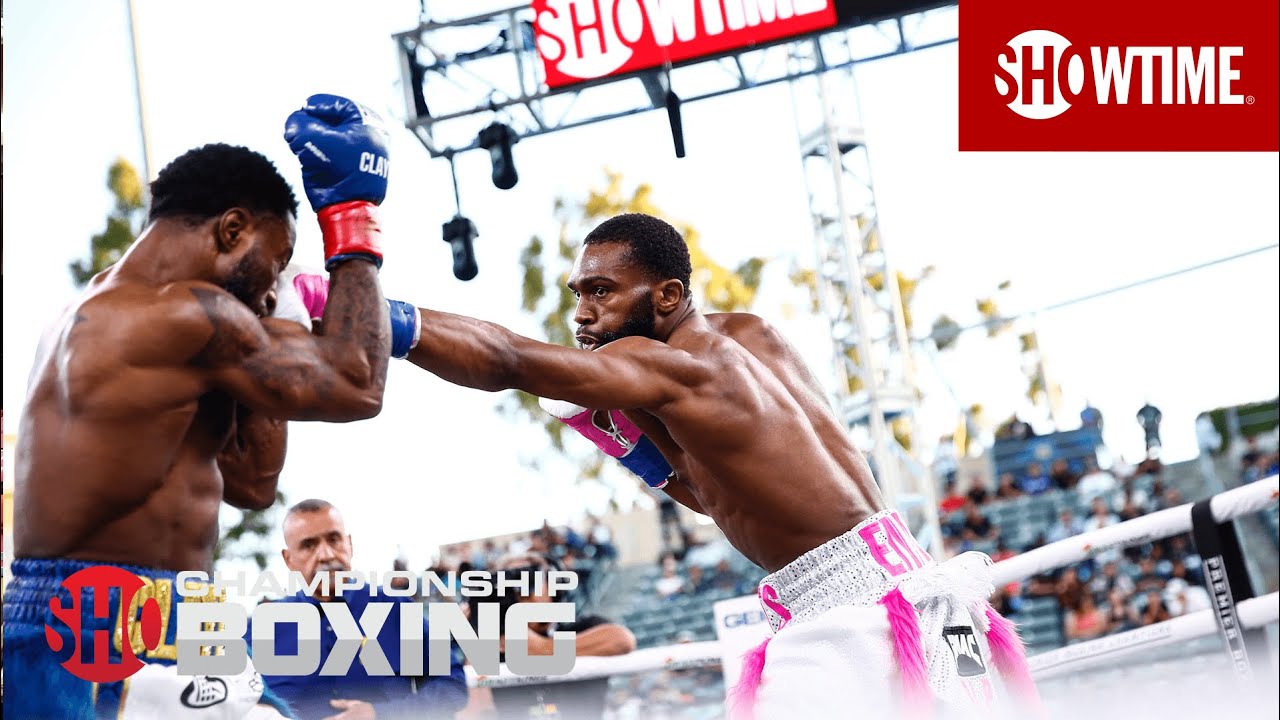 
« Bob Arum says Vasyl Lomachenko vs. Shakur is possible for 2023

Demetrius Andrade calls out Chris Eubank Jr for a fight, “over $1 million” »