Boxing’s Dazzling Dozen of the Best P4P of All-Time!

By Ken Hissner: When the Historians name their best pound for pound, it usually comes down to one of two. Two-division world champion “Sugar” Ray Robinson and three-division champion Henry “Homicide Hank” Armstrong.

Robinson was 174-19-6 with 109 stoppages holding the welterweight and middleweight titles. He won his first 35 fights before losing to Jake “Bronx Bull” La Motta, whom he beat four other times. La Motta said, “I lost to Sugar so many times I got diabetes”.

He was 129-1-2 when he lost to Randy Turpin, whom he stopped in their rematch.

Considered by many to be the best defensive boxers of all time was none other than world featherweight champion Willie “Will o’the Wisp” Pep, 229-11-1. He once told then middleweight champion Rocky Graziano “you couldn’t hit me with a fist full of stones!” He was 62-0 when he lost his first fight.

Middleweight champion Harry “Pittsburgh Windmill” Greb, 108-8-3 with 49 stoppages, only had one eye for the most part of his career. He was the only boxer to defeat future heavyweight champion Gene “The Fighting Marine” Tunney, 65-1-1.

Sam “Boston Bonecrusher” Langford, 178-30-38 with 126 stoppages. Never to win a title but even ducked by heavyweight champion Jack “Galveston Giant” Johnson, who drew the colored line refusing to fight him while champ. Heavyweight champion Jack Dempsey claimed the only fighter he ever feared was Langford. He may have been the “most feared.”

Heavyweight champion Joe “The Brown Bomber” Louis, 66-3 with 52 stoppages and a heavyweight record 25 title defenses. He was 24-0, losing to Germany’s Max Schmeling, 48-7-4, only to knock him out after winning the world title from Jim Braddock, 51-25-7, in the first round the following year. He said, “I won’t consider myself champion until l beat Schmeling, which he did in their rematch. 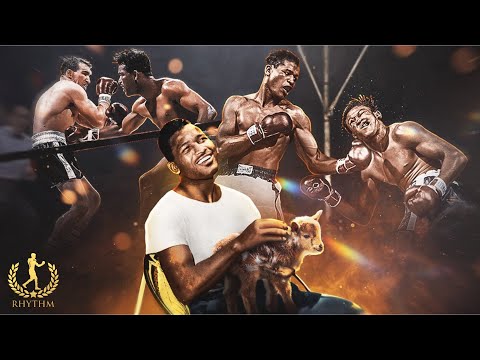 His wins over Liston, especially the second, may have been a fix. After having his license revoked for 3 ½ years, he would come back and regain the title a record three times. Possibly the most “colorful” boxer of all time! He should have quit after winning the Leon Spinks rematch.

Five division world champion Floyd “Money” Mayweather, 50-0 with 27 stoppages, made a mistake fighting an MMA/UFC fighter with no boxing experience for his 50th win in order to pass Marciano’s 49-0. Half a dozen boxers passed it but got beat. He made more money than any other fighter. His defensive style was not fan-friendly.

Heavyweight champion Rocky Marciano, 49-0 with 43 stoppages like Mayweather, is one of the top due to retiring with an unbeaten record. He was exciting to watch and a fan favorite. He cried after stopping his hero Joe Louis who was well past his prime.

Five division world champion and Olympic Gold Medalist “Sugar” Ray Leonard, 36-3-1 with 25 stoppages. I once did an article about how he beat Floyd Mayweather, but it was Sr., not Jr. His wins over Thomas “Hit Man” Hearns, Roberto Duran, and Marvelous Marvin Hagler were highlights.

Three-division world champion Julio “J.C.” Cesar Chavez, Sr., 107-6-2 with 85 stoppages, was one of Mexico’s greatest fighters and was 89-0-1 when he lost to Frankie Randall, whom he beat in a rematch.


« Danny Garcia claims he was 50% for Errol Spence fight

Derek Chisora: “If he [Fury] don’t, I want Deontay Wilder” »