Andy Ruiz to get title shot if he beats Luis Ortiz in WBC title eliminator on Sept.4th

By Brian Webber: Former unified heavyweight champion Andy Ruiz Jr is in the perfect position to earn a second world title shot if he defeats 43-year-old Luis Ortiz in a WBC title eliminator on September 4th on FOX Sports pay-per-view at the Crypto Arena in Los Angeles.

The higher-ups with the World Boxing Council must really like #5 Ruiz (34-2, 22 KOs) for them to sanction his fight against #8 Ortiz (33-2, 28 KOs) as an official title eliminator with their organization.

Ruiz has a large fanbase in the U.S, which obviously helps when it comes to him getting the express straight to the top for another world title shot.

In a perfect world, Ruiz should have had to fight at least two quality heavyweights, Deontay Wilder & Joe Joyce, for him to become the WBC mandatory to now retired champion Tyson Fury.

Instead, Ruiz is getting the easy path, fighting soon-to-be 44-year-old southpaw Luis Ortiz in a WBC sanctioned title eliminator.

There are four contenders ranked about Ruiz in the WBC’s top 10 that arguably are more deserving to be contesting in a world title eliminator.

NEWS:   Tim Bradley: "If Joshua is to win, he's got to hurt Usyk badly"

Not only has Ruiz been largely inactive since losing his IBF, WBA & WBO titles to Anthony Joshua in their rematch in December 2019, but he’s not fought anyone of quality, choosing to face 40-year-old Chris Arreola last year in May after sitting inactive during 2020.

Ruiz says he deserves a third fight against Joshua after losing to him, but the British heavyweight has what’s left of his sinking career on the line against IBF/WBA/WBO champion Oleksandr Usyk next month on August 20th.

Joshua has really gone downhill as a fighter since 2019, and at this point, the chance is slim that he’s going to regain his lost belts against Usyk. Without those titles, it makes it pointless for Joshua to face Ruiz again.

After all, Ruiz is fighting the old-timer Luis Ortiz in a WBC title eliminator to fight for a belt, not against a guy with a guy poised to lose his second consecutive fight. How can one drowning man save another?

“Once he [Joshua] beat me over there, there should have been a trilogy. I should have had one more opportunity to get back those belts, just like we gave him the opportunity with the rematch,” said Andy Ruiz Jr to ID Boxing about him feeling he deserved a trilogy match against Anthony Joshua after losing to him in December 2019.

Boxing is a business, and Ruiz dropped the ball big time by choosing to skate through training camp for his rematch with Joshua.

Given how bad Ruiz looked in his second fight with AJ, there’s no way Matchroom Boxing could sell a trilogy match to the public because no one would buy it. 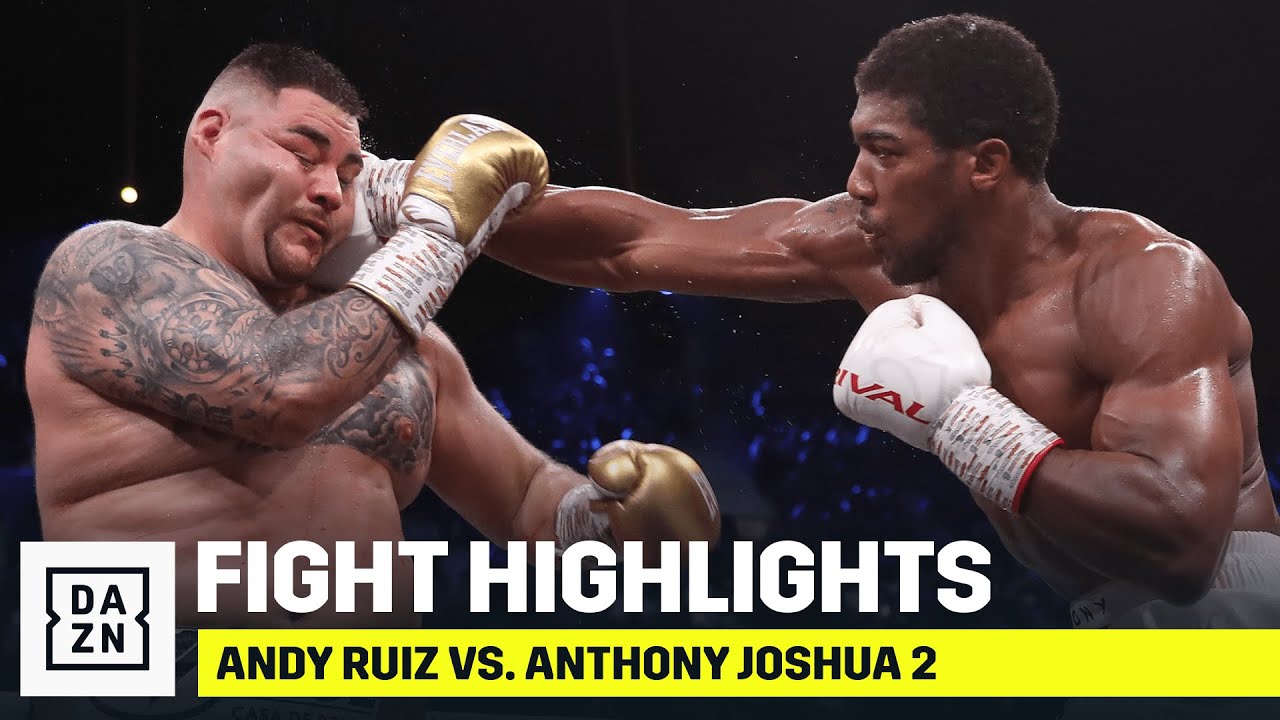