It’s unclear whether the World Boxing Council will sanction the Fury vs. Chisora trilogy as a title defense for Tyson or if they’ll reject the match-up. The champions are supposed to defend against contenders, not second-tier fighters, which is what Chisora (33-12, 23 KOs) is.

The sanctioning bodies are supposed to prevent champions from choosing to make a mockery of their championship status by picking & choosing dreadful opposition instead of the top 15 contenders. Ideally, the WBC will strip Fury of his title anyway because he’s been telling everyone he’s retired.

If Fury is kidding around with the retirement bit, he needs to publically tell the fans and the WBC this because it doesn’t look good for the sanctioning body allowing Fury to sit on their WBC title as if it’s a keep-sake without defending it against ranked contenders.

If Fury wants to fight second-tier fodder like Chisora, he needs to do it without the WBC belt in his possession.

“I think someone from Tyson’s team reached out to Chisora about fighting him in December now,” Matchroom boss Eddie Hearn said to iFL TV about WBC heavyweight champion Tyson Fury interested in fighting the 38-year-old Derek Chisora next rather than the highly ranked contenders.

“Who knows whether he’s going to come back? I don’t know,” Hearn said about the retired 6’9″ Fury.

With all the contenders waiting for years for their shot at the WBC heavyweight title, it’s troubling that Fury would choose to face an undeserving journeyman to defend against rather than one of these highly ranked killers:

If the shoe was on the other foot, you got to wonder what Fury would think if he saw the WBC champion ignore him in the rankings and choose to fight the 38-year-old second-tier fighter Chisora instead.

Would Fury think it’s keen that a champion was skipping over him so they could take a soft opponent for old time’s sake?

Why would the British boxing public be interested in seeing the third Fury vs. Chisora fight? Fury has already beaten Chisora twice, once in 2011 and another in a needless rematch in 2014. Neither fight was remotely close.

How do you sell a garbage fight like this one to the public? What promoter would want to stick their neck out by paying Fury a ton of loot to fight Chisora?

Earlier this month, Chisora defeated 41-year-old Kubrat Pulev by a 12-round split decision in their rematch at the O2 Arena in London. It appeared that Pulev had done enough to deserve the victory, but two judges felt he’d done enough to get the nod.

“That fight [Joshua-Fury] is massive,” said Hearn. “Win or lose for AJ on August 20, that fight’s always massive. I believe that AJ vs. Fury will happen, regardless of August 20. But if and when AJ wins, it’s the biggest fight in the history of the sport,” said Hearn. 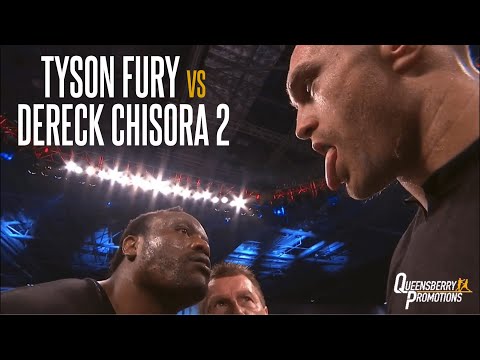 Andy Ruiz to get title shot if he beats Luis Ortiz in WBC title eliminator on Sept.4th »