By Sean Jones: Trainer Jose  Benavidez Sr. says he was “blown away” at seeing Canelo Alvarez lose to Dmitry Bivol on May 7th, and since then, fans jumped off the Mexican star’s ship and started following David Benavidez.

In other words, Canelo’s loss has been the unbeaten interim WBC super-middleweight champion Benavidez’s gain, with him gaining a lot of new fans.

If Canelo loses to Gennadiy Golovkin on September 17th or in his rematch with Bivol next May, Benavidez will be the new star in the 168-lb division by default.

It would be better for Canelo to fight Benavidez so that it would be official and not a situation where David picks up the #1 spot in a roundabout way.

Unfortunately, Canelo doesn’t want to mix it up with Benavidez, and it’s understandable why. Getting beaten by the bigger guy, Bivol, again gives Canelo a pass from some of his loyal fans.

Looking at the fight objectively, Canelo had no idea how to deal with Bivol and was overmatched in every sense of the word.

“I was super excited to see that fight. I was blown away,” said Jose Benavidez Sr. to Fighthype about his thoughts on watching Canelo Alvarez lose to Dmitry Bivol on May 7th.

“When Bivol was doing really good, I thought, ‘I hope they don’t rob him, bro.’ I was super happy. To be honest with you, because of Canelo’s loss, David is mentioned more.

“He [Benavidez] gained more fans. A lot of people thought Canelo was the monster that nobody could beat him. Now all the fans that he had, they backstabbed him.

“Now, they’re getting on David’s train. To me, that’s boxing. One day, they’re with you, and another day, they move and go to somebody else. I was super excited.

“It was the longest training camp. We trained for five months, but it showed that Davis is super disciplined and motivated, and very mature. You put the work in the gym, and then you go and fight and shine.

“We’re not afraid to lose our undefeated record, and we’re here to challenge ourselves,” said Benavidez Sr. when asked what makes him think that David can go from fighting David Lemieux to battling Canelo.

“We’ll fight anybody. We’re not like these other guys like the Charlos. They said that David has nothing to over. It could be on pay-per-view, and he [Jermall Charlo] could make a lot of money.

“Canelo says the same thing, that David hasn’t fought anybody. These are just excuses because they don’t want to fight David. We’re here to fight anybody. 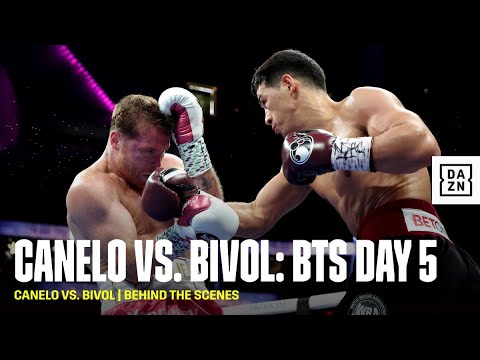