By Adam Baskin: Jermall Charlo says he will be waiting to challenge the winner of the Canelo Alvarez vs. Gennadiy Golovkin 3 trilogy match next September.

Charlo (32-0, 22 KOs) already tried to fight the Mexican star Canelo, but he turned down a huge offer and went in a different direction towards an ill-fated title shot against Dmitry Bivol.

Jermall has been waiting for a mega-fight his entire 14-year professional career, and he’s finally on the doorstep of a massive bout that could take him to stardom.

Charlo will be making a voluntary defense of his WBC middleweight strap this month against Maciej Sulecki on June 18th in the headliner on Showtime Championship Boxing at the Toyota Center in Houston, Texas.

After that, Charlo will be free to take on the Canelo-Golovkin III winner. Canelo, 31, is expected to fight this December on DAZN, and that would be the ideal time for him to face Charlo if he successfully gets past Golovkin.

“We tried to make that fight happen. It didn’t happen,” said Jermall Charlo to Fighthype on why his fight with Jaime Munguia fell through.

It’s not a big deal that Charlo’s fight against former WBO 154-lb champion Munguia fell through because that’s a lesser fight than taking on the Canelo-Golovkin 3 winner.

“I want the winner,” said Charlo when asked about his pick for the Canelo Alvarez vs. Gennadiy Golovkin III trilogy match. “Whoever the winner is, feed them to me,” said Jermall.

This fight could help Jermall move past his twin brother Jermell, who has surged past him in career achievements in becoming the undisputed champion at 154.

However, the guys that Jermell beat at junior middleweight weren’t anywhere near the popularity of Canelo or Golovkin.

If Jermall can beat the winner of the Canelo-GGG 3 fight to become undisputed at 168, it would greatly surpass anything his twin brother Jermell has done in his career.

“They offered Canelo some Floyd Mayweather money, and he didn’t take it. They can blame me all they want. I’m just a fighter, and I’m just going to sit here and fight,” Jermall said about how Canelo Alvarez turned down a big-money offer to fight him.

“I’m going to sit here and throw these hands no matter which way they go. I don’t know, bro. I can’t even answer,” said Jermall.

For Canelo to turn down the vast money offered to him for a fight against Jermall Charlo suggests that he was worried about taking that fight.

It wasn’t long ago that the World Boxing Council made Canelo the WBC Franchise middleweight champion when Jermall was his mandatory challenger and breathing down his neck. If Canelo weren’t nervous about fighting Jermall, he wouldn’t have accepted the Franchise strap. 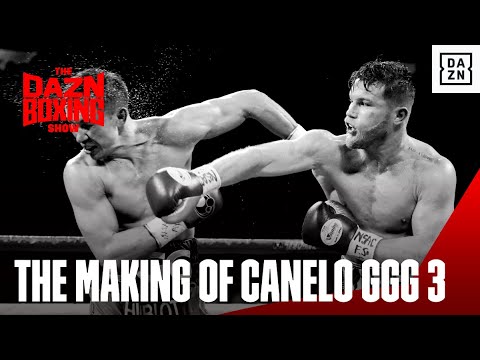