Undefeated rising welterweight star Jaron “Boots” Ennis reiterated his intention to “take over” the star-studded 147-pound division ahead of his IBF Welterweight Title Eliminator showdown against fellow unbeaten Custio Clayton in the co-main event of action this Saturday, May 14 live on SHOWTIME from Dignity Health Sports Park in Carson, California and presented by Premier Boxing Champions. 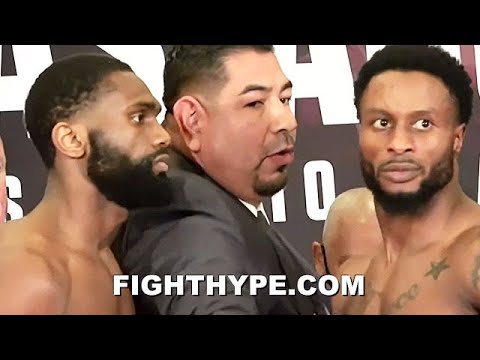 “I’m looking to make a big statement come May 14,” said Ennis. “I’m coming to win in dominating fashion and get the knockout. I’m ready to take over this division.”

Trained in his native Philadelphia by his father “Bozy” Ennis, the 24-year-old Ennis has continued to push his already renowned training habits ahead of his upcoming fight and has added elite sparring against a collection of noteworthy fighters including unbeaten U.S. Olympian Charles Conwell and rising contender Paul Kroll.

“I’m feeling great,” said Ennis. “Camp has been going very well and I can’t wait to shine on May 14. I’m ready to rock and roll. We’ve been running a lot more sprints this camp and focusing a little more on conditioning each day, about a half an hour more every session. A lot of it are the normal things we do, like the underwater treadmill and chopping wood, we’re just working ten times harder.”

After a 2021 campaign that saw him knock out former champion Sergey Lipinets in a headlining bout on SHOWTIME in April, before stopping the normally durable Thomas Dulorme in one round in October, Ennis believes that he can shine even brighter and show an even greater range of abilities as the strength of his opposition increases.

“I feel like I’m getting better at taking my time and being more relaxed in the ring,” said Ennis. “I believe that the better the competition I face, the better I’m going to be. We’ve been working on jabbing more and being even more alert and sharper.”

In Clayton, Ennis will be up against an undefeated fighter with considerable pedigree, having competed for his native Canada at the 2012 Olympic games. While Ennis chooses not to focus on studying his opponent, he knows that he’ll have to be ready for a multitude of scenarios to achieve his desired result on fight night.

“I don’t watch tape on people that I fight,” said Ennis. “I let my team focus on that. We’re prepared all the way around. I don’t prepare just one way, because you don’t know how a fighter is going to fight you. So we just prepare for everything.

“This fight is everything to me. This is a big stage and it’s time for me to shine. From here on out, it’s only getting bigger and better. After I do my thing on May 14, we’re just going to keep going up and up. I’m looking to show everyone everything that I’m capable of. My speed, power, defense, ring IQ and footwork. At the end of the night, I’m coming for the knockout. That’s what the fans are coming to see. I’m going to show them what I can do and close the show with a knockout.”

As he continues his ascent up the welterweight rankings, Ennis has his sights set squarely on the division’s two stalwarts, unified WBC, WBA and IBF champion Errol Spence Jr. and WBO champion Terence Crawford. Even if a potential Spence-Crawford undisputed title fight comes to fruition first and eventually leads to Ennis fighting for vacant 147-pound titles, he believes those big fights will eventually become a reality.

“It doesn’t matter to me if Spence and Crawford decide to stay in the division and face me,” said Ennis. “I’d love to take the belts away from the champion, but if I have to fight for a vacant belt, I’ll see Spence and Crawford at 154 pounds. They can’t go too far.”

Tickets for the live event, which is promoted by TGB Promotions and Lions Only Promotions, are on sale now and can be purchased through AXS.com.