After the way Canelo’s dreadful misplaced game plan against Bivol (20-0, 11 KOs), it was a decision that he came up with rather than his trainer Eddy Reynoso. Canelo thought he knew better than Reynoso, and boy did he pay the price for his shiftless neglect.

Benavidez says that even if Reynoso wanted Canelo to follow his strategy to rip the WBA crown from Bivol, he was on cruise control, doing what he wanted to do, thinking he could knock out the champion with a one-punch KO.

All the wins that Canelo had accumulated against a group of paper champions in Billy Joe Saunders, Rocky Fielding, Callum Smith, Caleb Plant, and Sergey Kovalev made him sloppy and completely undisciplined.

Bivol took advantage of Canelo’s laziness and undisciplined fighting style, which of a poor man’s version of Floyd Mayweather Jr, and took him to school.

“Now they know they have to have a better game plan this time and have to be more dedicated and follow a game plan to beat Dmitry Bivol,” said David Benavidez to Fighthype about Canelo Alvarez needing a better strategy for the rematch with Dmitry Bivol.

As much as Benavidez would like to see Canelo use a better game plan in the rematch, Sean Jones doesn’t see it as possible.

All the time that Canelo is spending playing golf has left him without the conditioning needed for him to fight hard for more than three rounds. Moreover, Canelo’s inability to throw combinations, means that he’ll be stuck throwing one punch at a time, hoping that he can score a one-punch knockout.

“If it was me, I would have gone to the body more and thrown a little more combinations, and I feel like I would have had the opportunity to hurt him.

“I feel a lot stronger at light heavyweight. I sparred Dmitry Bivol already,” continued Benavidez. “It would be a great fight [against Bivol] because he’s coming off a lot of momentum, and he had this great victory over Canelo Alvarez.

“As I said before if I don’t get any of these fights at 168, I definitely want to go up to 175 and start my reign there.

“I want to be as respectful as possible, but I dominated most of the sparring sessions,” said Benavidez about his sparring in the past with Bivol.

“With these guys, you have to be at your top game. It’s not like it was a one-sided sparring session, or it’ll be an easy fight. Dmitry Bivol is a top-level fighter, and to beat him; I’d have to be at my best.

“At the beginning, he fought a smart fight and didn’t want to make any mistakes,” said Benavidez about Bivol in his fight last Saturday. “He wasn’t throwing too much.

“I told everybody that he’s trying to catch his timing to see what he throws or make Canelo think that he’s not going to throw nothing back in the later rounds and come back with counters.

“He [Bivol] ended the fight really good. He didn’t commit to exchanging when he didn’t have to, and he did when he had to throw. Probably for the fans, it wasn’t as exciting as it could have been, but he fought the perfect fight.

“He was committed to throwing only when he throws. It was a good game plan for them [Team Bivol].

“I’m in a good position too because people are very excited to see this fight,” Benavidez about him and Canelo. “Everybody knows by the way I fight that the fight that I and Canelo could have would be very exciting.

“I love to exchange and take some punches too. It would be a great fight, and I feel like I’d be ten times more entertaining than Canelo than him against Bivol again,” Benavidez said.

“It puts me in a good position,” Benavidez said. “The only thing it takes away Canelo losing to Bivol is that I wanted to be the first one to do that,” said Benavidez in expressing disappointment about Bivol getting to Canelo to expose him before he could do it,’ Benavidez said.

It would be wise for Benavidez to forget about getting a shot at fighting Canelo, as there’s a very good chance that his career is going to be washed up after he faces Bivol again and loses the rematch.

Canelo’s career is going to be finished for all intents and purposes after Bivol makes easy work of him a second time, and the last thing he’ll want is a grueling match against Benavidez.

Its been obvious for a long, long time that Canelo wants no part in fighting Benavidez. Now that Canelo has been soundly beaten by Bivol and will probably get beaten even worse, there’s NO way on earth that the Mexican star is going to fight Benavidez after losing again.

As bad as Canelo is, he’s probably going to lose to 40-year-old Gennadiy Golovkin, which would be his third straight defeat after Bivol thrashes him. The pride that Canelo has will be gone, disappear, and he’s not going to want to fight Benavidez to get totally humiliated.

If Canelo does return to the 168-lb division, he’ll focus exclusively on these three fights:

Those three are likely the main choices for Canelo before he hangs up his gloves to finish up his career. At this point, Canelo is fabulously wealthy and mainly interested in playing golf.

Canelo lives in Mexico, which makes him even wealthier, and he doesn’t seem to have the drive that he once did.

“I always thought Canelo was a great fighter, but I never thought he was unbeatable, and you see a lot of holes in his game; you see that he’s human.

“The fight [with Canelo] is still as big as it was, and it could still be one of the biggest fights of this decade,” Benavidez said of a fight between him and Canelo.

“I would definitely like to see him [Canelo] get a win in the rematch. Everything I’ve been saying, I think the people are starting to see now. There are holes in Canelo’s game, and he’s NOT Mayweather.

“Mayweather was a defensively sound fighter, an extremely fast fighter that threw a lot of combinations. Canelo is more of a one-punch fighter.

“He’s going to try and knock you out every round, but there are also opportunities to hit him and beat him,” said Benavidez. 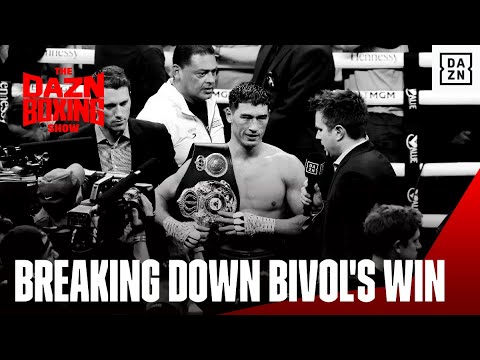 
« Charlo on Terence Crawford: “He’s got to get past Spence and that ain’t going to happen”