By Robert Segal: David Benavidez says he doesn’t believe that Jermall Charlo will move up to 168 to fight him, as he’s been telling the media recently.

Although Benavidez (25-0, 22 KOs) would gladly welcome a fight against the unbeaten Charlo (32-0, 22 KOs) because it would help his chances of getting a lucrative match against Canelo Alvarez, he doesn’t see the Texas native being serious about mixing it up with him.

Benavidez feels that Charlo is just looking to get the big money fight against Canelo without actually earning it by fighting the best.

That is to say, Jermall is exclusively focusing on padding his record with wins over cannon fodder level opposition to artificially inflate his resume to lure Canelo.

When looking at the recent opposition Jermall has fought, it’s difficult to disagree with what Benavidez is saying about him cherry-picking like mad.

Jermall’s opposition is pretty much on the same level as Jaime Munguia, a fighter that has a resume that is inflated with wins over fluff.

“I don’t think anything of that until I get the contract and the fight is made,” said David Benavidez to Fighthype when told that Jermall Charlo said last week that he’s going to move up to 168 to fight Benavidez.

“A lot of people say stuff and are forced to say things when the cameras are around, but how many times has he [Jermall] said that, that we were going to fight? A lot of times.

“So until something happens, everything he says is bull s*** coming out of his mouth,” continued Benavidez about Charlo having a habit of blowing smoke.

“I don’t know what he wants. He wants a Canelo fight, but come on, you got to take a big risk to get that big reward,” Benavidez said when told that Jermall’s trainer Ronnie Shields told Fighthype that there’s not enough incentive to fight Benavidez for just the WBC interim super middleweight title on the line.

The sad truth is that even if Benavidez did fight Jermall and beat him, it’s unlikely Canelo will look in his direction for a fight.

Canelo could have fought Benavidez many times over but chose instead to fight a slew of British fighters and his old sparring partner Avni Yildirim. That should tell you all you need to know about Canelo’s intentions.

“I feel like the biggest fight aside from Canelo for Charlo is me. We all win, and our stock goes up. That’s what people don’t understand. They’re too ignorant, and they don’t want to give anybody else credit that ‘I’m just the face of the show, and I don’t need anybody,’ but that’s not how boxing works.

“In order to get to the next level, I need [Jermall] Charlo, I need Caleb Plant, and I need Canelo. That’s just the reality of that,” said Benavidez. 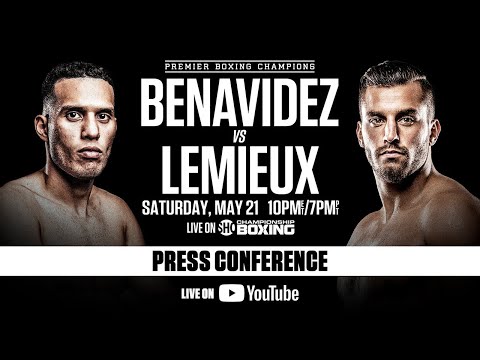