Champions in the Ring Not Necessary Out of the Ring!

By Ken Hissner: In all my years promoting, managing, and advising my share of managers, promoters, and of course, boxers, here are a couple of experiences.

In November of 1982, I promoted what would be the third and last of my promotional events under the name of Spartacus Promotions.

This event would take place at Easton High School in Easton, Pennsylvania. While outside the offices of WBC World Heavyweight champion Larry “The Easton Assassin” Holmes, I met up with his younger brother Mark Holmes who was 21-0 at the time.

I asked Mark if he would like to take part in an exhibition on the show. He replied, “I’d love to since I haven’t fought in Easton as a pro, but you have to check with my brother Larry.” Mark would end his career at 38-1 and not fight in Easton until his final fight. Many years later, I would nominate him as a member of the HOF Committee for the Pennsylvania Hall of Fame, where he was inducted.

Having been a sales representative and having spoken with Larry on my visits to his area, I felt he was a Jekyll and Hyde character. You never knew what mood Larry would be in when you were around him.

Off I went very reluctantly off to get permission from Larry. I explained to him that 10% of the profits from the show would go to St. Anthony’s Boxing Club, where he and Mark got their start. Larry’s reply was, “I ain’t putting my brother on some rinky-dink show!”

After leaving Larry’s office, I made the mistake later watching him spar at his gym. While he was sparring, he suddenly stopped and walked to the ropes and pointed to me sitting in a chair, and said, “I ought to come down there and beat the s*** out of you. The next time I tell you something, don’t go to my brother!” Knowing I hadn’t, but since there was a pond outside the gym and I’d probably be thrown in it and couldn’t swim, I quickly left the gym.

Years later, Philadelphia’s matchmaker Gary Hegyi would tell me, “I must have quit and been fired twenty times working for Larry putting on his shows!”

It would be years later, at a press conference Holmes was holding, I stood up and asked a question. “Larry, didn’t Nick Wells stop you twice in the amateurs?” He replied, “yes.” Then came the zinger, “you don’t really think you beat Timmy Witherspoon and Carl “The Truth” Williams, do you?” You could see his facial expression changing to like, “who the hell is this guy?” After hesitating, he replied, “I got the decisions, didn’t I?” I replied, “that’s about all you got!”

At that moment, his partner Jay Newman approached me and said, “Hey buddy, can you calm it down?” I showed him an 8×11 picture of me between Holmes and his chief sparring partner Philly’s Marvin Stinson, and he said, “oh Ken, it’s you.” I replied, “you know I can’t stand this guy and have waited years for this.” I then sat down.

Even when a statue of Holmes was put up in Easton, I heard he paid for it, unlike the one in Philly of “Smokin” Joe Frazier that was put up by donors.

Speaking of Frazier, I remember being in his Philadelphia North Broad Street Gym one day, standing near a boxer on a heavy bag. I heard a voice from behind me, “Hey, move, or I’ll use you for a heavy bag!” I turned around, and it was Joe. I wanted to say, “if I was Sonny Liston, you wouldn’t say that!” But I figured Joe meant business, and I would be his heavy bag and left the gym.

Years later, I asked a motorcycle buddy of Joe’s, police officer Naz Gallie of Whitemarsh Township, where Joe lived, “why don’t we have a surprise party for Joe?” He replied, “for Joe? You don’t even like Joe”.

After trying through Joe’s secretary for months while Joe was on the road with his band “Joe Frazier and the Knockouts,” the officer said he’d approach Joe’s wife Florence, whom he knew.

When we got to the house, Florence was thrilled and said, “no one has done anything like this for Joe since we moved here.” Who walked in the front door but Joe. He said, “what you guy’s doing here?” Mr. big mouth, the cop, never said one word the entire time Joe was there.

NEWS:   Just How Good Was Larry “The Easton Assassin” Holmes?

I told Joe, “we were planning a surprise party for you at a local country club.” He asked, “who is paying for this?” I replied, “half the people like your mother in South Carolina we will fly up for free, but the other half would pay like the Maxwell Club (football organization).”

He replied, “when Joe gives a party, no one pays!” I thought to myself he wasn’t giving the party, and I wasn’t going to be stuck paying for it. Joe said, “I don’t think so,” and walked out the back door of his home where his wife Florence was standing. She asked, “Joe, where are you going?” He replied, “I’ll be back when I’m back.”

Years later, Joe would come to Wilmington, Delaware, for boxing man Dave Ruff to talk to the kids at the local Fraims Boys and Girls Club, and he was as nice as could be with the kids. I have to say Joe was one of the most popular boxers in Philly.

The odd thing was in November of 1983, Joe put his son Marvis then 10-0 and unranked, in a non-title fight with then-champion Larry Holmes, 44-0. Marvis was stopped at 2:57 of the first round. After the fight, Holmes said, “that’s for all the whipping your daddy gave me in the gym!”

I’ve met others like 4-division world champion Pernell “Sweet Pea” Whitaker at a book signing for boxing judge Carol Polis who urged me to talk to him three times, saying, “he’s such a nice guy.”

I reluctantly approached him and asked, “who was your toughest opponent?” He replied, “all of them!” Former champions Mark Breland and Iran “The Blade” Barkley were also there. After him saying that, I turned and walked away when I heard Breland say, “he only talks to the ladies, Ken.”

I’ve met with Muhammad Ali four times, and as brash as he was in his career, he was one of the funniest persons I ever met. I once stood next to Hector “Macho” Camacho at a boxing event, and the usually cocky boxer was as nice as can be. So you never know in the ring and out of the ring how a boxer will treat you.

In meeting with WBA Lightweight champion Ray “Boom Boom” Mancini, I found him to be arrogant, while his one-time opponent, 3-time world champion Alexis Arguello was a class act when I met with him.

I look forward to reading comments from some of our readers about their experiences with well-known boxers. 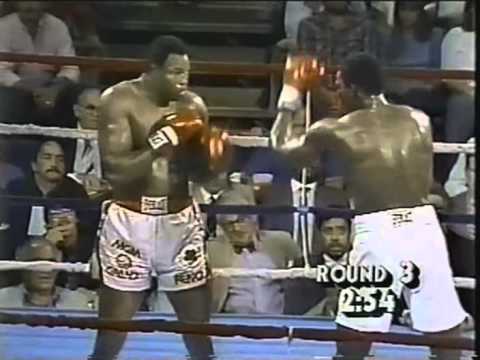