By Jack Tiernan: Canelo Alvarez’s trainer Eddy Reynoso says it’s not a usual situation for his fighter to be taking on the taller 6’0″ Dmitry Bivol this Saturday night.

It’s no big deal for Reynoso that the 5’7 1/2″ Canelo is giving up 4 1/2″ inches in height to the six-footer, considering that he’s already fought five opponents over six-foot during his 17-year professional career, and it’s nothing new for him to be fighting another tall fighter like Bivol

What might be more difficult is for Bivol to make the adjustment to fighting a guy as short as Canelo because he’s been facing mostly taller fighters during his eight-year professional career.

“We have always had taller boxers since he debuted,” said Eddy Reynoso to the boxing media about Canelo Alvarez, having grown accustomed to fighting taller fighters like Dmitry Bivol.

“It was always challenges with him because he is a short fighter, but he sees how far he has come with his build that he has known how to use it. On Saturday, he will have to do the same, what he has done all his career,” Reynoso said of Canelo.

“Maybe when he moved up to 168 pounds,” said Bivol to Pro Boxing Fans, when asked how long he’s wanted to fight Canelo. “I see his fights, and I see his good sides and his bad sides.

“No, I don’t want to talk about [Canelo’s bad sides]. I think people know what they are and the weak sides that he has. I’d rather not discuss that right now,” Bivol said when asked about the flaws in Canelo’s game that he’s observed.

“No, it doesn’t surprise me because he has a bigger fanbase than me. It’s fine, and I accept that,” Bivol said when asked if he’s surprised that the judges have him as the underdog against Canelo.

“I expected this. It’s no problem for me and a new challenge for me. No, I don’t think about that,” Bivol said when asked if he considers what he’d gain in terms of being added to the pound-for-pound list if he beats Canelo.

“I only think about winning this fight and defending my belt. He’s a good boxing expert? I don’t know; it’s just his opinion,” Bivol said when told that Jake Paul is predicting an easy win for Canelo over him. 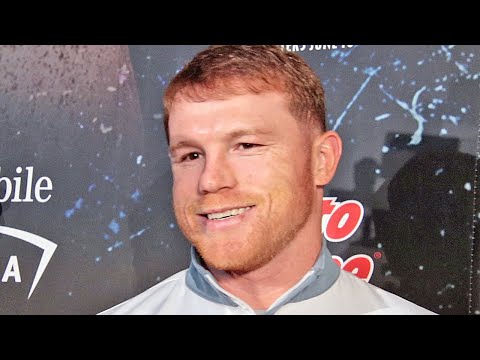