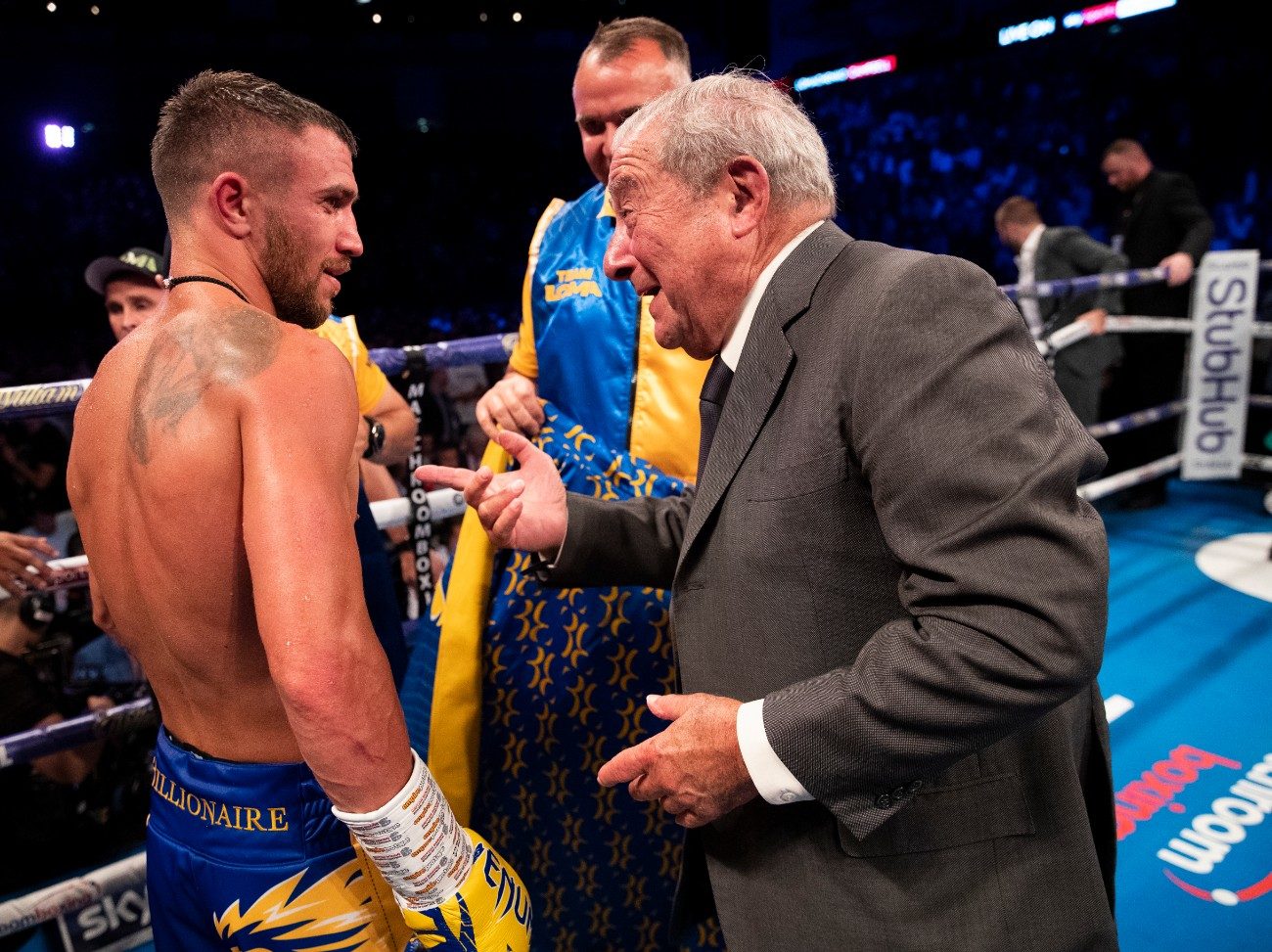 By Huck Allen: Vasyl Lomachenko is trying to find a way out of Ukraine to face undisputed lightweight champion George Kambosos Jr. in June.

Lomachenko (16-2, 11 KOs) needs to find a way to safely leave Ukraine, where he’s defending his country from the Russian invasion.

Getting out of the country to begin training camp in the U.S won’t be an easy task for the former three-division world champion Lomachenko, though, because men between 18 and 60 are required to fight.

Leaving Ukraine may prove to be difficult for Lomachenko and highly dangerous. On the flip side, staying to defend is also hazardous for Loma, so he’s got a real dilemma.

How will Lomachenko stay focused on his training, given what’s happening in his country? It could prove problematic for Lomachenko to stay dialed in for a full training camp without being distracted, especially in seeing entire cities razed to the ground by the Russian military machine.

Assuming Lomachenko does leave Ukraine, there’s a chance that he could find things very different when he returns to his country after facing Kambosos on June 5th.

Lomachenko’s team is seeking a way for him to still fight Kambosos this June, sources tell @MikeCoppinger. pic.twitter.com/xno61W2FdE

Haney’s promoter Eddie Hearn sounded optimistic on Tuesday that he would make the fight with Kambosos.

Of course, Hearn assumed that the two-time Olympic gold medalist Lomachenko would be staying in Ukraine.

“Efforts being made to allow Loma to leave for training camp so undisputed title fight can proceed on June 5 in Australia,” said Mike Coppinger.

“Under martial law in Ukraine, able-bodied men between the ages of 18 and 60 are prohibited from leaving the country to aid in defense against Russia.”

Lomachenko will be opening himself up to a lot of criticism if he leaves Ukraine to fight Kambosos.

Given all the abuse that Lomachenko will receive from boxing fans for leaving his country during the war, you can argue that he’s better off staying in Ukraine and fighting until the bitter end.

Leaving now would look bad, seeing how his country needs every person they can get. The dangers of trying to exit Ukraine are also an essential factor that Lomachenko must weigh because it could be hazardous.

It’s going to look to some like the 34-year-old Lomachenko is running from the war, using his fight with Kambosos as an excuse to dodge the fighting against the massive Russian army.

“Officials involved require that a Kambosos opponent be locked in by the end of March to allow for the typical eight-week promotional push, sources said,” said Coppinger.

“If there’s no clarity regarding Lomachenko’s ability to leave Ukraine by next week, talks will intensify with Devin Haney.” 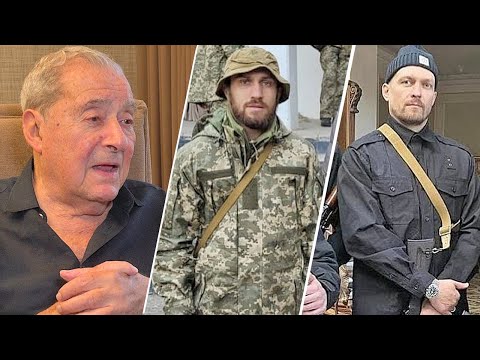 Vergil Ortiz Jr speaks after pulling out of Saturday’s fight »