Bob Arum wants Vasily Lomachenko vs. Shakur Stevenson after both win their next fights

By Sean Jones: Promoter Bob Arum says he wants to put together a fight between Vasily Lomschenko and Shakur Stevenson next year if the two of them win their subsequent battles.

Arum plans on matching WBO super featherweight champion Shakur Stevenson (17-0, 9 KOs) against Miguel Berchelt next in a match that would get a lot of boxing fans excited in the U.S.

Although Shakur has repeatedly been telling the boxing public and media that he wants to face WBC 130-lb champion Oscar Valdez next, that’s not going to happen right away.

Valdez vs. Stevenson still needs to marinate by having Shakur go through Berchelt and then Lomachento get to the match with Oscar.

Will Shakur refuse to fight Lomachenko?

If Shakur refuses to fight both or one of those fights, you can read between the lines that he doesn’t fancy his chances against them, particularly Lomachenko.

Arum says he already spoke to Valdez’s manager Frank Espinoza and they want to take the fight with former two-division world champion Emanuel Navarrete next. Also, Vargas’ trainer Eddy Reynoso wants the Navarrete (35-1, 29 KOs) fight next, so the decision has been made that he’ll be next. 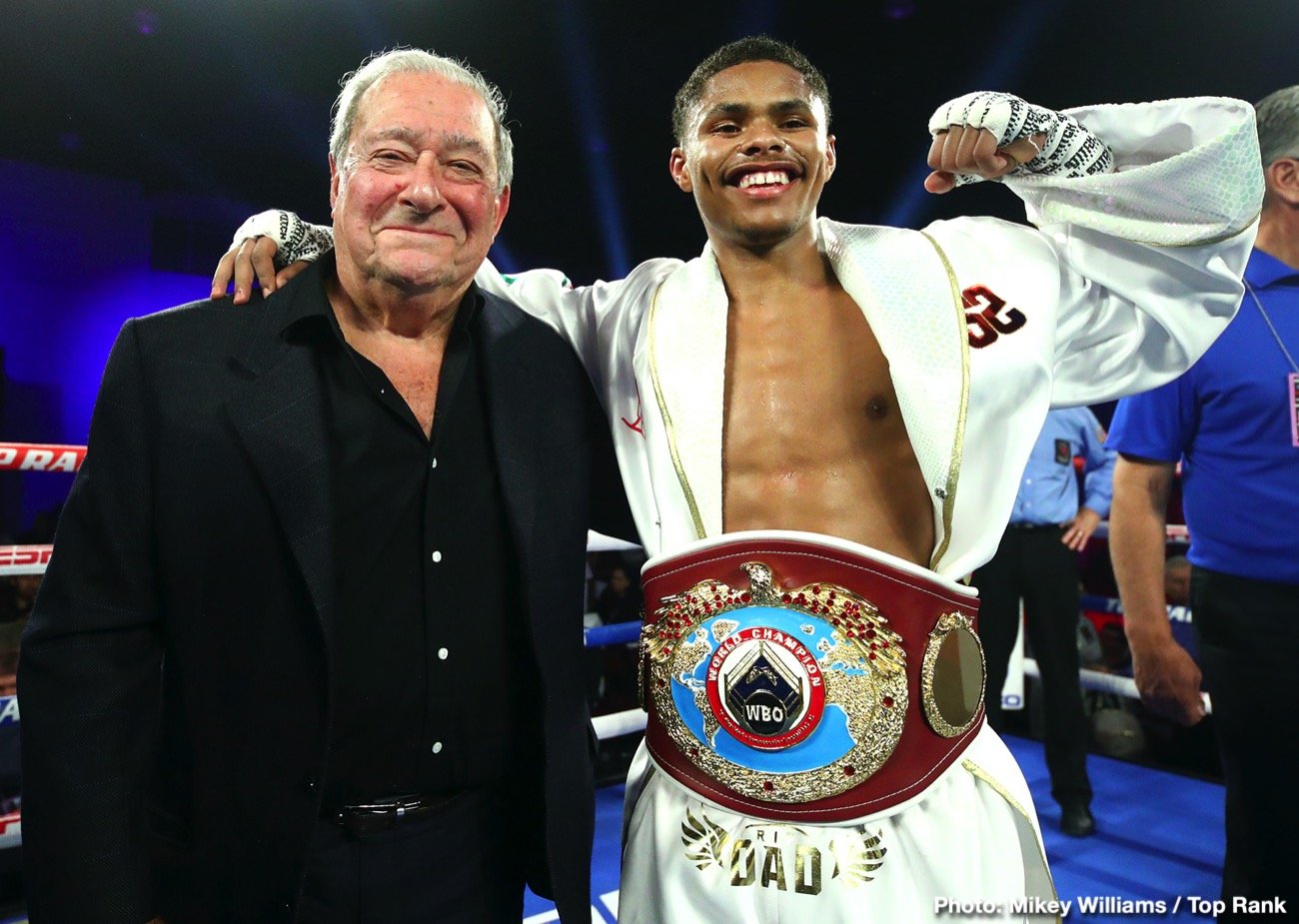 In the meantime, Arum would like to have Stevenson defend against former WBC super featherweight champion Berchelt (38-2, 34 KOs) in his next fight.

If Stevenson wins, Arum is interested in taking on the former three-division world champion Lomachenko (15-2, 11 KOs) in his next fight, provided Loma defeats Richard Commey next month in their fight on December 11th on ESPN at Madison Square Garden in New York.

Lomachenko vs. Shakur Stevenson would be a massive fight for the fans in 2022, and it would be the perfect setup for the winner to take on Teofimo Lopez. Of course, that’s if Teofimo is willing to fight the winner.

Sean Jones has doubts whether Teofimo would be willing to accept another fight with Lomachenko at this point. Short of dragging Teofimo into the ring kicking & screaming, I don’t think he’ll ever agree to fight Lomachenko again.

Valdez to fight Navarrete next

“I know Shakur would like to fight Oscar [Valdez], but I think the Navarrete people after their fight in San Diego [against Joet Gonzalez last October] got me and said, ‘We want to fight Valdez next,’ and I spoke to Frank Espinoza, the manager for Valdez, and he says he spoke to [Oscar’s trainer] Eddy Reynoso and they like the Navarrete fight,” said Bob Arum to ESNEWS.

“So, if the two fighters [Oscar Valdez and Emanuel Navarrete] want to fight each other, that’s the fight will make,” said Arum in making it clear that Shakur Stevenson WON’T be fighting Valdez next as he’s been calling for.

“That’s a possibility, yeah,” said Arum when asked if Shakur could face former WBC super featherweight champion Miguel Berchelt next. “We got great talent in the 130-lb division.

“Yeah, that could [be a possibility between Vasily Lomachenko and Stevenson]. The fight that I would love to do, assuming Loma gets by [Richard] Commey [on December 11th], at 130, 135, or a catchweight, Loma and Shakur. That’s a wonderful fight,” said Arum about a big fight he wants in 2022.

We know that Lomachenko would take the fight with Stevenson in a hot second, but it’s highly questionable whether Shakur will agree to it.

I mean, Stevenson looks good against old guys like Jamel Herring or lesser opposition like Joet Gonzalez and Jeremia Nakathilia. Still, it’s a different story for him to fight someone actually talented, like Lomachenko.

Shakur might have flashbacks of his loss to Robeisy Ramirez in the 2016 Olympics when it comes to agreeing to a fight with Lomachenko, and it’s questionable whether he would agree to the battle.