By Sean Jones: George Kambosos Jr. says that he’s hearing the date for his fight with three-belt lightweight champion Teofimo Lopez is on November 13th. Eddie Hearn’s Matchroom Boxing has taken over to stage the fight after Triller failed to put it on.

If the November 13th date is when the Teofimo vs. Kambosos Jr fight will take place, Hearn needs to announce it already because that’s only a month away.

To hype a fight like this, it’s going to take a lot of work because the fans aren’t demanding Teofimo fight Kambosos. This a fight that Teofimo chose instead of fighting a rematch with Vasily Lomachenko,

Like Teofimo, the IBF mandatory Kambosos Jr. (19-0, 10 KOs) has been sitting and waiting for the fight to happen all these months. It now looks like it’s finally going to take place next month, assuming the November 13th date is valid.

It’s one of those fights that will need good undercards because DAZN won’t likely bring in more than a small handful of new subscribers for this non-marquee fight. Kambosos Jr. is well known in Australia, but he’s not a big name in the U.S.

It’ll be good for Teofimo to get this fight out of the way because fans want to see him move up to 140 to challenge Josh Taylor for his four belts.

Taylor vs. Teofimo will be an excellent fight for the U.S and UK fans, and give them the chance to see what Teo can do against another quality guy.

Teofimo dropped the ball by choosing to defend against Kambosos Jr. rather than take a lucrative rematch with Vasily Lomachenko or take on one of the popular lightweights in the division.

“Eddie Hearn, I knew 100% he was going to take the fight because why would you bid in the first place? This is a big fight. The whole world is talking about it.

“Most of the interviews, you’ll here Kambosos – Lopez being talked about, which is incredible. My name is growing by the second. Many viewers are going to watch this fight. It’s bad blood and I’m excited to fight on Matchroom’s show

“Now, they’re talking about November 13th. Whatever day Eddie Hearn wants to do it. He’s the promoter and he’s paying the money. I’ll fight him [Teofimo] any day,” said Kambosos Jr. 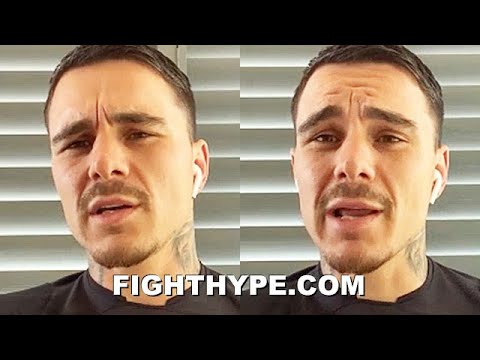