By Chris Williams: Shawn Porter says he’s not sure whether Deontay ‘Bronze Bomber’ Wilder can come back from his 11th round knockout loss to WBC heavyweight champion Tyson Fury last Saturday night at the T-Mobile Arena in Las Vegas.

Wilder (42-2-1, 41 KOs) took a lot of punishment in the loss to Fury, the second punishing fight in a row for the Bronze Bomber. Given all the heavy shots Wilder took in those two fights, it remains to be seen if he can come back to be the guy he was.

Porter believes Wilder has the energy to resume his career and still be a top fighter, but we won’t know for sure until he fights again. Wilder’s co-manager Shelly Finkel said that he’ll be out of action until April or May 2022.

Deontay suffered a broken hand and finger in the loss to Fury, as well as an injured knuckle. Wilder will be having surgery next week on the problems. Additionally, Deontay has been suspended until April 2022 by the Nevada State Athletic Commission due to knockout.

Wilder’s management must pick a beatable opponent when he returns because we don’t know what we will get from him. He might fall apart once he starts getting nailed and hit the deck again.

Wilder can come back

“As far as his boxing ability, until he started to get hit, I would say that improved,” said Shawn Porter to Fighthype about Deontay Wilder. “I could see their game plan. If you get hit, come right back.

“I actually thought it was his game plan. I thought they drilled that in. ‘You’ve got to fight this man, and you’ve got to get him as soon as he gets you.

“At times, you could see that he was worn down and still punching. I thought that was his game plan, and it was showing up even though the fatigue that he had.

“That side if I had to grade it, that will, that determination, that heart that we saw in this fight, I’d say it was an A-, B+,” Porter said of Deontay.

“Deontay has the ability to be the same fighter because of his energy and because of his mentality as a human being and also as an athlete,” said Porter.

Wilder was worn down from the fifth but fighting on heart alone and refusing to give in to Fury. The punching power of Wilder kept him in the fight longer than he should have lasted.

“I think the perfect question is, will his body be the same. Is his health now affected because of that war [with Fury],” said Porter.

“That, of course, remains to be seen but I said on the telecast that there are several fun and exciting fights to see him in.

“I think now what I’ve done is reverted my mind to not expecting greatness when he gets in the ring, but expect excitement and expect him to be fun, give us something fun to watch.

“Possibly Usyk,” Porter said when asked if Wilder can still beat the other top heavyweights apart from Fury. “I still believe he [Deontay] can beat Joshua.

“I still believe he can beat Joshua because even beyond his right hand, I think when you size them up, there’s something in there that tells me that he can beat Anthony Joshua even now going through what he’s been through,” said Porter in believing Wilder still beats Joshua.

With Wilder’s punching power, he can probably stop Joshua still if he nails him with one of his right-hand shots. The shots that Wilder dropped Fury with in the fourth round likely would have knocked Joshua out. 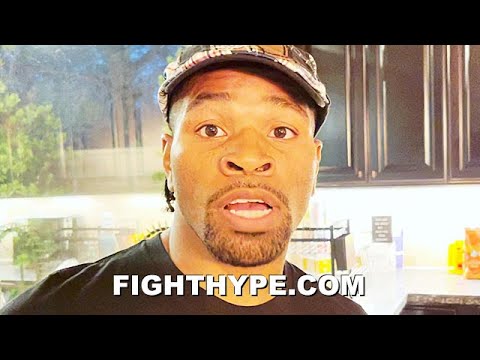