Fury keeps shirt on for weigh-in, not a good sign for trilogy with Deontay

By Scott Gilfoid: Tyson Fury surprisingly kept his shirt and pants on during his weigh-in on Friday for his third contest with Deontay Wilder.  The combination of Fury’s weight and out-of-shape-looking appearance could send a lot of betting money Wilder’s way.

This is a terrible sign, reminding Gilfoid of how fat Andy Ruiz Jr. was for his rematch with Anthony Joshua in 2019.

Weighing-in at a career-high of 277 lbs, WBC heavyweight champion Fury (30-0-1, 21 KOs) looked nowhere near the physical shape he was in a year and a half ago when he weighed 273 lbs for his seventh round TKO victory over then WBC champion Wilder (42-1-1, 41 KOs).

Why is Fury so fat?

His flabby physique may have fueled Fury’s decision to wear a shirt.

Fury either started camp extremely fat or didn’t push himself hard enough to get the weight off. Either way, he looks NOTHING like the fighter that destroyed Wilder in 2020. 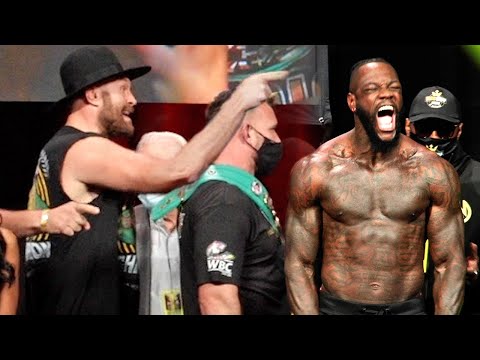 Whatever protein shakes Fury was downing to bulk up for last year’s part, he looks like he exchanged for greasy hamburgers and french fries. There’s no comparison to how Fury looked a year ago and what his physical appearance was today.

Could it be that Fury’s ego was so out of control that he didn’t take Wilder serious enough for him to put in the hard work in the gym? That might be the reason or why Fury is so fat now. Of course, you can’t rule out Fury not being able to walk away from the kitchen table.

Fury explains WHY he wore a shirt

“There would have been 15,000 Brits in here today,”  said Fury after the weigh-in. “I know they’re all with me, heart and soul. We all march forward as an army.

“The fact that he kept his clothes on, you have to remember, he’s a heavyweight,” said Lennox Lewis to Fighthype in sounding in denial.

“So he doesn’t have to do his weigh-in with his underwear or anything like that.  He can basically step on the scale, and he came in at a good weight [277 lbs] with his clothes on,” said Lennox ignoring that Fury looked flabby and very fat.

How in the world can a professional athlete like Fury let himself go physically before a fight of this magnitude? If Fury loses this fight, he can forget about the $100 million+ payday against Anthony Joshua in 2022.

I hate to say it, but Fury may have ruined any chance of winning the trilogy fight with Deontay by coming in obese.

Fury will get wiped out on Saturday unless he can somehow move his out-of-shape 277-lb frame around the ring.

“Both guys looked good. We won’t know until fight night if they put the right fuel in the tank,” said Shawn Porter to Fighthype in talking about Wilder and the shirt-wearing Fury.

“No concern. The scale said 277, and he had everything going.  He’s a little lighter than that,” Porter said, ignoring the fact that Fury looked considerably fatter than he was for the rematch with Wilder in 2020. You could see the fat around Fury’s torso and arms. He resembled a trucker driver that fed himself on greasy foods at truck stops around the U.S.

“I think it was a good idea for him to do that. I think he put on a little more strength,” said Porter when asked about his thoughts on Wilder coming in at a career-high weight of 238 lbs. “It’s going to pay off for him.” 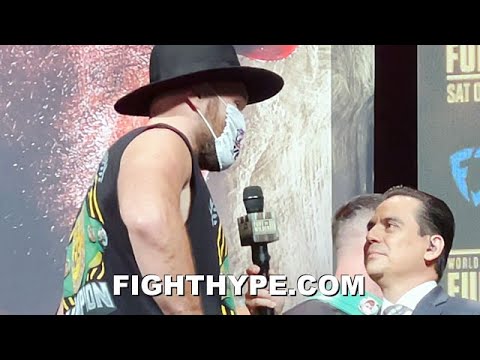 Caleb Plant responds to Canelo saying he’s going to break his jaw: ‘Going to have to back that up’ »