Arum has doubts whether former IBF/WBA/WBO heavyweight champion Joshua (24-2, 22 KOs) will be successful in an immediate rematch with Usyk (19-0, 13 KOs) after the way he lost to him recently on September 25th.

So instead of Joshua, 31, taking a risky fight with Usyk, which Arum believes he’ll lose, he wants WBC champion Fury (30-0-1, 21 KOs) to face the Ukrainian Oleksandr for the undisputed heavyweight championship.

In the meantime, Arum advises that Joshua take a confidence-builder fight against someone that he can beat to help him get back on the winning track.

Not surprisingly, Arum feels that Fury has a better chance of defeating Usyk than Joshua at this point. From there, if Fury beats Usyk, as Arum expects, a fight between Tyson and Joshua could take place, and it would be a huge event.

Arum says Joshua has a tough task in rematch

“Again, I have no idea how he’s going to approach it,” said Arum when asked how Anthony Joshua could defeat Usyk in their rematch in 2022. “The only way Joshua beats Usyk is to go in and trying to bulldoze him and trying to beat him up, press the fight.

“The problem there is Joshua doesn’t have the greatest chin, and Usyk, although basically a cruiserweight, is still a good puncher. So, I don’t know if it’s wise for Joshua to take that risk. But I don’t know enough about Joshua.

“I’ve seen his fights, but I don’t know his character and personality, so I wouldn’t even attempt to advise him how to fight Usyk,” continued Arum. “All I’m saying is that it’s a very, very tough task.

“I knew that when they [Matchroom Boxing] made the fight because I know Usyk very well because he’s such a good friend of Vasily Lomachenko. He’s a terrific fighter, Usyk is, and he’ll beat most heavyweights, including Joshua,” said Arum.

There’s a good chance Usyk will defeat Joshua in their rematch in early 2022 and significantly damage his career.

Joshua and his promoter Eddie Hearn don’t believe Usyk can win the rematch, but they’re going to have pie on their faces if that’s what happens.

“I think one heavyweight that may be a bridge too far for him [Usyk] is Tyson Fury,” said Arum about Fury possibly beating Oleksandr.

“I think him [Joshua] not holding a world title would mean anything, but if he fights Usyk again, which I don’t think is wise to do, and gets beat again.

“If Tyson beats Wilder, and then after another fight, we make a Tyson fight with Usyk and Tyson beats Usyk, it’s a very hard sell, Joshua and Fury at that point.

“It’s not that it can’t get done because there’s tremendous interest in both of these guys, particularly in the UK.

“The idea of having Tyson fight Usyk and having a contract for the winner obligated to fight Joshua would make in my mind a lot of sense, but this is boxing, and people aren’t sensible, and egos get in the way.

“I would take on another fight and get my confidence back and let Usyk fight Fury if Fury wins on Saturday [against Wilder] and do it that way. Again, that’s the sensible way, and in boxing, unfortunately, people aren’t sensible,” said Arum.

There might be too much ego in place for Joshua and his promoters at this point, and they’re not going to be willing to walk away from the rematch with Usyk.

It would take a lot of courage for Joshua to be humble enough to walk away from Usyk without attempting to avenge the loss, but it would be the wiser move. If Joshua values his career, he’ll listen to Arum and take him up on his offer of having Fury face Usyk instead. 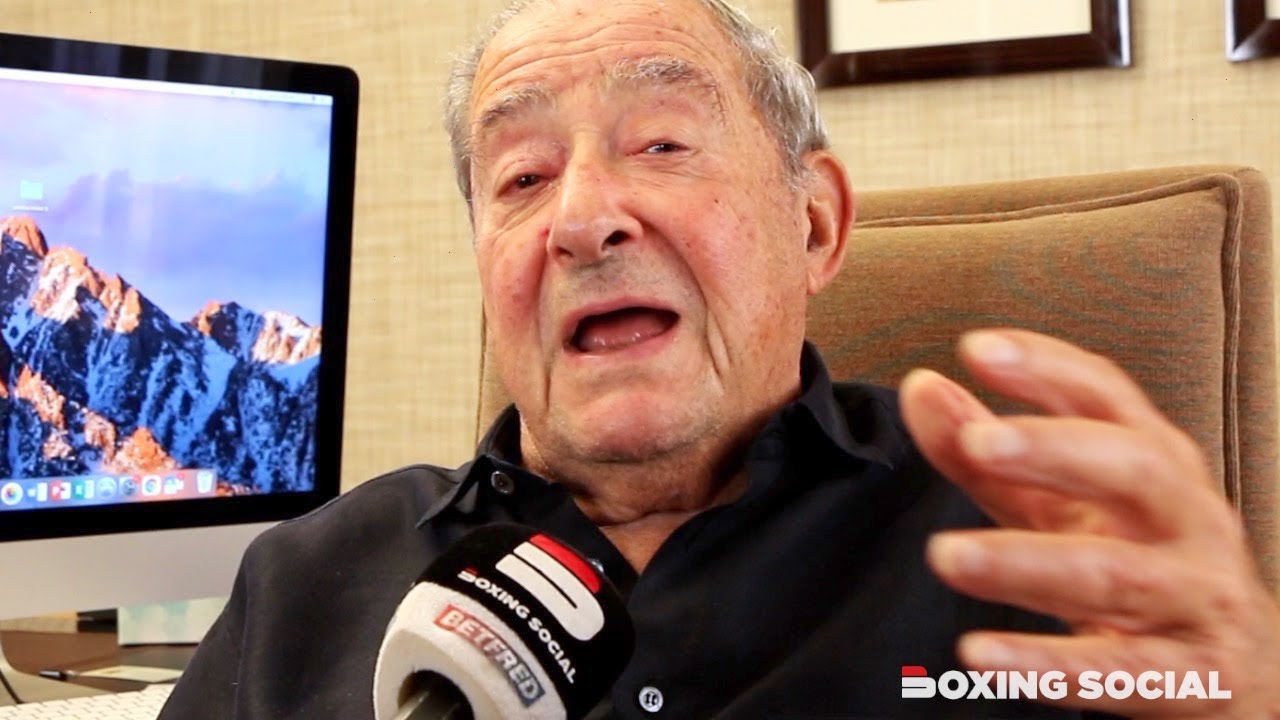 ‘This is the end of Deontay Wilder’ predicts Tyson Fury »