Anthony Joshua is 32, he’ not a rookie says Frank Warren

By Charles Brun: Promoter Frank Warren doesn’t buy into the excuses given for why Anthony Joshua lost to Oleksandr Usyk last week. Warren sees former IBF/WBA/WBO heavyweight champion Joshua’s 12 round unanimous decision defeat to Usyk due to him fighting the more talented fighter.

We heard from Joshua’s promoter Eddie Hearn and his fans that he’s still learning and that he’ll go back to the drawing board and improve.

Warren views the excuses as empty because Joshua will be turning 32 on October 15th, and he’s NOT a rookie in the sport just starting. With Joshua’s experience as a pro and as an amateur, he should have been ready.

“No,  it was an emphatic win,” said Frank Warren to ThaBoxingvoice when asked if Usyk’s victory over Joshua was ‘questionable.’  “What in that fight would make you think there was any doubt about it? He out-boxed him.

“After the fight, they said he’s [Joshua] going back to the drawing board; he’s still learning and needs to learn his trade. He’s 32 years of age.

“He’s not some young rookie. What planet is everyone on here? He [Joshua] got beat by the better fighter on the night, who showed more balls, and that’s the bottom line of it.

“This guy [Joshua] went into camp for six months, training, training, and training with an exceptional trainer, who was up until 12 months ago, the number fighter on the planet for me.

“He did everything right. Why are people giving an excuse for Joshua? There are no excuses. He got beat by the much better fighter.

“If Tyson Fury had been in there, who matches Usyk in boxing skills, except Tyson is a much bigger guy, much more powerful, has got a longer reach and punch, how long would Joshua have last?

“That would have gone three rounds. He [Joshua] was wobbling in the third round,” said Warren.

Joshua ran into a better fighter than himself in Usyk, but obviously, it’s a bitter pill for him and his fans and his promoter Hearn to swallow. It hurts facing the reality that Joshua wasn’t good enough and that his time as a top fighter is pretty much over with.

Usyk beats Joshua in the rematch

“Usyk did what he had to do,” Warren said on Oleksandr’s win over Joshua. “He was the most outstanding cruiserweight of his era, and he came through and beat Joshua.

“He basically outboxed, took him to school, and he wasn’t far off from stopping him. You got to put him up there with the likes of Evander Holyfield because he did what he had to do against the guy.

“I don’t want to tempt fate by thinking that Tyson is just a formality against Wilde,” said Warren. “That’s a tough fight still.

“Wilder is a dangerous character, but I think Tyson has his number. But having said all that, reflecting on Saturday’s fight, Anthony Joshua did himself a great disservice.

“Yeah,” said Warren when asked if Usyk defeats Joshua in the rematch. “Anthony Joshua, his big thing is that everyone bought into his power.

“The fact that he was a big guy and had tremendous punching power,” said Warren.

It’s safe to say that Usyk obliterates Joshua in the rematch and ends his career as a significant player.

If Joshua’s promoter Eddie Hearn wants to help him out, he’ll try and talk some sense to him, let him know that it’s a terrible idea to fight Usyk again.

If Joshua takes this rematch, he’s going to wind up on the canvas, staring at the lights. Hearn won’t be able to rebuild Joshua’s shattered career by feeding him fodder.

Even journeyman-level guy like Derek Chisora would be going for the headshot against Joshua, knocking he can’t take a punch and doesn’t have the stamina to fight hard for more than a few seconds.

AJ has been gunshy

“Once you’re not throwing those shots and your not a great boxer, then you are what you are,” Warren continued. “And the fact of the matter was that the writing was on the wall after the first Ruiz fight.

“It was what it was, and all the excuses were made for it. But the second Ruiz fight was more telling for me because Ruiz looked like he trained in his larder, as we all know.

“He can in, and in the fourth round, he clipped Joshua. He threw a really good left hook and clipped him, and then Joshua went on the back foot completely.

“I’m thinking look at this big guy; why isn’t he imposing himself? With all the attributes that he’s got, his reach, his jab, he can throw a right hand; why isn’t he doing it?

“He just didn’t do it. You kind of reflect looking back at quite a few of his fights over the last few years.

“He’s been wobbled a few times and been caught, for example, by Dillian Whyte and Carlos Takam.

“They all wobbled him. Big punchers, when they’re throwing big punches, they leave themselves exposed.

“If you’re worried about being exposed, you don’t throw the big punch, and that’s what happened last Saturday [with Joshua vs. Usyk],” said Warren.

Most boxing fans would agree that Joshua has looked gunshy since his stoppage loss to Andy Ruiz Jr. in June 2019.

Yeah, Joshua opened up on his offense against Kubrat Pulev last December, but that guy was 40-years-old, had no power, and looked older than his age.

If you were to create the perfect gimme opponent, you’d come up with the old-timer Pulev. It was pathetic. With all the talented contenders in the heavyweight division dying for a title shot against Joshua, Pulev gets the opportunity.

Right off the top of my head, I could pick twelve contenders with more talent than Pulev, and yet he was given a title shot. That fight didn’t show how gunshy Joshua is because Pulev was just a stiff.

Usyk will be stronger in the second Joshua fight

“So what do I think of the second fight? I think Usyk will come out stronger if there is a second fight [with Joshua],” Warren said. “I think he’ll come out much stronger, and he’ll do a job.

“Maybe next time, he may stop him. He [Usyk] said something after his last fight through his interpreter.

“He said his instructions were [from his trainer] to just box him and not go for the knockout. By the way, there should be a big shout-out to his trainer [Anatoli] Lomachenko.

“I thought he put Rob McCracken to shame. He got his tactics dead right. Anthony Joshua didn’t do anything different from round one to round twelve.

“It was just repetitive, and I said the tactics from Anthony Joshua will be to go out from the early stages of the fight and impose himself.

“Get behind his longer reach and jab and let right hands go and try and take him out.

“He didn’t do that, and I thought at the end of the fight that if Usyk were still standing, he’d get the decision because he’d outboxed him.

“What surprised me is how he [Usyk] outboxed him. I expected him to get under the jab to try and work on the inside with body shots and uppercuts.

“He didn’t do that. He was beating him [Joshua] to the jab and beating the guy with all the physical attributes to the jab. And he was out-jabbing him,” said Warren about Oleksandr.

Warren is right. Usyk will be better in the rematch with Joshua if there is one, and he’ll likely stop him.

The only reason Usyk didn’t knock Joshua out last week was that he was listening to his trainer Anatoli Lomachenko just to box him.

In the rematch, Usyk will go for the kill and finish Joshua because he knows he can’t take a punch and he has dreadful stamina. 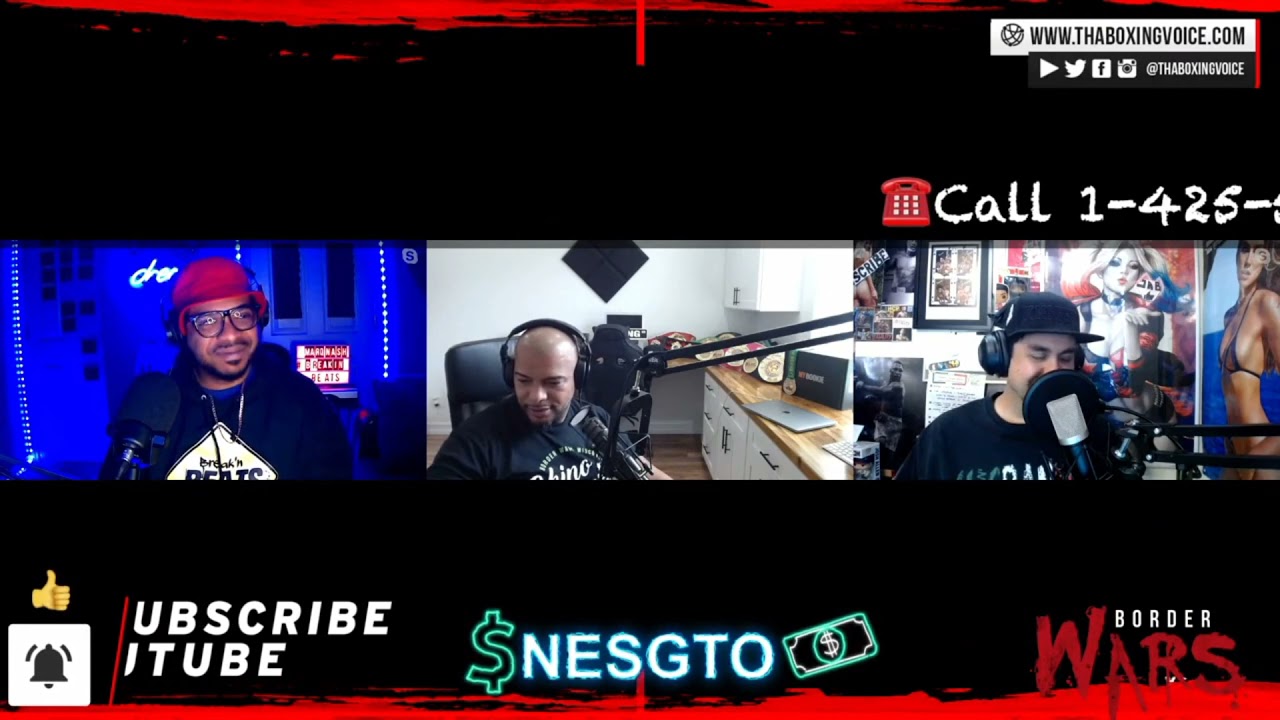