By Jim Maltzman: Tyson Fury’s dad, John, says Deontay Wilder will take too much damage in their fight on October 9th, and he’ll need to retire from the sport afterward.

John doesn’t mean any ill-will in his prediction of Wilder (42-1-1, 41 KOs) being retired by his son WBC heavyweight champion Fury (30-0-1, 21 KOs). The ‘Gypsy King’ Fury is training to hurt Wilder and hurt him he will on the night. 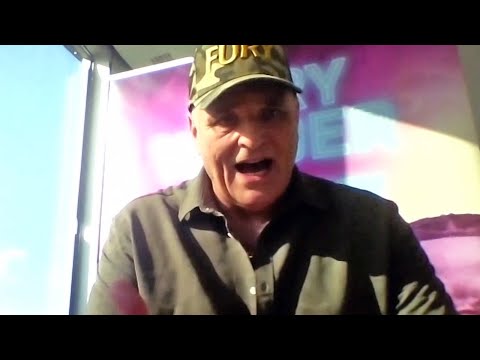 The trilogy fight between Wilder and Fury is taking place at the T-Mobile Arena in Las Vegas. This is supposed to be Wilder’s “redemption,” but Fury has other ideas.

John feels that Fury’s training from SugarHill Steward will take him to victory once again with the same results as last time he fought Wilder in 2020.

Although Johnson is picking Fury to win, he says there’s always a possibility he could be wrong. With Wilder’s punching power, he could end the fight with one shot if he hits Fury cleanly with his right hand.

“He’s probably got people telling him he can do the impossible, but when you’re up close and personal, and the lights are on, it’s game on,” said John Fury to Fighthub TV when asked if Wilder can win the rematch with Tyson.

“He’s carrying a lot of demons, Wilder. He got ridiculed last time. He got a severe beating, and you don’t get over that in a hurry. Tyson is mentally fresher in every department,” said John.

Wilder isn’t too concerned about the ridicule that he went through. He’s more upset with just taking a bad beating from Fury and losing his WBC title.

Their first fight in 2018 was competitive, with Wilder knocking Fury down twice in the contest but getting outboxed for long stretches.

In their rematch last year, Fury hit Wilder on his left ear in the third, causing him to go down and lose his equilibrium. 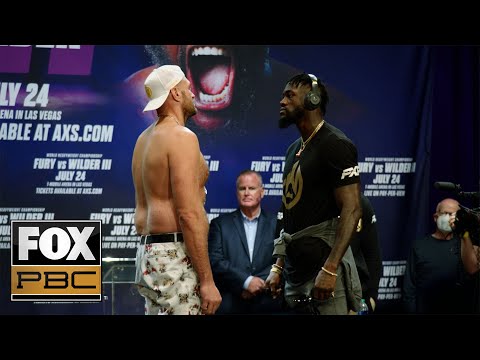 Wilder’s ear was bleeding after that, and his balance was gone. From that point on, Wilder took a one-sided beating from Fury, which ended in the seventh round when his trainer threw in the towel.

“He’s [Wilder] got a puncher’s chance,” said John. “Unless Tyson goes to sleep on the job and gets complacent, that’s Wilder’s only chance of victory, and that’s not going to happen.

“Tyson is going into this fight like he’s trying to win it, not defend it. Tyson is hungry like he’s never won a championship before,” John said.

Wilder is capable of winning the fight even if Tyson isn’t complacent. Fury can be totally dialed in and still lose if he gets hit by one of Wilder’s booming right hands.

“I don’t care what Wilder does,” said John. “What I’m seeing, Wilder is no match for him. Tyson is going for a knockout in an explosive fashion. That’s what he’s trained to do.

“He’ll know when to fight and when to box, and I don’t think Wilder has the intelligence to cope with that.

“The way I see it, the result will be the same, but I think he [Wilder] gets a worse beating than he did before,” said John Fury. “Retirement stages for him.”

It’s difficult to imagine Wilder getting a worse beating than he did the last time they fought. All the work Deontay did with his trainer Malik Scott on using movement will make it difficult for Fury to punish him again.

“He’ll [Wilder] be too badly damaged because Tyson has been training to hurt him and hurt him bad, and I mean that in the most nicest way I can. “I don’t want to see him hurt.

“There’s life after boxing. But Tyson is training to do a demolition job,” said John Fury.


« Anthony Joshua is 32, he’ not a rookie says Frank Warren

Ted Cheeseman: “This Is The Last Hurdle For Me At British Level” »