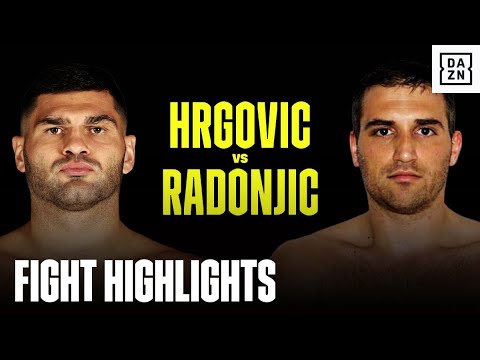 In the first round, a right from Hrgovic dropped Radonjic. A combo dropped him a second time. Two more knockdowns with rights on the head, and the referee still didn’t stop it.

In the second round, a right on the head halfway through the round and down went Radonjic for the fifth time. At the beginning of the fourth, Hrgovic scored another knockdown forcing the referee to finally wave it off.

In the first five rounds, it was all Smith as Pelaez switched from southpaw to orthodox to no avail, being cut over the right eye in the third.

In the eighth round, Pelaez suffered a cut over the left eye. In the tenth and final round, Smith continued out, landing Pelaez.

In the third round, Ryder had Jurko against the ropes landing a flurry of punches drawing blood from his nose. In the fourth round, a lead left from Ryder opened up blood on the nose and mouth of Jurko. In the fifth, Ryder had Jurko so busted up the referee wisely called a halt.

In the first round, Barou landed a right to the head and left to the body, dropping Spencer to a knee taking the count.