Canelo shoves & swings on Plant during face off

By Dan Ambrose: Canelo Alvarez went off on IBF super middleweight champion Caleb ‘Sweethands’ Plant, shoving him hard during their face-off and then swinging on him after Plant retaliated with a sweet left hook that just barely missed the jaw of the Mexican star.

Things were going bad from the start with Canelo yapping about Plant not being on his level. But things got out of hand when Plant gave Canelo a piece of his mind, calling him a “drug cheat” and questioning why his teammate Oscar Valdez wasn’t suspended after he was recently popped for a banned substance. ]

Canelo reacted to something Plant said to him during the face-off by giving him a hard shove that sent him flying across the stage. Plant then walked up to Canelo and threw a lightning-fast left hook with knockout intentions written all over it.

The shot may have hit Canelo, but he came back with a short right hand of his own that made contact. You could tell that this wasn’t staged. The two dislike each other, and they wanted to finish things right there on the spot.

Canelo: “You’re not on my level, and you will see on November 6th,” said Canelo to Caleb Plant during Tuesday’s kickoff press conference.

Plant: “You’re a cheater. You got suspended for six months. F*** you!”

Canelo: “Say whatever you say; I’ll see you November 6th.” 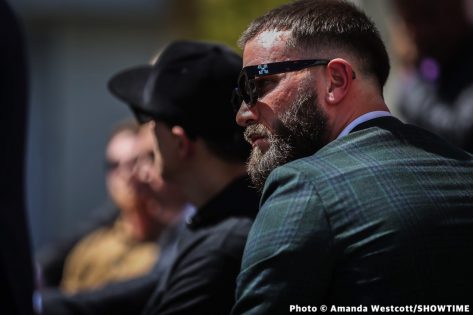 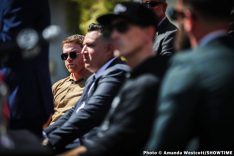 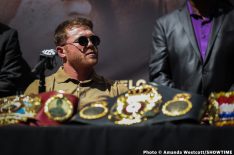 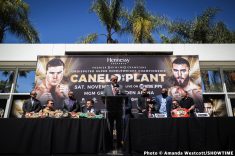 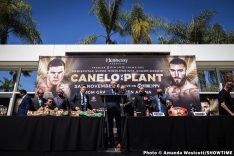 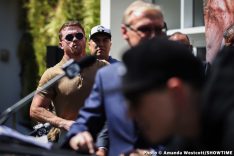 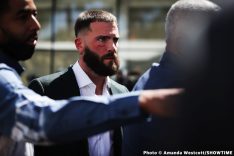 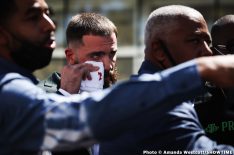 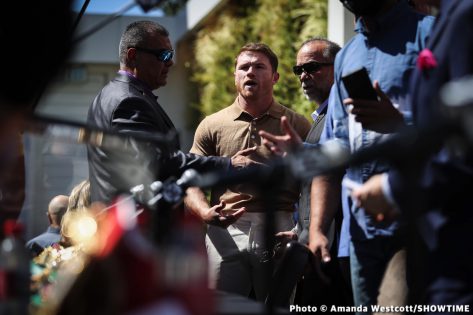 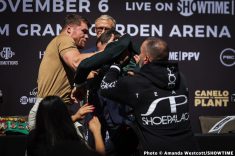 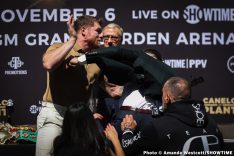 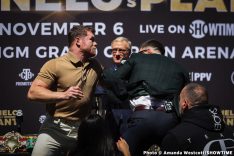 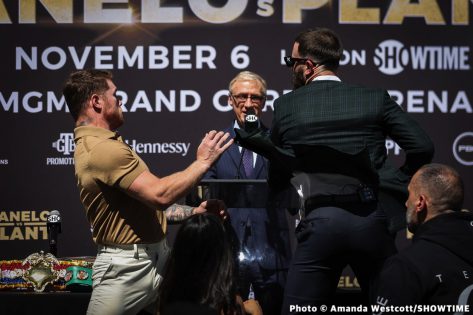 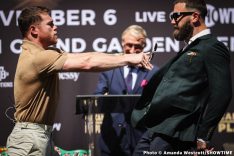 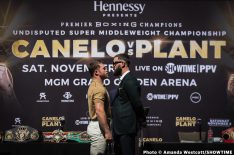 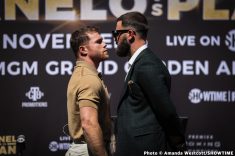 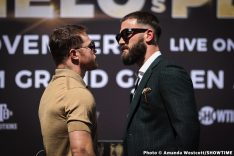 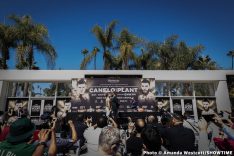 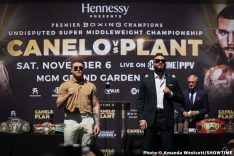 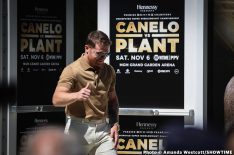 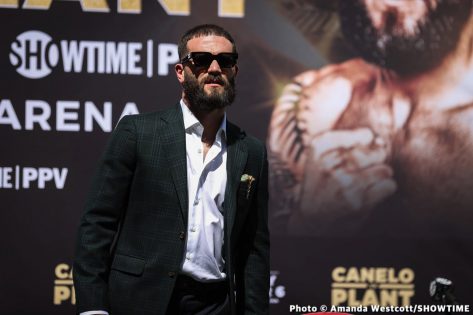 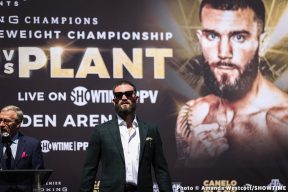 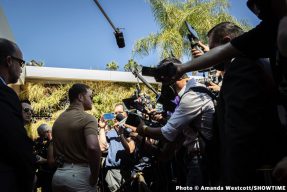