In the second round, Kavaliauskas landed a right uppercut on the chin, hurting Ortiz, who went down but referee Laurence Cole called it a slip. In the third round, a left on the chin from Ortiz and down went Kavaliauskas just prior to the bell and saved by it.

In the next two rounds, Ortiz controlled though he had a red welt on his right cheek in a hard fight. In the sixth round, it was Kavaliauskas who had the edge landing an overhand right getting the attention of Ortiz.

In the eighth round, Ortiz scored a knockdown with a left to the body. He jumped on Kavaliauskas, landing a left hook on the chin and down for the second knockdown. Upon rising, Kaaliauskas was dropped for a third time with a left on the chin that should have ended the fight by the referee.

The fourth knockdown with a flurry of punches finally ended the fight by one of the worst ref’s in boxing Laurence Cole who finally waved it off.

“It could have been prettier. It felt like a four-rounder, and I’m not tired. I am ready for Crawford, Spence, or Pacquiao,” said Ortiz.

In the first four rounds, Gutierrez was outworked by Alvarado. In the sixth round, a right from Alvarado hurt Gutierrez. In the eighth round, Alvarado rocked Gutierrez with a right on the chin. Alvarado had a small cut over his left eye.

In the eleventh round, Alvarado continued chasing Gutierrez. In the twelfth and final round, the left side of Alvarado’s face was bruised, but he lacked no fighting back as Gutierrez won the final round.

In the first round, Vazquez landed a right that Alvarado countered with a right, and down went Vazquez as referee Louis Pabon counted him out. 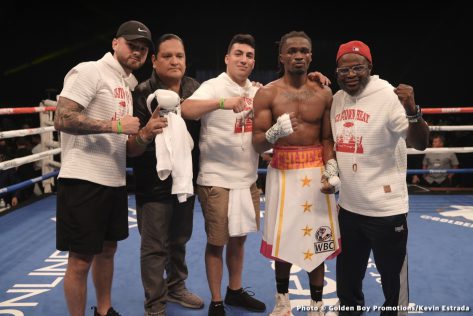 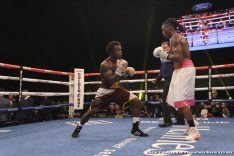 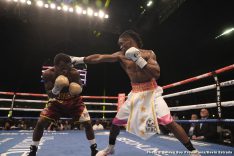 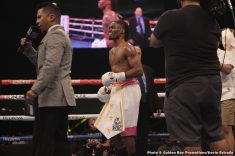 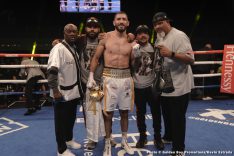 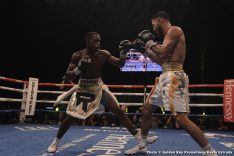 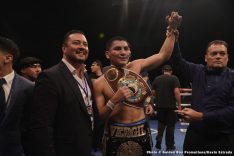 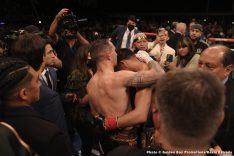 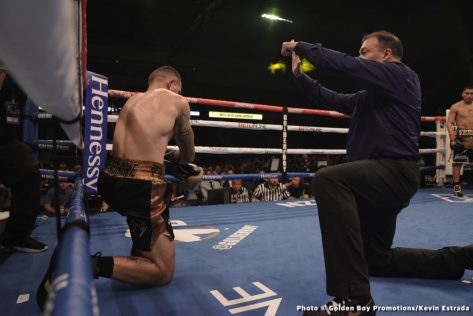 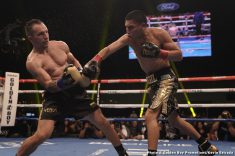 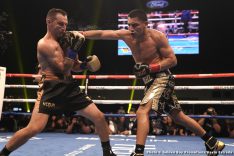 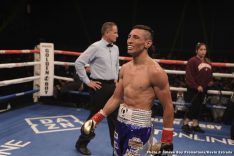 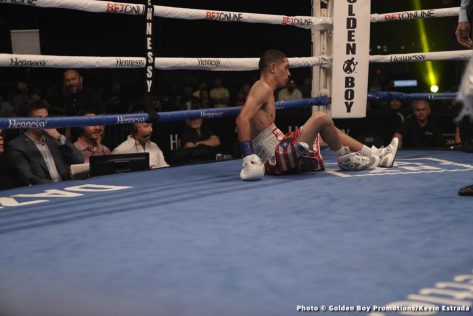 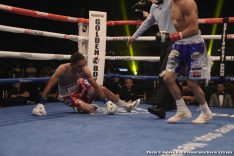 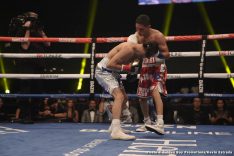 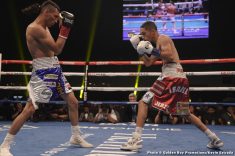 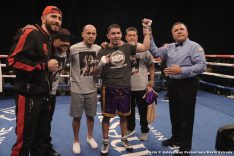 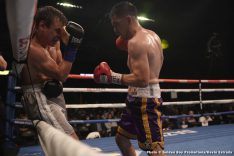