By Jeff Aronow: Guillermo Rigondeaux will be looking to rip the WBO bantamweight title away from champion John Riel Casimero this Saturday night on August 14th in their headliner on Showtime at the Dignity Health Sports Park in Carson, California. The card starts at 10:00 p.m. ET/7:00 p.m. PT.

The former two-division world champion Rigondeaux (20-1, 13 KOs) already holds the WBA secondary 118-lb title after stopping Liborio Solis a year and a half ago in February 2020. Still, now he wants to hold a full title, not a lesser strap. That’s where WBO Casimero (30-4, 21 KOs) comes in.

It’s going to be a big test for Rigondeaux to see if he can deal with the huge power of Casimero, who is one of the most dangerous punchers in the 118-lb division.

Casimero had been scheduled to face WBC bantamweight champion Nonito Donaire, but the fight fell apart after Nonito took issue with some of the trash-talking being done.

Rigondeaux vs. Casimero will be competing with Top Rank’s card on Saturday, headlined by super flyweights Joshua Franco and Andrew Moloney on ESPN+.

We’ll see which card brings in the better numbers. Franco-Moloney has an advantage in that the fight will be on the ESPN+ app rather than on Showtime, one of the premium channels on cable.

In terms of value, it’s fair to say the Rigondeaux vs. Casimero clash is by far the better one because it promises to be a thrilling one from start to finish.

If Rigondeaux will get a chance to get back at his old promoter Bob Arum on Saturday by attracting fans to his event rather than Top Rank’s Franco vs. Moloney card on ESPN+.

Arum didn’t keep Rigondeaux with his Top Rank company after his contract expired.

It’s assumed that his pure boxing style was one of the reasons he didn’t resign Rigondeaux, but Top Rank has a similar fighter in Shakur Stevenson, who is arguably much less entertaining to watch than Rigo.

Arum isn’t letting Shakur go, though. Stevenson takes no risks in his fights, and he has very little power to speak of, but Arum doesn’t complain about him being boring to watch.

Rigondeaux wonders why Arum hates him

Years ago, Rigondeaux did a number on one of Arum’s top fighters Nonito Donaire, beating him by a lopsided 12 round decision in 2013 and wrecking his chances of becoming a star. Did Arum hold a grudge from that episode? Who knows?

All we know is Donaire’s career failed to take off after that defeat to Rigondeaux, and Arum may have made the mistake of not setting up a rematch. At least if they had done that, Donaire would have had the chance to redeem himself.

“Of course, it gives me joy that people are going to be watching my fight over [Top Rank’s] fight,” Rigondeaux said to ESPN. “I don’t know what [Arum] has against me; I don’t know why he hates me. I’m just going to go out there, do my job and give fans a great fight.” 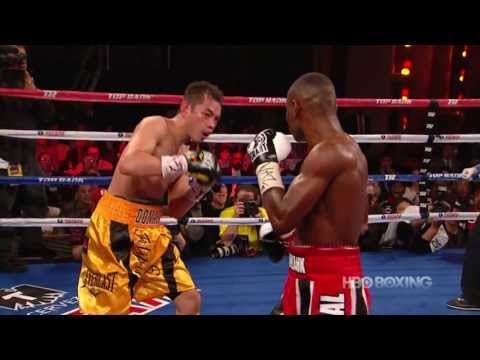 Rigondeaux may not be as fast as he once was now that he’s 40, but his power and his accuracy is just as good as it was eight years ago.

Casimero will have to be less reckless in this fight than he normally is because he’s going to get pick-pocketed by Rigondeaux and badly embarrassed.

This is a fight in which Casimero needs to show more discipline on offense and not come flying in looking to throw wild haymaker shots as he normally does.

If Casimero doesn’t fight with more control, Rigondeaux will have a field day, dissecting the WBO 118-lb belt-holder.

Rigondeaux comes into Saturday’s fight with a three-fight winning streak since his loss to Vasily Lomschenko in 2017. For his part, Casimero has won his last six fights since being outboxed by Jonas Sultan in 2017.

David Benavidez tests positive for Covid-19, fight with Jose Uzcategui off for Aug.28th »