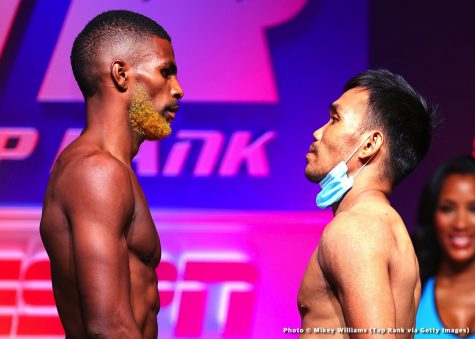 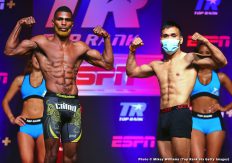 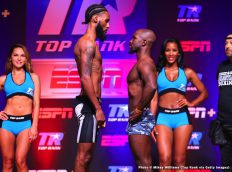 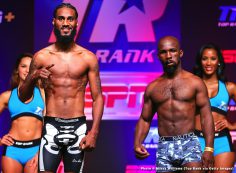 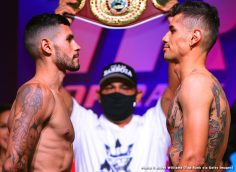 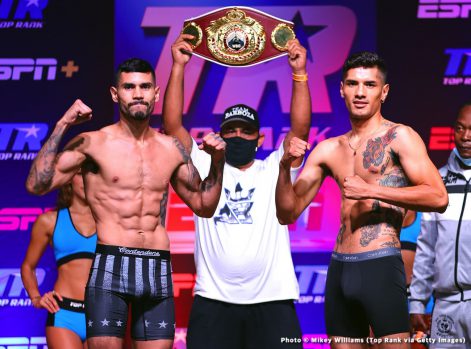 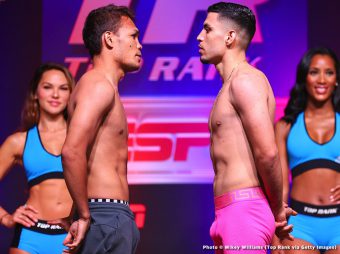 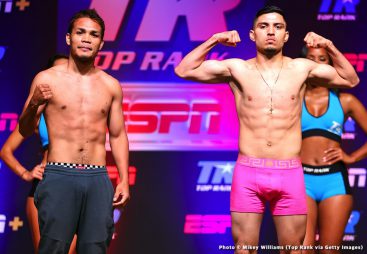 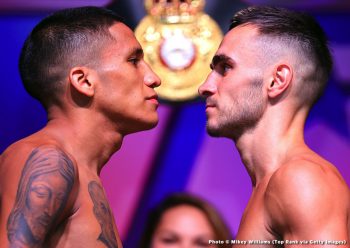 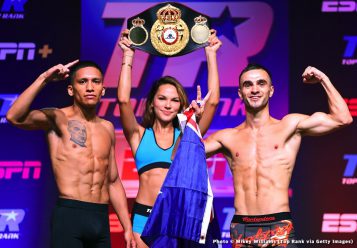 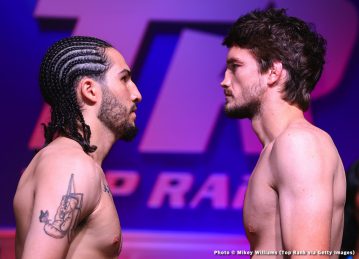 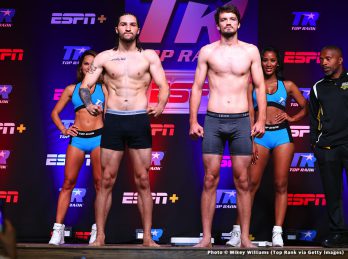 The four-round middleweight special attraction will see the highly anticipated professional debut of Nico Ali Walsh, grandson of Muhammad Ali, against an opponent to be named.

This titanic Tulsa tripleheader will be televised live on ESPN & ESPN Deportes (simulcast on ESPN+) at 10 p.m. ET/7 p.m. PT.

Andrew’s twin brother, bantamweight contender Jason “Mayhem” Moloney, will fight Joshua “Don’t Blink” Greer Jr. in a 10-rounder that will be among the undercard fights streaming live and exclusively on ESPN+ before the televised tripleheader.

Promoted by Top Rank, in association with Tony Holden Productions and Golden Boy Promotions, tickets starting at $49.50 go on sale Tuesday, July 13 at 10 a.m. CST and can be purchased at tickets.hardrockcasinotulsa.com and at the Box Office at 918-384-ROCK (7625).

“The Hard Rock and the fight fans of Tulsa are in for a treat with a grudge match between Franco and Moloney, an all-action fight between Barboza and Moran, and the professional debut of a special young man in Nico Ali Walsh,” said Top Rank chairman Bob Arum.

Franco (17-1-2, 8 KOs), from San Antonio, Texas, upset Moloney (21-1, 14 KOs) via unanimous decision last June to win the world title. In their November 2020 rematch, Moloney dominated Franco over the first two rounds before swelling under Franco’s right eye prompted the fight to be stopped.

Many ringside observers believed a punch caused the damage, which would’ve resulted in a TKO victory for Moloney. The referee in Nevada determined the swelling came from a headbutt, and following a nearly 30-minute replay review, a no contest meant Franco retained his title. The controversy did not subside, and less than one month after the disputed conclusion, the WBA mandated a third fight.

“I’m very excited for this third fight with Moloney. I’ve been preparing very well for this fight, and I’m feeling stronger than ever,” Franco said. “I hope everybody tunes in come fight night because it’s going to be one to remember. I will remind Moloney why I’m the champ. And still!”

Moloney said, “I’ve had to wait nine months to once again fight for what should have been mine back in November. There is no way I’ll be leaving that ring without my world title this time.

I’m sure when he looks at himself in the mirror, he knows deep down he’s not the real champion. He knows there was no head clash. I’ve stayed in the gym and used this time to improve as a fighter. He is up against an even better fighter than he was the last time around. He’s in trouble.”

Barboza (25-0, 10 KOs), from South El Monte, California, is the WBO No. 3 contender, a 29-year-old who has steadily risen the ranks since turning pro more than eight years ago.

After a 3-0 2019 campaign that saw him knock out former world champion Mike Alvarado, he notched a pair of significant wins in 2020 with decisions over Tony Luis and Alex Saucedo. Barboza now readies for Moran (26-4-1, 19 KOs), a native of Mexico City who is 2-0-1 since a 2019 defeat to Devin Haney.

Barboza said, “I’ve been in the gym since the Saucedo fight, and I’m looking forward to this one. He’s a tough, experienced fighter, and we’re looking to put on a good show. I don’t pay too much attention to the rankings. I always train like it’s a world title fight, and I expect Moran to give a great effort.”

Chicago native Greer (22-2-2, 12 KOs), who climbed the world rankings following a string of dramatic knockouts, is 0-1-1 in his last two bouts and eager to recapture the form that saw him knock out seven straight foes from 2017-2019.

Jason Moloney said, “I’m excited to finally be back after what will be nearly 10 months out of the ring. After the disappointment with Inoue, I went straight back into the gym, and I’ve been working extremely hard.

I learned a lot from that fight, and it has pushed me and motivated me to improve and reach another level. This is a must-win fight for both myself and Greer, but this is my road back to a world title, and no one will stop me from achieving my dream of becoming champion of the world.”

Greer said, “I’m dialed in and having a great camp in Las Vegas. My trainer, Kay Koroma, has added a lot to my game. No stone will be left unturned.

Jason Moloney is another top contender, and at this level, you need other good fighters to bring the best out of you. I’m ready to mix it up with him on August 14. I’m thankful to Top Rank, James Prince and Antonio Leonard for this opportunity.”


« John Fury: Tyson will knock out Wilder within 5 rounds

Buatsi vs. Bolotniks, Cordina vs Hernandez – DAZN Weigh In Results »