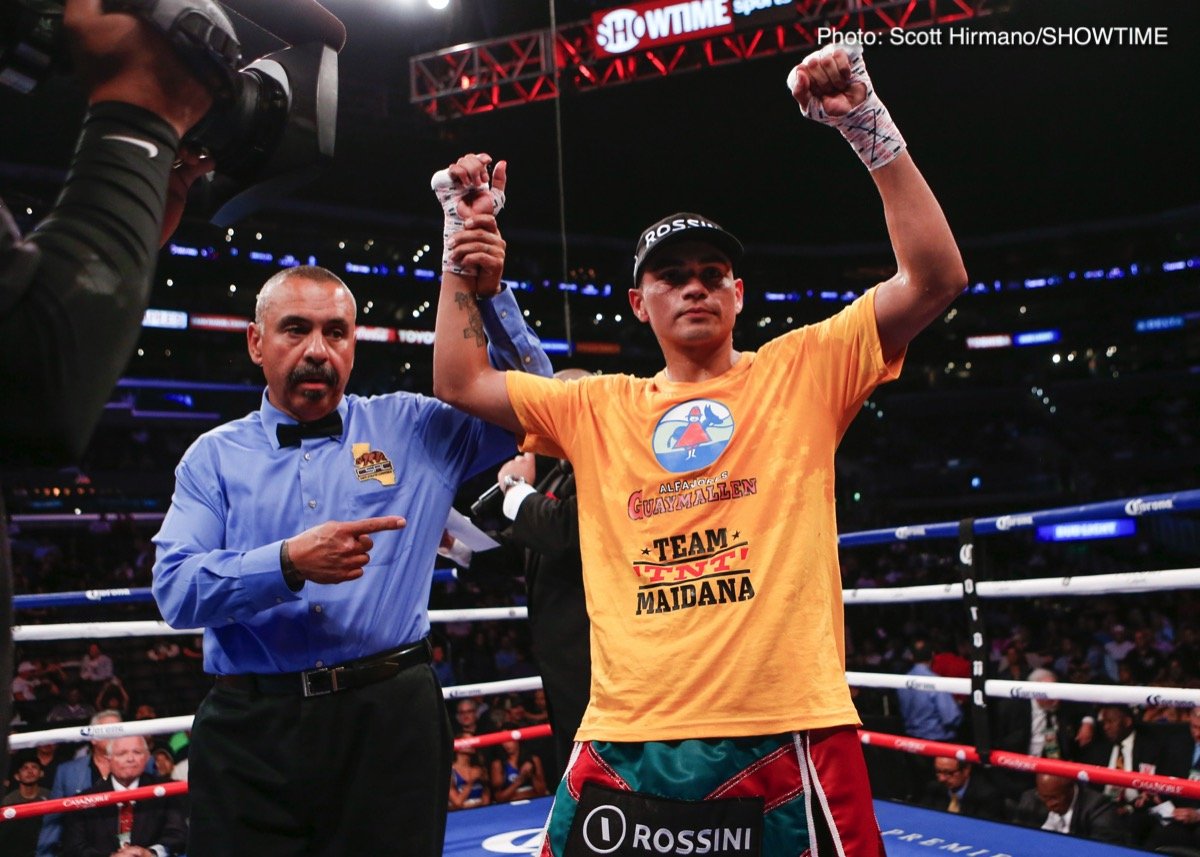 By Dan Ambrose: In a crazy coincidence, Fabian Maidana reportedly suffered a similar eye injury as Errol Spence Jr did last Monday during a sparring session to prepare for his title challenge against WBA welterweight champion Yordenis Ugas on August 21st.

Maidana (18-1, 13 KOs), the younger brother of former two-division world champion Marcos Maidana, had been scheduled to battle Ugas (26-4, 12 KOs) in the co-feature bout on the Manny Pacquiao vs. Spence card on FOX Sports pay-per-view at the T-Mobile Arena in Las Vegas.

Spence and Maidana are now off the card, and Ugas has been moved up to defend his WBA 147-lb title against Pacquiao (62-7-2, 39 KOs) in the main event on the card.

It’s unknown whether the price for the FOX Sports PPV Pacquiao vs. Ugas event on August 21st will drop from the original $74.99 to a less steep price now that Spence is off the card. Unfortunately, it’s likely the price will stay at that level, but it could hurt sales if it’s not dropped.

Pacquiao is a huge star, but his opponent Ugas isn’t well known, and there hasn’t been any demand by boxing fans to see this match-up. Terence Crawford or Keith Thurman would have been suitable replacements to fight Pacquiao at the $74.99 price, but Ugas is a big drop-off in name recognition.

From a marketing perspective, if you’re selling goods that have lost value to them being damaged, you want to mark it down rather than sell it for the original price. It’s only fair to the consumer.

“Sources: Fabian Maidana, who was set to fight Yordenis Ugas in the chief-support bout to Manny Pacquiao-Errol Spence, suffered an injury related to his eye in sparring Tuesday and withdrew from the fight [with Ugas].

ANNOUNCEMENT: Errol Spence Jr forced to withdraw from fight with Manny Pacquiao due to a retinal tear in his left eye 🚨

Yordenis Ugas will step up to replace Spence and will defend his WBA title against Pacquiao on August 21 pic.twitter.com/mcOtpsgVdh

Spence is having surgery on Wednesday to repair a left retinal tear that he suffered during a sparring session on Monday. The question, what was Spence doing still sparring this close to the August 21st fight?

Even if Spence had suffered his eye injury earlier in the camp, he still would have needed to pull out of the fight to have surgery.