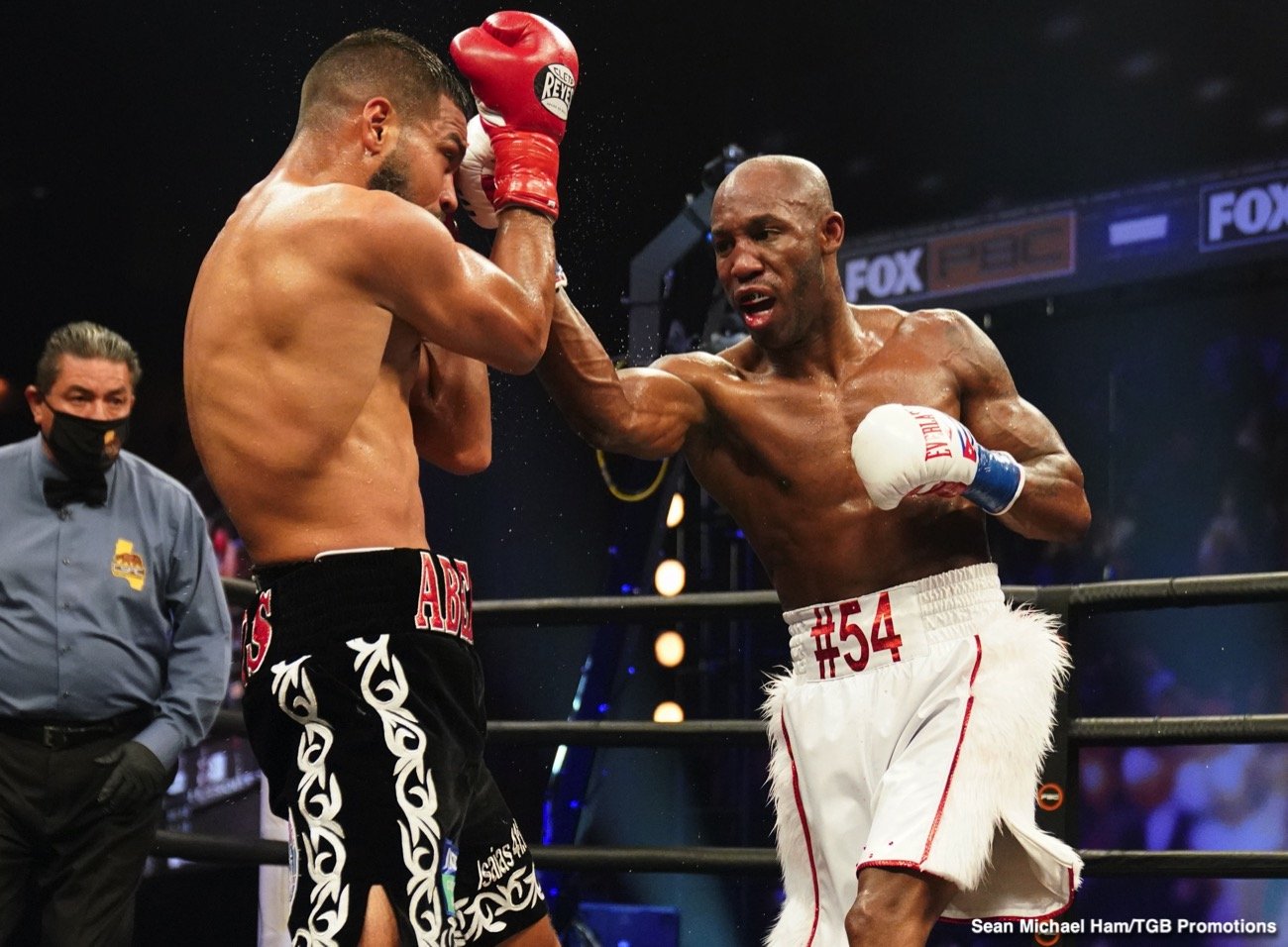 By Jeff Aronow: WBA welterweight champion Yordenis Ugas is over the moon with happiness at being picked as the replacement opponent for Manny Pacquiao to fight in the headliner on August 21st FOX Sports PPV after IBF/WBC 147-lb champ Errol Spence Jr had to pull out of the fight with the Filipino star because of a left eye retinal tear.  Pacquiao vs. Ugas will be taking place at the T-Mobile Arena in Las Vegas.

Fighting Ugas isn’t a sure-thing win for Pacquiao, and Manny may lose this fight unless he outworks him.

Ugas (26-4, 12 KOs) hopes for a speedy recovery for Spence (27-0, 21 KOs) after his eye surgery this Wednesday. But for the time being, Ugas is going to take advantage of the opportunity he’s been given to face

Spence (27-0, 21 KOs) says he went to three different doctors to diagnose his left eye injury, and all of them came to the same conclusion, he says.

As long as Pacquiao defeats Ugas on August 21st, there’s a possibility Spence could face Manny in early 2022. It’s not a given that Pacquiao will beat Ugas, one of the elite welterweights in the division.

Ugas is arguably a step up in talent from Pacquiao’s last opponent Keith Thurman from two years ago in 2019, and he barely won that fight. If Pacquiao loses to Ugas, it could signal the end of his career because there would be no point in him continuing.

Spence had said several times that he wanted to send the 42-year-old Pacquiao into retirement, but Ugas might be the one to do the job.

I have complained in the last year about health problems. However, no health problem has gotten me out of any fight. Sorry for complaining. Mira Spence had the biggest fight of her career and is coming out with an eye injury to her. Praying for him and I hope he recovers soon😞🙏🏾

Keith Thurman (29-1, 22 KOs) would have been a perfect opponent to replace Spence, but ‘One Time’ hasn’t fought in two years, and he probably wouldn’t be ready to take the fight with Pacquiao by August 21st.

Selling a rematch between Pacquiao and Thurman would likely be easier than getting the U.S boxing public excited at seeing Pacquiao-Ugas on August 21st.

Hopefully, Spence can fully recover from his eye surgery, as this is the type of injury that could end his career.

A retinal tear is a serious injury for an athlete, particularly a boxer that gets hit for a living. Spence won’t be able to continue his carer if his vision is impaired in his left eye.

When/if Spence does come back, he’s not likely to immediately jump into a fight with Pacquiao. That would be a risky match to take for Errol, 31, in his first fight back from eye surgery.

“Thank God his physical examination discovered his eye condition before he suffered any further damage,” said Pacquiao in reacting to the news of Spence’s eye injury.

“I have agreed to fight Yordenis Ugas on August 21 for the WBA welterweight super championship. The proper way and the only way to win a world title is inside the ring,” said Pacquiao.

It’s unknown whether Pacquiao was offered other alternatives for him to fight on August 21. Ugas is a good option, but he’s not well known and is more of a belt-holder type of champion.

Ugas arguably deserved a win over Shawn Porter in their fight in March 2019, but there was no question that he deserved losses in his fights against Amir Imam and Emanuel Robles in 2014.

I pray for a full and complete recovery for @ErrolSpenceJr.