By William Lloyd: Eddie Hearn remains hopeful that he’ll be able to negotiate the long-awaited grudge match between welterweights Amir Khan and Kell Brook for November or December.

Although Hearn says he would prefer to match Khan (34-5, 21 KOs) against unbeaten, highly touted contender Conor Benn (18-0, 12 KOs), he’s skeptical whether Amir will agree to the fight.

It would be better for Hearn and Matchroom Boxing if Khan fought rising star Benn because he needs a couple of scalps from popular older lions to help increase his popularity before he starts fighting the elite fighters.

If Khan were a good one, he’d take one for the team and face Benn to help him and Matchroom. It doesn’t seem like Khan wants to be a trooper, though.

He’s more focused on facing someone he can beat, and Brook might be old enough now to where Khan could knock him out like Terence Crawford did last November.

Hearn says he spoke to Khan’s lawyers on Monday, and they want to shop it around to whoever pays the most money. At this point, Hearn isn’t sure if he’ll wind up with the Khan vs. Brook fight or not.

Unfortunately, it will take some time for the match to get made, and it’s not a sure thing that it will. Former IBF welterweight champion Brook (39-3, 27 KOs) wants the fight, but there’s still a long way to go before the match is made.

Brook vs. Khan being shopped around

“I spoke to Amir’s lawyer yesterday, and they couldn’t have been more honest with you. They want to see who pays him the most money, and then they’ll do the fight,” said Eddie Hearn to iFL TV on the Khan vs. Kell Brook possible mega-fight. 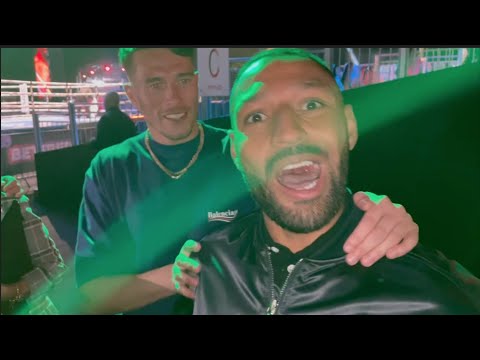 “Like anything, you’ve got a price you got for a fight like that. If that suits up with them, we’ll do it. Some people are telling me that it does buys on Sky pay-per-view that quite frankly it doesn’t even get close to,” said Hearn when asked if he believes the Khan – Brook fight can happen.

“It’s still a good fight. I’d like to do it. It’s still a bit of unfinished business, and we’ll see what happens. I don’t think it’ll happen until November or December anyways,” Hearn said about 2021 being the endgame for the Khan vs. Brook fight. If it doesn’t happen this year, it’ll never happen.

“I’d like to see Amir Khan against Conor Benn. I think Amir thinks, like always when you’ve got a fighter like that who has achieved so much, do you want to fight a young Rottweiler? But who knows?” Hearn said.

Khan vs. Benn might be a bigger fight than Khan-Brook. With Benn’s popularity, Khan could make a lot of money for that fight.

Brook’s career has sagged badly in the last five years due to his knockout losses to Gennadiy Golovkin, Crawford, and Errol Spence Jr.

At this point, the boxing public might not have enough interest in seeing Khan and Brook fight for it to be worthwhile making the contest.

“I think so, end of October, we’re planning,” Hearn said about Dillian Whyte’s next fight. “I’ve got a call with these guys today to go through opponents and plans and to get that into action.

“Charles Martin is on the list. You’ve got Martin, [Jermaine] Franklin, Chris Arreola. These are the kinds of guys that are in the mix for that fight, and he’s ready to go now,” said Hearn.

Former IBF heavyweight champion Charles Martin (28-2-1, 25 KOs) would be the perfect match-up for Whyte to fight in October, as long as he’s willing to take a risky fight.

Interestingly, Hearn is still talking about wanting to match Whyte against Jermaine Franklin.

There won’t be much attention on Whyte’s next fight if he chooses Franklin rather than Martin or Chris Arreola.

“I think we’ll announce it this week,” said Hearn about the undercard for the September 25th Anthony Joshua vs. Oleksandr Usyk card.

“We’ve talked about the type of fights that are on the undercard.  [Lawrence] Okolie and some others. We’re in a good place to make an announcement at the end of the week,” said Hearn. 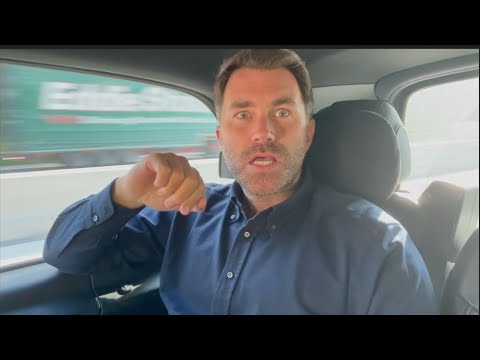 Puncher to Preacher That Was Henry “Homicide Hank” Armstrong! »