By Matt Lieberman: David Benavidez believes a fight between him and IBF super middleweight champion Caleb Plant has a much better chance of happening in 2021 than facing Canelo Alvarez.

With Canelo dialed in mentally to winning world titles and trying to unify the 168lb division, it’s not feasible for Benavidez to face him this year.

Whether Benavidez, 24, can face Plant will depend on him and his management at PBC. In the past, Plant has seemed adamant about NOT fighting Benavidez.

“If I come out victorious, I don’t think the fight with Canelo is one that I can make happen,” said David Benavidez when asked if he believes he can face Canelo next if he defeats Uzcategui.

“I think the fight that would be easier to make would be against Caleb Plant,” Benavidez said. “We’re from the same promotional company.

Trying to make a fight with Plant, 28, could prove every bit as difficult as making one with Canelo. There’s no interest from Plant’s side, and I don’t know if that view will change.

Plant’s rationale for shutting Benavidez out is because he lost his WBC 168-lb title twice by testing positive for a banned drug and then coming in overweight. Plant feels that Benavidez doesn’t rate an opportunity to challenge him.

But now that Plant is no longer facing Canelo; he might be interested in facing Benavidez if this is the best payday available to him.

The fight will be televised on SHOWTIME and will be taking place at the Phoenix Arena in Phoenix, Arizona.

Too much risk for Canelo against Benavidez 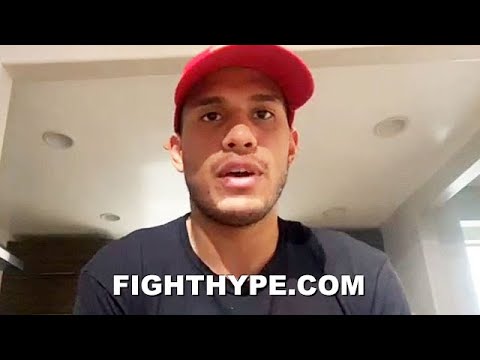 “I feel like for him to take a fight with me, it would be a little too much risk because obviously, I don’t have a belt. I feel like his agenda right now is to either unifying titles at 168 or winning titles at 175,” said Benavidez.

You can understand why Benavidez isn’t letting Canelo have it during the interview because he’s learned by now that if you talk negatively about the Mexican superstar, he’s not going to fight you.

It does seem somewhat obvious that Canelo is avoiding Benavidez because he didn’t show interest in fighting for the WBC 168-lb title until after the belt was stripped from him when he failed to make weight in 2020.

Canelo will need a big win to make the boxing public forget about his loss to Bivol or Beterbiev. The best way for him to do that would be to defeat Benavidez.

“Training camp is not easy. It’s not easy to train for any fight,” said Benavidez. “It’s an easier fight because it makes me more motivated because I know he’s a dangerous fighter,” Benavidez said about Uzcategui.

“He has more knockouts than I have fights. So it makes me more motivated, it makes me go the extra mile, it makes me do those extra rounds in sparring because I know he’s no slouch, he’s no pushover. 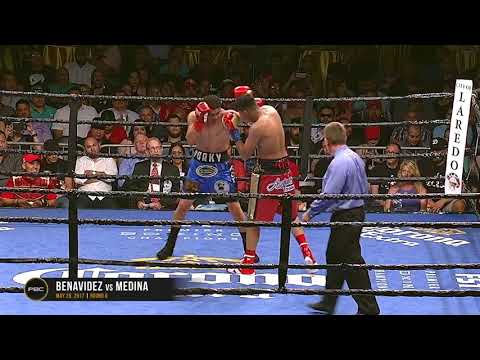 Benavidez expects to be the last man standing

“Every fighter they put in front of me, I’m going in and stopping fighters that nobody has ever stopped like Roamer Angulo and Ronald Ellis and Anthony Dirrell I stopped for the title,” said Benavidez.

“I try to push the limits and I try to look better than I’ve ever looked before. I feel like with my age and my experience, I feel like I’m getting better and getting stronger.

“My ring IQ is going up and I’m getting more confident in myself Like I said, I’m taking every fight like it’s my last fight. I’m training hard. I know there’s a lot of big fights on the horizon, and I’m very excited about what’s coming up in the future.

“I’m just excited about what’s going to come in the future. This is going to be another great fight,” said Benavidez about his match against Uzcategui.

“I feel like a lot of good boxers feel like they have to be disrespectful all the time.

“You don’t have to be disrespectful. Me and Jose Uzcategui, we know what’s at stake and we know which type of fighters we both are. We’re going to do our talking in the ring.

“I feel like not every fighter and not every press conference you have to disrespect somebody or say something about somebody.

“He doesn’t back down and I’m not going to back down either. May the best man win. This is going to be the last man standing, and I guarantee it’s going to be me,” said Benavidez.


« Spence too much for Pacquiao says Vergil Ortiz Jr

Ryan Garcia returning to the ring in October in Los Angeles »