Spence too much for Pacquiao says Vergil Ortiz Jr

By Chris Williams: Welterweight contender Vergil Ortiz Jr is predicting that the BIGGER and stronger Errol Spence Jr will defeat the aging inactive 42-year-old Manny Pacquiao on August 21st when he defends his IBF/WBC 147-lb belts against him. Pacquiao-Spence are heading on FOX PPV at the T-Mobile Arena in Las Vegas, Nevada.

Spence needs a big win over Pacquiao to get him ready to battle the winner of Terence Crawford vs. Shawn Porter.

Ortiz Jr says he saw the way Pacquiao (62-7-2, 39 KOs) had slowed down in the second half of his narrow 12 round split decision win over Keith Thurman two years ago in his last fight in July 2019, and he believes that he’ll lose against Spence.

“I’m not sure exactly how it’ll play out, but I think Spence is going to win,” said Vergil Ortiz Jr to Fighthub on this month’s August 21st fight between Pacquiao and Errol. “That’s just my opinion,” said Ortiz.

Pacquiao’s fans obviously are hoping for the best, seeing things through rose-colored glasses. Still, they need to look at the true picture that Vergil Jr is painting about the Filipino star who has gotten old and slowed down enough to where he’s going to get picked off by the young lion Spence (27-0, 21 KOs).

Pacquiao BARELY beat the rusty, injury-plagued ‘One Time’ Thurman, and he didn’t look good in the championship rounds from 9 through 12.

Apart from the 10th round in which Pacquiao hurt Thurman with a body shot, he was getting hit hard by him and looked like he would lose.

Thurman has never been able to take body shots well during his career, so it wasn’t a major shock to see him getting hurt by a shot to the body. Spence is a different story.

He can take body shots well, and he’s going to be putting a lot of pressure on Pacquiao in this fight.

It happens to every fighter if they stick around long enough and face the wrong guy. Spence is clearly the wrong fighter for Pacquiao to be facing at his age, and we’re likely going to see that on August 21st.

“Pacquiao, when he fought [Keith] Thurman, he was doing really good, but then he kind of slowed down towards the end just a little bit,” said Ortiz Jr.

Pacquiao can’t afford to slow down against Spence because he’ll get taken apart and likely knocked out. The engine that Pacquiao once had, it’s gone at this point. 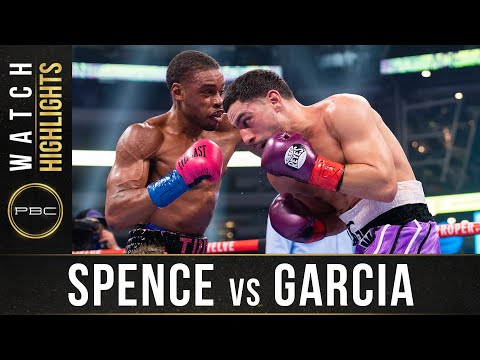 The combination of age and him no longer competing as frequently as he used to negatively impacted Pacquiao’s game. It wouldn’t be a problem for Pacquiao if he faced someone like Mikey Garcia, who wanted to fight him for the last couple of years.

Going against Spence is a different story altogether, and it’s likely to end badly for the Filipino star.

For Pacquiao to win this fight, Spence will need to be fully depleted from his car crash. I mean, Spence did look terrible in his first fight back from his car crash last December against Danny Garcia, but he had lost a lot of weight going into that match.

The dramatic loss of weight and the new teeth may have hurt Spence’s performance in that more so than the physical wear & tear he suffered from flying through the windshield of his Ferrari during the car crash in October 2019.

“He’s like forty-something; there’s no shame in that,” Ortiz said of Pacquiao. “Obviously, it’s going to happen. You’re going to slow down. I just feel like Spence is a little too much.

“I mean, if you take Danny’s performance against Thurman and Porter, those were close fights. Spence wasn’t a close fight. He lost that fight. So I think Spence did a good job [against Danny Garcia],” said Ortiz Jr.

The undercard fights on August 21st:


« Anthony Joshua doubted by fans, Hearn fuming about it