By Chris Williams: Guillermo Rigondeaux says he’s tired of all the lip he’s been hearing from the “clown” John Riel Casimero, and he’s coming to rip his WBO bantamweight title away from him on Saturday night, August 14th, in their unification fight at the Dignity Health Sports Park, in Carson, California.

Rigondeaux has been listening to Casimero’s incessant squawking since he stepped in to replace Nonito Donaire as his opponent, and he can’t wait to shut him up on Saturday.

All the chirping that Casimero has been doing will end when Rigondeaux gets him inside the ring and school him.

Interestingly, Casimero is the oddsmaker’s favorite to win the fight for some reason, which is strange because he’s always had problems against pure boxers. Even though Casimero has lost to fighters less talented than Rigondeaux, the oddsmakers still have him as the favorite.

Casimero was outboxed by these fighters in the past:

“I’m tired of all these guys’ trash-talk. They’re all clowns from the circus, and you’ll see on Saturday what’s going to happen,” said Rigondeaux to Fighthub on his fight with Casimero. 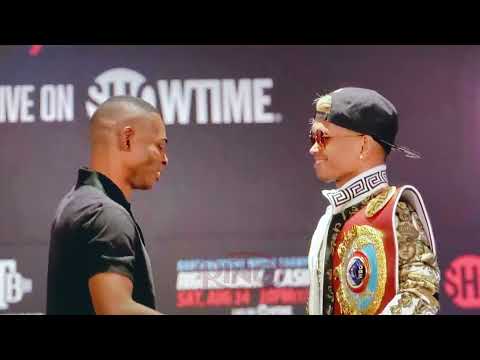 “I know what I’m going to do. I don’t know what he’s going to do, but he’s just like all the other ones. They all come in and say they’re going to throw more punches than ever.

“They want me to throw punches. They’re not throwing punches, so I’m waiting to see what he’s going to do,” said Rigondeaux.

The last chance Casimero will have to trash-talk will be at the weigh-in on Friday, which should make it interesting to see what kind of reaction it gets from Rigondeaux.

Unlike Donaire, Rigondeaux isn’t bothered by Casimero’s insults. The talented two-time Olympic gold medalist Rigondeaux seems to be getting energized the more Casimero trash talks him, which is bad news for the Filipino puncher.

He’s still fighting with the same wild out-of-control style that he had for his fight with Sultan four years ago, and that’s not going to work against Rigondeaux.

You’d like to think Casimero’s trainer has been working with him to teach him to fight less like a wildman and more under control because he’s going to need to for him to win.

Being the underdog doesn’t bother Rigo

“That’s his problem if he believes that,” said Rigondeaux in reacting to Casimero saying he’s going to knock him out on Saturday. “He’s going to see on Saturday that he has a real serious problem on his hands.

“That doesn’t affect me nothing. I will be the winner on the night,” Rigondeaux said when told that the oddsmakers have Casimero as the favorite.

“Everybody has their opinion. The one that has to show good and feel 100% is me, and I feel good. I’m going to show everybody how good I am,” said Rigondeaux in reacting to being told that some boxing fans feel like he’s slowing down due to his age.

Rigondeaux has been focusing more on slugging with his opponents than moving like he’s done in the past. Stung by criticism over the years about his boring fighting style, Rigondeaux has adapted the way he fights by choosing to stand stationary more to entertain the boxing fans.

The oddsmakers might be judging Rigondeaux by his age rather than how he’s looked in his recent fights.

At 40, Rigondeaux shouldn’t be performing the way he’s been lately, but he’s one of those rare fighters that ages slowly. He’s more like a person in their late 20s than someone 40. I guess you can say Rigondeaux is blessed physically.

With Rigondeaux’s fast-twitch reflexes, he’s going to be a real problem for Casimero if he comes out swinging wildly with his big home run punches that he’s known for.

“I’ll adjust. You guys will see once the bell rings, you’ll see. I don’t worry about any of that,” said Rigondeaux about the WBA potentially stripping him of his 118-lb title the moment he enters the ring on Saturday night against Casimero.

“They’ve done it before [stripped Rigondeaux of his titles].

“I’m worried about one belt on Saturday. That’s the WBO, and that’s what I’m coming to get. 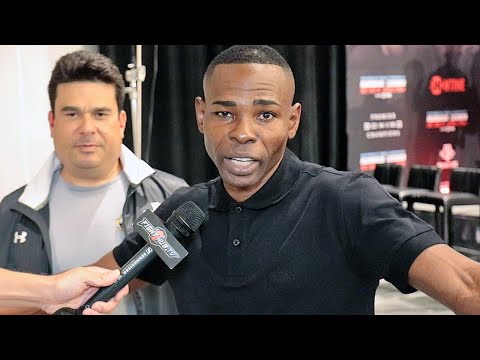 “Absolutely, that’s what it’s leading up to,” said Rigondeaux about him being on a crash course to face WBC 118-lb champion Nonito Donaire in a unification fight after he defeats Casimero. “I already beat Donaire. After I beat Casimero, Donaire has the WBC; that’s the next fight.

“100 percent, I’m ready to fight Donaire. Donaire is a great boxer. He’s doing very well; he’s improved a lot,” said Rigondeaux about Donaire having improved since he beat him in 2013.

“I’m the father of all the little chickens in that division,” said Rigondeaux about the 122-lb weight class. “Everyone knows that’s my division until somebody takes that from me. I’m the linear 122-lb champion.

“I’m 100% and ready to go. You guys tell me what you think of me on Saturday,” said Rigondeaux.

If the World Boxing Association chooses to strip Rigondeaux of his title the second he steps foot inside the ring with Casimero, it won’t be a big deal because Rigo can still take the WBO belt back home should he win.