John Riel Casimero reacts to Inoue’s win over Dasmarinas, ready for Donaire next

Casimero, 32, says while he thinks that Inoue put in a good performance, but it’ll also end badly for him when he faces him for the undisputed 118-lb championship.

Before the Inoue-Casimero fight can happen, Casimero must beat WBC champion Nonito ‘The Filipino Flash’ Donaire (41-6, 27 KO). Those two are fighting on August 14th on Showtime Championship Boxing at the Dignity Sports Health Park in Carson, California.

Last Saturday, the Donaire vs. Casimero fight was leaked to the press before the official announcement, unfortunately. But now that it’s out, both fighters are already off to an early start discussing it.

Interestingly, Donaire, 38, and Casimero seem more interested in talking about a fight with Inoue than they are about their fight. Casimero has been calling out Inoue for quite some time, which makes it understandable why he’s focused on him.

“This fight I will do my best to win, and next, my dream come true, Inoue,” said Casimero to Fighthype about him wanting to beat Donaire to earn the fight with Naoya Inoue. “See you soon,” Casimero said when asked what message he has for Inoue. 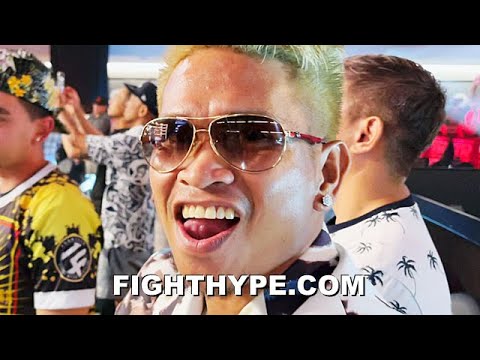 “Today, it was a good performance for Inoue, but for me, not good for Inoue,” said Casimero. “Hopefully, yeah,” Casimero said in response to being asked if he could take a hook to the body from ‘Monster’ Inoue.

“First Donaire. Me too,” Casimero said when told that Donaire has a good left hook.

Donaire is the last obstacle standing in the way of Casimero, blocking his path to a lucrative undisputed clash against Naoya Inoue.

After all these years, Casimero is close to finally getting a fight against Inoue, but he’s got to take care of Donaire first.

“Now you have two people who are at the top that are fighting each other because you have two champions. Regardless of what it is, it’s going to be a winner.

“But ultimately, my goal is to get that belt, and fighting Inoue for the rematch and being undisputed, that’s my main goal. People can be proud that they’re seeing us [Casimermo and Donaire] at the very, very top. 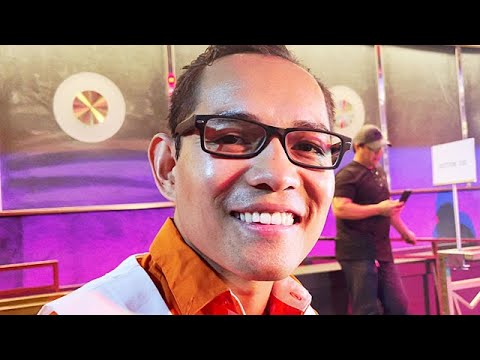 “Anybody that has power is a tough guy,” said Donaire when asked if Casimero is a tougher opponent than his last fight against Nordine Oubaali on May 29th. “Oubaali was very technical.

“I think with the best strategy, it [Casimero] can be an easier fight. Apparently, I’m the biggest hooker out there, so I’m ready to go.

“I know he’s a tough guy, but I think I have the capability. If I was capable of knocking guys out at 126 [featherweight], at this weight, walking in at this weight, I know I can knock anybody out at 118.

“My power,” Donaire said when asked how he’ll be able to offset the high work rate from Casimero.

“With Inoue, he came in really aggressive, he felt that power and he was very cautious.

“I believe when my opponents feel my power, they’re going to be really cautious and not try and open up as much. But anything can happen, that’s the beauty of boxing,” said Donaire.

Casimero will look to overwhelm Donaire with punches on August 14th, just as he did against his last opponent Duke Micah last September.

If Donaire doesn’t catch Casimero with a big shot to keep him off, he’ll wear him down with his flurries

That’s my biggest goal,” said Donaire about getting a rematch with Naoya Inoue. “I have to keep my mind one step at a time.

“If I don’t focus on the fight I know what the outcome is. I’m going to focus 100% on who I’m fighting on August 14th, and I’m coming out of that ring victorious.

“That’s the main focus and then move on to the next level, the next thing and then focus on that.

“He has in the Filipino interviews,” said Donaire about Casimero trash-talking him like he’s done with Inoue. “I’ve come to a point, I’m like Yoda, I don’t really get into all of that. Whatever the case is, I’m composed and focused on what I need to do.

“In this fight? They don’t call me ‘Flash’ for nothing,” Donaire said when asked who has the speed advantage between him and Casimero.

“In my last fight, I had a lot of speed. Oubaali was fast as well. Casimero is known for his power, and he’s very flat-footed. If he tries to use speed, that’s a big mistake,” said Donaire.

Inoue is the fight that will give Donaire the biggest payday, and earn him all the accolades that he’s seeking from the boxing world.

Despite Casimero being a talented fighter in his own right, he’s not viewed on the same pedestal by fans as Inoue.

For Donaire, Casimero is a means to an end and nothing more. Casimermo has already been beaten by Jonas Sultan and Amnat Ruenroeng in the last six years. In other words, there’s no mystery on what Donaire needs to do to beat Casimero.

Monster Inoue can be beaten with timing

“Timing, like anybody else, it’s timing,” Donaire said when asked how he’ll overcome Inoue’s speed when or if they meet in a rematch.

“No one is special, I always go for a knockout for everybody,” Donaire said about his plans for his fight with Casimero.

“Stylistically, you just have to watch out for the power, that’s it. He’s very aggressive, that’s all you have to look out for. How you can nullify and take away his weapons, that’s it.

“Again, I think it’s going to be a great fight, anything can happen in that fight,” Donaire said about his rematch with Inoue.

Inoue’s tendency to telegraph his single power shots will give Donaire an opportunity to time him, and unload with a left hook or right hand counter.

That’s how Donaire hurt Inoue in the ninth round of their fight in November 2019. Donaire caught Inoue with a perfect right-hand counter shot that shook him up.

Inoue survived the round, and went on to dominate most of the remaining three rounds to win a 12 round decision.

Jermall Charlo denies Juan Montiel hurt him, says he was getting head-butted »