Jermall Charlo denies Juan Montiel hurt him, says he was getting head-butted

By Allan Fox: Jermall Charlo (32-0, 22 KOs) sounded like a fighter in deep denial last Saturday night at his post-fight press conference, claiming that he was never “buzzed” by his opponent Juan Macias Montiel during their match at the Toyota Center in Houston, Texas.

It’s fair to say that Montiel created the blueprint for how to defeat Charlo. By targeting Charlo’s midsection, Juan Montiel cracked the Da Vinci code on how to beat Jermall.

While defending his WBC middleweight belt for the fourth time, Charlo appeared repeatedly hurt from the eighth round through the twelfth from hard shots by #4 WBC challenger Montiel (22-5-22 KOs) in their main event on Showtime.

While most of the instances in which the 31-year-old Charlo appeared hurt were from hard punches to his breadbasket from his younger 27-year-old opponent Montiel, he clearly was hurt from headshots as well.

Maybe it was asking too much of Jermall for him to openly admit that Montiel hurt him. After all, this fight was supposed to have a cherry-pick on Charlo’s part.

It looks bad that he struggled to beat Montiel, particularly when you factor in that he had been destroyed in two rounds by Jamie Munguia in 2017.

What last night’s fight showed to boxing fans is that Jermall might not be as good as some of them had originally thought.

Charlo says he was NEVER “buzzed” by Montiel

“That dude didn’t know anything about deep waters,” said Jermall about Montiel at the post-fight press conference last Saturday. “He just made some eloquent adjustments, and that’s what I like to call it. 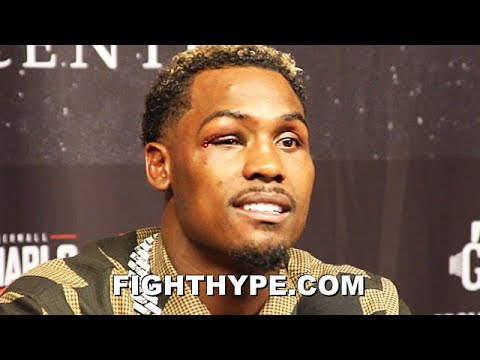 ‘”I never got buzzed, stop that, and I didn’t get buzzed,” said Jermall about him not getting hurt. I had to make adjustments; I kept getting clashed in the head.

“You don’t have to knock everybody out to make the best fights. If I had knocked him out, they wouldn’t have given me credit. He challenged me, and I stood up to the challenge,” Jermall said of Montiel.

It sure did look like Charlo was hurt over and over again by Montiel from the eighth round. Yes, Charlo was firing back a lot of artillery at Montiel, but he ineffective at keeping the Mexican challenger off.

Montiel walked through Charlo’s punches and fired him up with body and headshots in the last five rounds of the contest. But, again, the body shots that Montiel landed were doing a ton of damage each time.

The body shots from Montiel took their toll

Montiel was really digging into Charlos body with those punches, and you could tell that he didn’t like it downstairs.

Canelo Alvarez is known for being an excellent body puncher, but he doesn’t throw nearly as many shots to the body as we saw from Montiel last night. Montiel was really working over Jermall’s midsection, and he had him on rubber legs from those punches alone.

For anyone that has ever had rubber legs during an athletic competition, it’s a terrible feeling.

You can’t compete effectively when you’re legs are gone. We saw that last night in the second half of the contest with Charlo having lost his legs from the repeated body shots that Montiel was tagging him with.

Jermall says his eye injury came from a head clash

“He was coming to win the WBC championship,” Charlo continued about Montiel. “This is a warrior; this is a true warrior. I take nothing away from Montiel; he’s a great fighter.

“He had an awesome game plan, very, very awkward. This happened from a head-butt; I remember it like it was yesterday.

“It happened in the seventh or eighth round, but it didn’t affect me to the point where I couldn’t keep going. He dug deep; I dug deep. It was a fight that broke out,” said Jermall.

Suppose it makes Charlo sleep better at night, believing that his puffed-up right eye was from a head-butt, good for him. But the reality is, Montiel’s fists are what did that to his eye. So the sooner Charlo admits that he was getting pummeled by Montiel, the better it’ll be for him.


« John Riel Casimero reacts to Inoue’s win over Dasmarinas, ready for Donaire next