Although this was technically a professional fight between Chavez Jr and Silva, it more of a celebrity type of match in reality. In other words, two old guys cashing in on the popularity they once had earlier in their respective careers.

Chavez Jr landed the better shots throughout the fight, but he was outworked and outsmarted by Silva, who appeared to edge the fight barely. However, the fight was close enough to go either way.

It came down to Silva being busier than Chavez Jr, outworking him, and showing the judges that he had the superior ring generalship.

Some judges would have given it to Chavez Jr because his shots had a lot more power on them, but he wasn’t throwing enough.

The judges seemed to be more focused on the headshots in this fight and ignored the hard body punches that Chavez Jr was hitting Silva with.

The 46-year-old Silva employed a combination of movement and attacking style to outwork the slow, lethargic Chavez Jr last night.

It wasn’t impressive stuff by Silva, as he showed very little punching power, but he didn’t need to be for him to defeat what’s left of the 35-year-old Chavez Jr at this point in his

“I feel so happy. I needed to do this because I love fighting, and boxing is my dream for many, many years. Maybe I’ll fight again very soon,” said Silva. 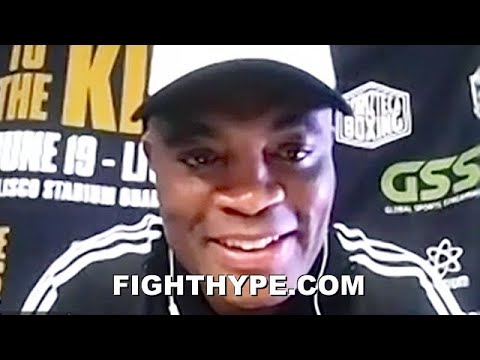 Anderson Silva can beat lower-level fighters at 175, but you can’t put him in with anyone solid because he would get run over. Silva’s lack of punching power and his slow hand speed will limit what he’s capable of doing in boxing.

Yeah, Silva can beat unmotivated guys just looking for a paycheck, but if you throw him in there with a top 168 or 175-lb contender, it’ll be a massacre.

Beating the over-the-hill Chavez Jr is one thing, but it would be a different story if Silva attempted to mix it with one of the top 15 contenders at 175 or 168.

“I did enough for a draw,” complained Chavez Jr.. “He never hurt me. But, I don’t think he did enough to take this fight.”

Whatever the case, Chavez Jr didn’t impress enough to win a clear decision, so it’s not all that shocking that he was beaten.

It’s doubtful that Chavez Jr will retire after this loss because he can still make good coin capitalizing on his famous father’s name. There are still many opportunities for Chavez Jr to make money against other faded fighters or former MMA guys who want to take him on for a PPV fight.

At 35, Chavez Jr isn’t old in terms of years, but he looks totally unmotivated inside of the ring. The Chavez Jr from nine years ago would have dominated the shell that we saw of him last Saturday night. Chavez Jr looks lazy, and lacking in the work ethic that he had earlier in his career.

Chavez Jr was fined $100,000 after coming in overweight at the weigh-in on Friday, which had to have been a buzzkill.

Speaking of Julio Chavez, the 58-year-old fought on the card against 42-year-old Hector Camacho Jr in a four-round exhibition match.

There was nothing to the fight. It was some light punching between two older fighters, both of which wore headgear through most of the exhibition.

The two old warriors took off their headgear in the fourth round but were made to put them back on.

John Riel Casimero reacts to Inoue’s win over Dasmarinas, ready for Donaire next »