Dillian Whyte vs. Jermaine Franklin possible for Sepember in U.S

By Charles Brun: WBC interim heavyweight champion Dillian Whyte will be fighting in September in the U.S, possibly against American Jermaine Franklin. This will be a gimme for Whyte if this match gets made.

Whyte will be fighting for the second time in the U.S since beating Malcolm Tann in 2017. Like Jermaine Franklin, Tann wasn’t a household name in the States. That fight did nothing for Whyte.

What’s unclear is why isn’t Matchroom Boxing promoter Eddie Hearn sticking Whyte in with Filip Hrgovic? Hearn promotes Hrgovic, and he’s been bellyaching about how he can’t get a fight for him against a name heavyweight.

Well, why not put Whyte in with Hrgovic and let the cards fall where they may. If Whyte gets knocked out again, so be it.

At least Matchroom could trim some fat off their roster by cutting Whyte adrift if he can’t cut the mustard against Hrgovic.

Whyte wants to fight Deontay Wilder or Andy Ruiz Jr, but it’s improbable he’ll get either of those guys anytime soon, if ever.

I speak for everyone when I say it’s a pipe dream for Whyte and Hearn to believe they’re going to get Wilder or Ruiz to fight him.

Ruiz Jr hasn’t shown any ambition to take a risky fight after losing his titles to Anthony Joshua in 2019.

At this point in his career, Ruiz is just looking for another big payday against Joshua, and he’s not going to mess up his chances f getting that fight by facing anyone that’s a threat to beating him.

If Joshua indulges Ruiz, we might see the American retire afterward, knowing that he’ll never get a fourth fight.

Surprisingly, Andy revealed that he emailed Eddie Hearn recently to ask him for a trilogy match with Joshua, despite him fighting only once since losing his belts against him.

That one fight that Ruiz took was against 40-year-old Chris Arreola, and he looked terrible against him. Arreola dropped Ruiz early on in that fight. Ruiz looked like a shot fighter against Arreola.

Maybe it’s the weight loss or could be too much partying by Ruiz. Whatever the case, Ruiz looked shot to pieces against Arreola, which would be a good thing for Whyte if Hearn can set up a fight between them.

The downside of Franklin being chosen for Whyte’s next fight is the fact that he’s not well known in the U.S, which is hard for British fans to understand.

If the U.S were the size of Idaho, Franklin would be a household name. The reality is, Franklin is another obscure guy that only the hardcore boxing fans in America know of.  Franklin might as well be invisible because he pretty much is for U.S boxing fans. You have to be an ultra-hardcore fan to know who Franklin is.

If Franklin had talent, he would be talked about all the time by U.S fans but it’s not that way.

Franklin is a second-tier heavyweight and not a top-level. It would be a weird fight to make because it won’t do anything for Whyte in terms of winning him new fans in the U.S. Franklin is off the radar screens of casual and hardcore boxing fans in America.

If Charles Brun were Whyte’s promoter, he wouldn’t match him against Franklin. The fight to make for Whyte would be against these American fighters:

You can throw in Frank Sanchez and Luis Ortiz, two guys that Whyte should fight rather than Franklin.

The Saginaw, Michigan native Franklin’s controversial 10 round split decision win over journeyman Jerry Forrest in July 2019 in Tacoma, Washington, didn’t do much for his popularity.. 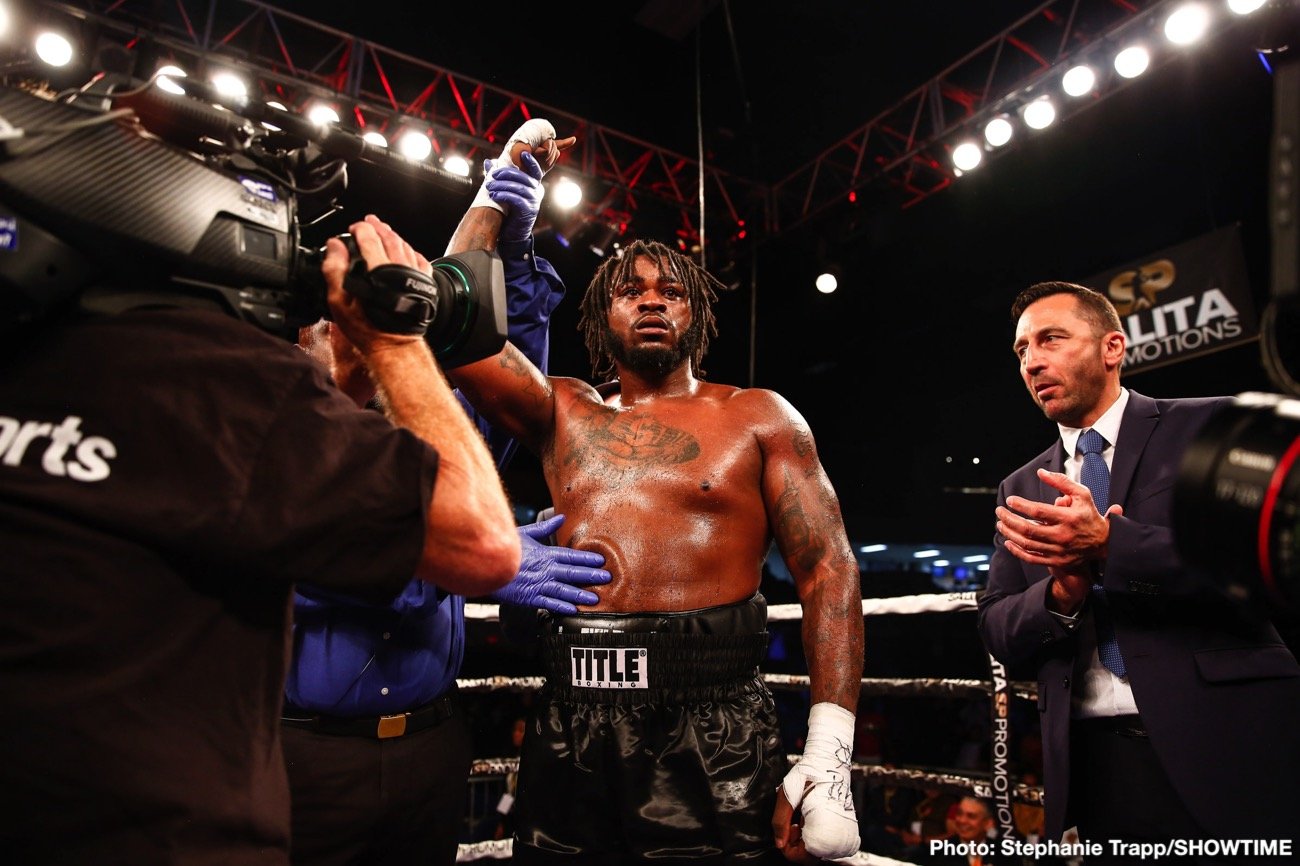 Wilder is already tied up with a fight against WBC champion Tyson Fury on July 24th, and if he wins that fight, he’ll take on IBF/WBA/WBO champion Anthony Joshua at the end of the year.