By Sean Jones: David Benavidez says he has three big names on his last in Canelo Alvarez, Caleb Plant, and Jermall Charlo. Benavidez (24-0, 21 KOs) believes he has a chance to fight all three of them because he’s the top fighter at 168 without a title right now.

WBA/WBC/WBO super middleweight champion Canelo (56-1-2, 38 KOs) and IBF belt-holder Plant (21-0, 12 KOs) have a good chance of meeting for the undisputed championship in September.

From there, the winner or the loser may look in the direction of the two-time WBC 168-lb champion Benavidez because he’ll be the logical choice for them to fight.

They can’t look in the direction of former WBO champion Billy Joe Saunders because he was already beaten by Canelo, and he’s coming off eye surgery.

Benavidez has a fight he needs to get out of the way against former IBF 168-lb champion Jose Uzcategui (30-4, 25 KOs) on August 28th. That’s arguably a gimme for Benavidez to be taking on Uzcategui, but nonetheless, it gives fans a chance to compare him to Plant.

We saw how Plant struggled to beat Uzcategui in January 2019. Plant won the fight by a 12 round unanimous decision, but he gassed out in the second half and was staggered by Uzcategui.

“I feel like we’re in a good position because I feel like I’m the top guy without a belt right now at super middleweight.

“And I feel like Charlo can go up to 168, and maybe I can fight Caleb Plant and Canelo.

“I feel like all those fights are realistic to make, and that’s why I’m really excited and trying to stay motivated and stay training because any big opportunity can come at any moment,” said Benavidez.

Getting Canelo or Plant to agree to fight Benavidez could prove to be impossible. Canelo is just not interested in facing Benavidez, and Plant seems angry when his name is mentioned.

When asked if he’d consider facing Benavidez, Plant points out that he’s lost his WBC title twice outside of the ring by testing positive for a banned substance and failing to make weight.

However, Plant never showed interest in fighting Benavidez even when he held his WBC title. You can argue that Plant is looking for excuses on why he souldn’t have to fight Benavidez.

Jermall Charlo is reluctant to give up his WBC 160-lb ttle to come up to 168 to start over again in that weight division. It’s unlikely that Charlo will ever move up to 168 for the remainder of his career, which means he’ll never fight Benavidez. 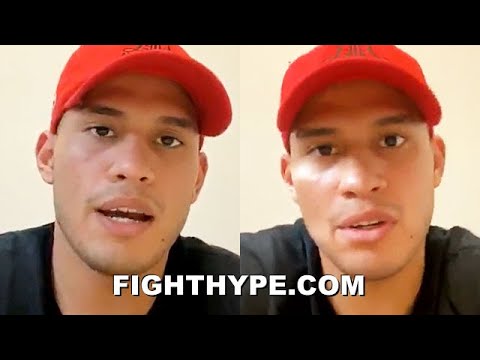