By Dan Ambrose: Nonito Donaire will be coming off a long layoff this Saturday night on May 29th when he challenges WBC bantamweight champion Nordine Oubaali on Showtime from the Dignity Health Sports Park in Carson, California.

The former four-division world champion Donaire (40-6, 26 KOs) says he’s added the “killer instinct” to his game from training with bigger fighters in preparation to take on the unbeaten Oubaali (17-0, 12 KOs).

Donaire, 38, says he learned from his loss to Naoya ‘Monster’ Inoue in his last fight in November 2019 that he lacked the “killer instinct.”

He feels that if he had it, he would have finished Inoue after he hurt in the fight. Instead of going after Inoue, Donaire backed off and let him survive.

Throwing more punches would have helped Donaire in that fight, as he was loading up on single shots too much.

This allowed Inoue to duck his shots and fire back. If Donaire had unloaded on Inoue with nonstop combinations, he likely would have broken down Inoue.

Donaire will need to be ruthless if he’s to beat the 34-year-old Oubaali, as he’s a highly technical fighter with a lot of talent. This is a fight that Donaire can’t afford to back off if he gets Oubaali in trouble.

“It’s been almost two years, and you can’t imagine how much excitement it is to fight again,” said Donaire to PBC Podcast. “You don’t become champion for nothing, so we’re not underestimating him in any way. 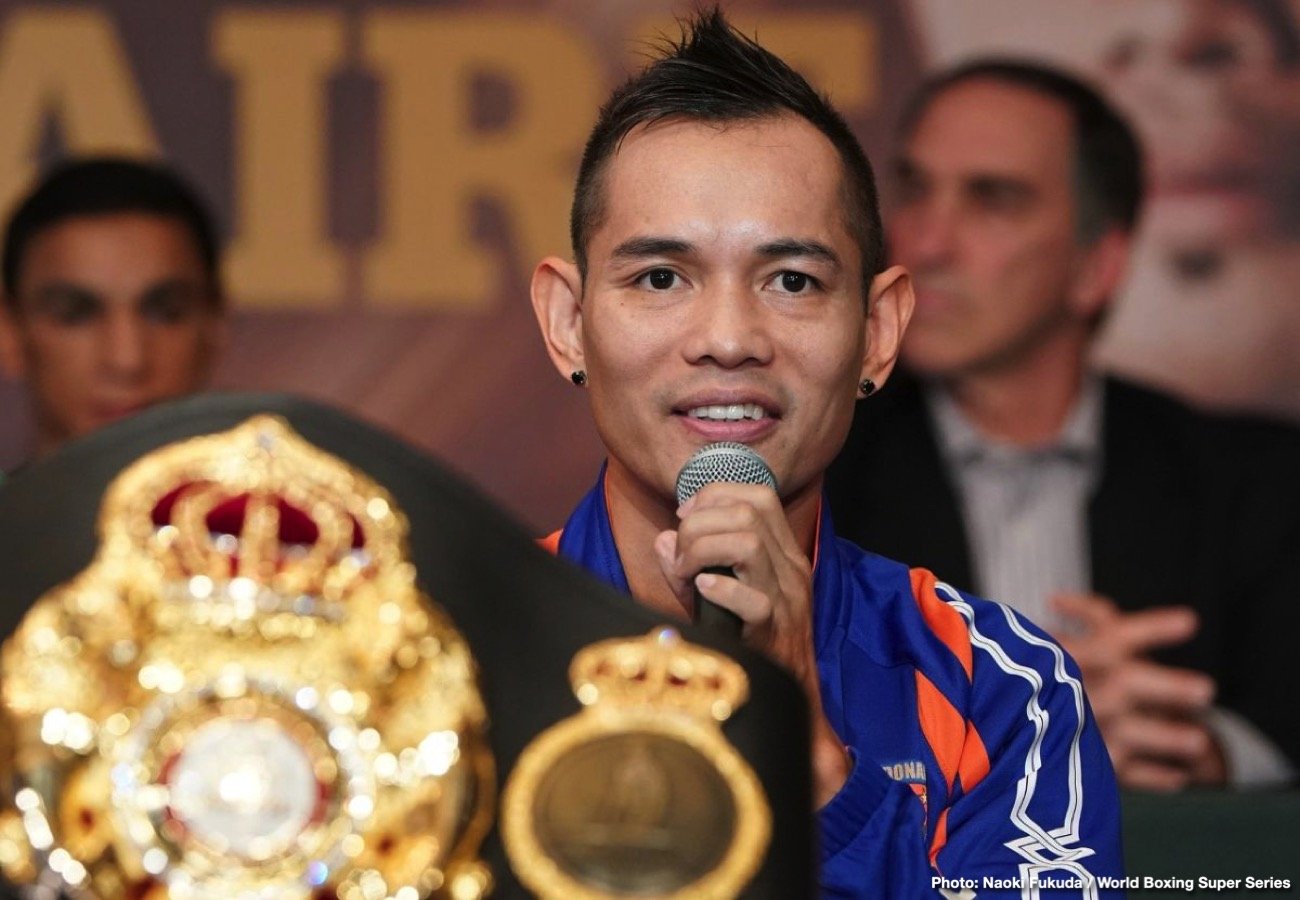 “I think the one thing that stands out for me the most is my power. And I know that Oubaali is very technical, but he’s never fought a guy that can hit as hard as I can.

“I have the experience, the power, the speed, and all the motivation to beat him. I will be looking for the knockout like I do every fight.

“I’ve learned a lot with my habits in my training,” said Donaire. “I’ve always trained really hard. The difference was, I took everything lightly like work.

“Back in the day, I took my body for granted, partying and having fun. I didn’t sleep. Now I’m taking care of my body well. That time off from the ring rejuvenated my whole system, and I feel very good,” said Donaire.

Oubaali’s resume is filled with a lot of moderate-level talent, and no one near the level of Donaire. That’s why it’s hard to know how well Oubaali will do in this fight because he’s been matched carefully up until now.

It’s safe to say that Donaire would beat all of those fighters, and likely stop them all. Oubaali won the vacant WBC title by beating Warren by a close 12 round decision in January 2019.

“That’s why I say, you’re going to see a guy that is very youthful come Saturday,” said Donaire. “When I came back to train, I felt like my body was working for me. 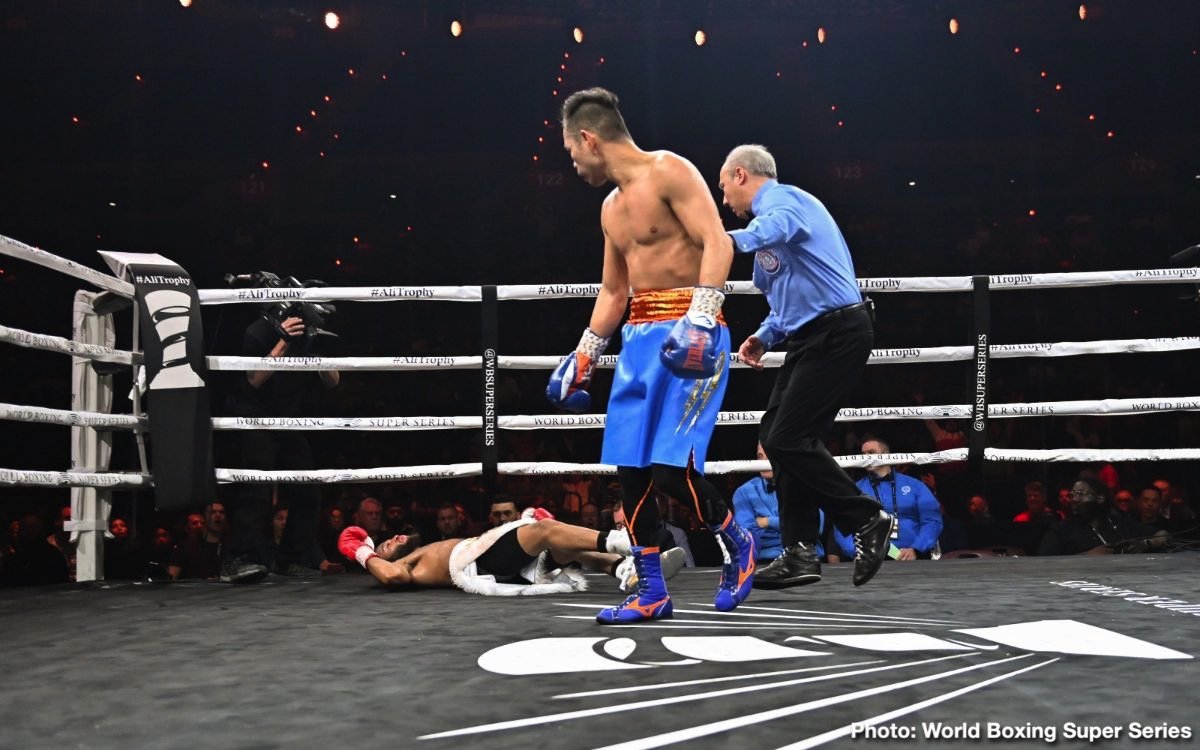 “There was no struggle, and there was nothing in any way that made me feel that I was dragging.

“Being able to get that time off without fighting without that stress and impact and everything that boxing gives you inside the ring. Physically, I feel that now that I’m taking my time to be healthy,” said Donaire.

With Donaire’s punching power, he’s got the ability to beat fighters like Oubaali regardless of them being younger.

It would be a good idea for Donaire not to take any more long layoffs from the sport as he did for this one. He’s not young enough to be sitting inactive for 18 months again and expert to be able to compete with active fighters.

What Donaire has going for him in this fight is that Oubaali has been out of the ring for 18 months as well since his win over Takuma Inoue in November 2019.

Activity-wise, Donaire, and Oubaali are on the same level with both coming off extended layoffs.

Rematch with Inoue important to Donaire

“If he’s in the line for that fight, then that’s something I’m going for,’ said Nonito about a fight between him and Guillermo Rigondeaux.

“There were articles out there that state that he [Inoue] wants to fight the winner of my fight. He’s open to it, so we’ll see.

“Knowing that Japanese fighters are very honorable, they do what they say. The killer instinct is not something I’ve developed for many years now, and that’s something I learned in that fight.

“When I hurt him [Naoya Inoue], I kind of backed off instead of going for the kill like I usually do in the past.

“So for this training camp, I got bigger guys and I went for the kill with every single punches I throw.

“I believe so because the killer instinct allowed me to relearn all the things that I haven’t applied. I’m aiming for that viciousness, and there’s no mercy,” said Donaire. 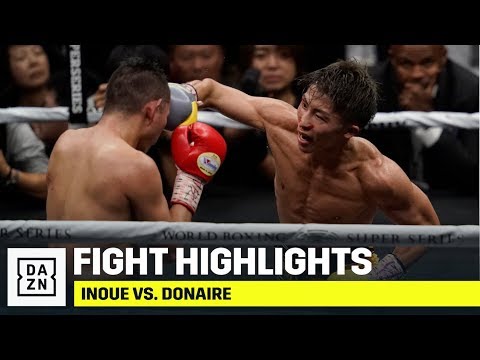 If Donaire can get his hands on the WBC bantamweight belt, he’ll have the bait to bring Inoue to him. The Japanese superstar Inoue already holds the IBF & WBA belts, and he wants to become the undisputed champion.

Assuming things go well for Donaire on Saturday, he’ll have the WBC belt, and we could see Inoue face him next. That might be an easier fight to make for Inoue than a match against WBO champion John Riel Casimero.

“It depends on how Oubaali comes to fight, but I’m always going to be there to do what I do best, and that goes for the kill,” said Donaire when asked what happens against Nordine on Saturday.

“I’ve always been that kind of person that even though the killer instinct wasn’t there in the past, but I’ve always had that power to kill or the power to beat my opponent and take them out.

“I’ve always aimed for that regardless of what people say. So I’m going to go out there for the KO. Whatever he shows me, I’ve got the experience to counter whatever it is.

“But ultimately, it’s going to be a very, very exciting fight and you guys are going to wonder how old I am.

“I have been an underdog a few times. It’s a challenge for me and it motivates me a little bit but do I really care about being an underdog?

The motivation for me is defeating this guy,” said Donaire.

It’s interesting that the Oubaali has been installed as the favorite by the oddsmakers in this fight.

They obviously are looking at Donaire’s six losses and view that as a sign that he’s going to get beat again. Most of Donaire’s defeats have come against fighters with excellent power. 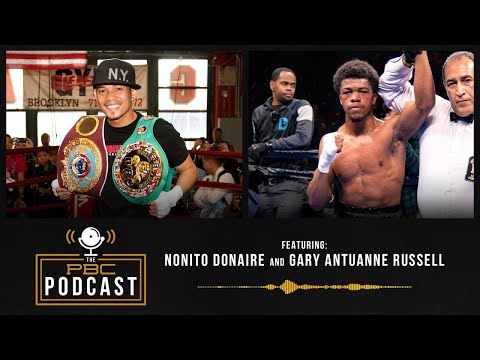