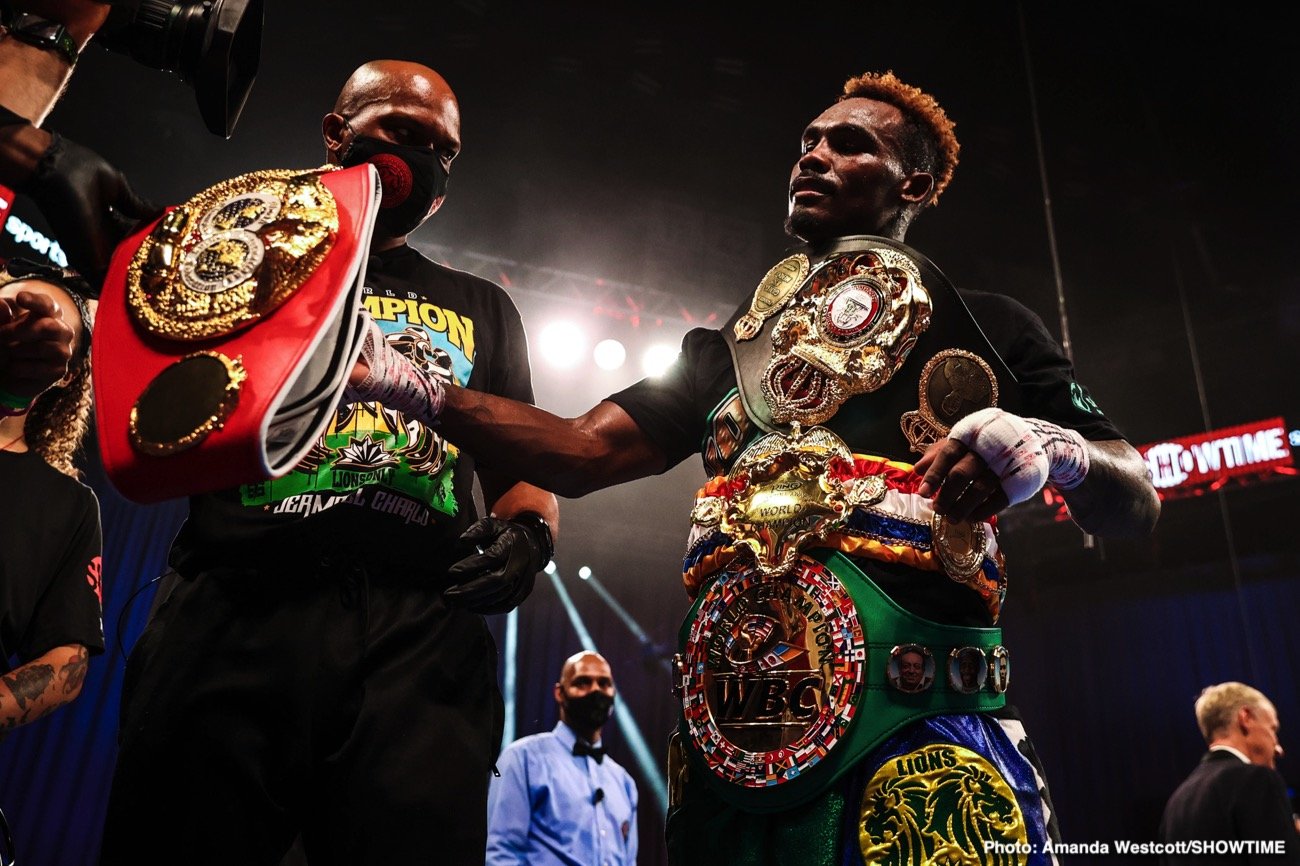 By Jim Maltzman: Jermell Charlo says he likely won’t ever fight Tim Tszyu during his career because he’s not at the same level as him talent-wise, and he would lose to the guys he’s already beaten.

If Charlo successfully beats Castano to become the four-belt undisputed champion at 154, he’ll have no choice but to defend against Tszyu (18-0, 14 KOs). He’s ranked #1 with the WBO, and it’s going to be impossible for Charlo to avoid fighting him without vacating.

There would be a lot of interest from boxing fans in seeing a fight between Charlo and the heavy-handed 26-year-old Tszyu, the son of former light welterweight champion Kostya Tszyu.

Tim Tszyu has a fight scheduled against Michael Zerafa on July 7th in Australia. If Tszyu wins that fight, he’d be an excellent option for the Charlo vs. Castano unification winner.

Jermell rules out Tszyu fighting him

“Listen, nobody ever sent me ten million or contract or none of that,” said Jermell Charlo to Ringside With The Lions.

“He [Tszyu] ain’t going to get no chance to fight me probably throughout my career. I’m just being honest with you.

“Ten million sounds great, yes. I would love to take that, but, Tim, sorry, homey. You’re not going to get a chance to fight Charlo because he’s got other plans,” said Jermell.

It’s unclear why Charlo is so negative towards the idea of fighting Tszyu. If anything, Charlo should be pleased that he has a popular contender that the boxing public would be eager to see him fight.

Jermell isn’t saying who he’ll fight after the Castano clash that would be a bigger name than Tszyu. These would be obvious choices for Jermell:

“I’m the champ, I’m the unified champ, and I’m fixing to become the undisputed champion. I’m busting my a** in training camp to get to where I need to get to so I can get all the belts.

“Then they’ll say, ‘Champ, you’re the King.’ They’re already giving me the respect. I heard J-Rock [Julian Williams], and I heard other fighters say, ‘We don’t even like that ba*****, but he’s got all the belts, so we got to give him all the respect that is due. He’s the champ,'” said Charlo.

It sounds like Jermell likes being the A-side with all the belts. He’s getting the respect from the top contenders in the division, who obviously want to stay on his good side.

If they say something bad about Charlo, they may be frozen out in the way Tszyu is, not that he said anything that would put him on the outs. It just seems like Jermell doesn’t fancy the idea of fighting Tszyu, who doesn’t rate highly.

Canelo not on Jermell’s radar

“I can’t fight Canelo. When he was in my weight division, I wanted to get it in at 154. I wanted that s*** before anybody,” said Jermell.

For Jermell to fight against Canelo, he would need to bulk up and move up to 168. It wouldn’t be that difficult for Jermell to add 10 pounds to come up to the super middleweight division. 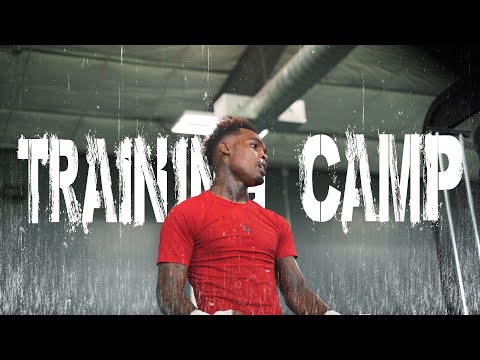