With the win, Taylor retains her WBC, WBA, IBF, and WBO titles.

After a slow first half of the fight, Ireland’s Taylor went on the attack with her combination punching, and he was able to get the better of the 36-year-old Jonas.

Taylor was throwing beautiful four-punch combinations throughout the championship rounds, which made it impossible for Jonas to match her output.

That was the difference in the fight. Taylor upped her punch output, putting Jonas in a tough position to try and match all the incoming fire.

“Every time, me and Tasha fight it’s an edge of your seat fight,” said Katie Taylor after the fight.”I had a slow start but dug deep and won the championship rounds. I showed heart near the end.”

Jonas said after the fight that she wanted a trilogy match if possible, but it doesn’t seem likely that it’ll happen. Taylor, 34, will be moving on to bigger and better things. 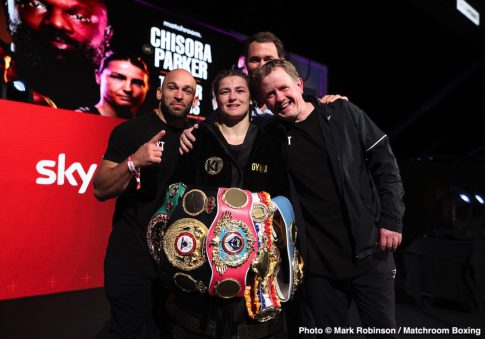 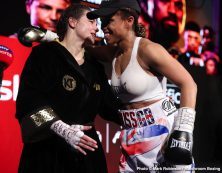 *** FREE FOR EDITORIAL USE *** Katie Taylor vs Natasha Jonas, WBC, WBA, IBF and WBO Female Lightweight Title Fight. 1 May 2021 Picture By Mark Robinson Matchroom Boxing. The fighters after their contest. 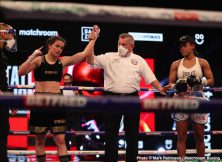 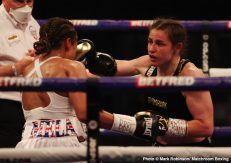 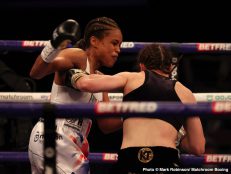 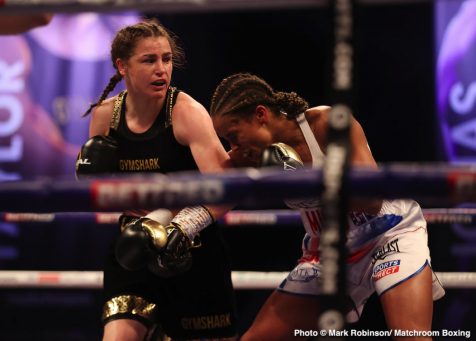 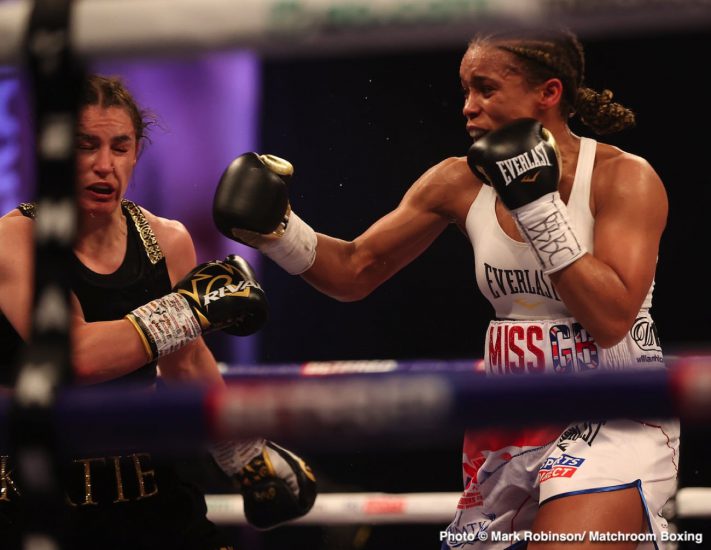