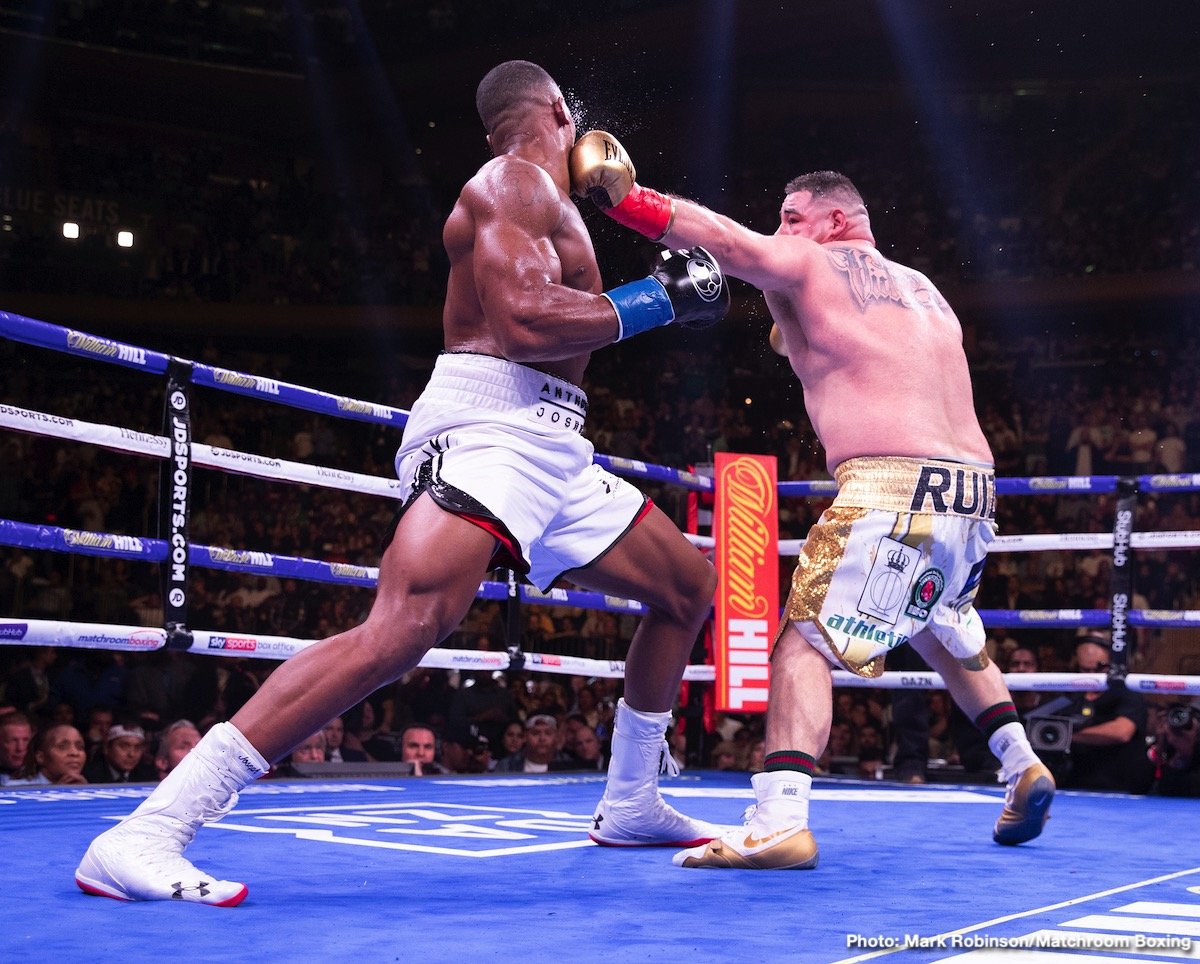 By Barry Holbrook: Eddie Hearn says looking at a handful of different possibilities for Anthony Joshua’s next fight that could involve him facing Andy Ruiz Jr, Dillian Whyte, Luis Ortiz, or Oleksandr Usyk.

Hearn had hoped to match Joshua against WBC champion Tyson Fury. Still, that fight fell apart last week with the ruling by the American arbitrator that was overseeing the Gypsy King’s case with Deontay Wilder.

With the Fury fight off the table, Hearn wants to make the best possible deal for his fighter IBF/WBA/WBO heavyweight champion Joshua (24-2, 22 KOs). That might not be Joshua’s WBO mandatory Usyk (18-0, 13 KOs), as he’s not a big name.

Joshua might have to give up his WBO title if he fails to fight the 34-year-old Usyk, though, but it would be an easy one for him to reclaim at a later date.

In fact, it would be better for Joshua to Usyk with the Ukrainian holding the WBO title than if he fought him in a title defense. Usyk will likely need to face Joe Joyce for the WBO title if Joshua is stripped of the belt by the World Boxing Organization.

“Andy Ruiz, he Instagrammed me,” Matchroom Boxing boss Eddie Hearn to IFL TV on his next potential opponent.

“That’s a fight that I think we’d be interested in. If you’re going to America, Luis Ortiz is another guy you could fight. If you’re doing the U.K., Dillian Whyte, is that the fight to make?

“In an ideal world, if there’s good business to be made with Oleksandr Usyk, then that’s the fight next. I wouldn’t rule out any scenario at the moment for Anthony Joshua over the next. We probably got 10 days to decide what we’re going to do,” said Hearn.

There’s no doubt that former IBF/WBA/WBO champion Andy Ruiz Jr (34-2, 22 KOs) would be a better choice for Joshua’s next fight than Usyk.

Ruiz is coming off an impressive victory over Chris Arreola on May 1st, and he’s someone that resonates with American boxing fans.

If Joshua is going to fight in the UK, Dillian Whyte is the obvious choice for him to fight. That, too, is a bigger fight than a match with Usyk. Whyte is coming off a fourth-round knockout win over Alexander Povetkin in their rematch on March 27th in Gibraltar.

In an action-packed fight, Joshua beat Whyte by a seventh-round knockout in 2015 in London, England.

“There was a lot of anger last week from AJ and me,” said Hearn. “He felt all along that they [Team Fury] didn’t want the fight. I felt that Fury wanted the fight, but maybe he didn’t. But certain people didn’t want this fight to happen basically, and they got their way.

“You don’t normally see that from AJ, do you?” said Hearn about Joshua taking some shots at Fury on social media, in reacting to him losing his arbitration case. 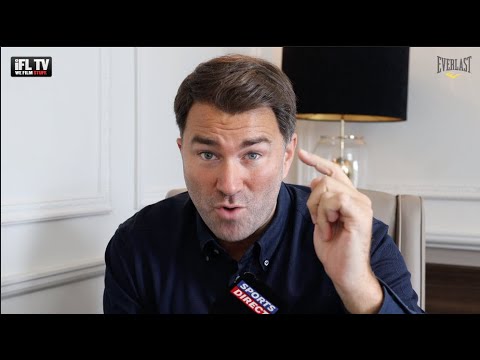 “That was him pissed off, and that was him thinking, ‘You’re an absolute time-waste for me. All you do is talk, but you have no substance.

“You don’t want to really do this fight, and that’s how you felt. You don’t normally see that from him. I can imagine the build-up, and I wish the fight were happening,” said a disappointed Hearn.