Hearn’s idea is to have Whyte (28-2, 19 KOs) fight in the United States against Bryan or the Franklin-Shaw winner next, and then have him face Deontay Wilder later year.

It’s going to take a lot of persuading by Hearn to try and rope Wilder (42-1-1, 41 KOs) into agreeing to fight Dillian, especially if he’s still holding the belief that the arbitrator is going to order Fury to give him the trilogy match.

Hearn wants to turn Whyte into a star in the United States, but he fails to realize that he’s not going to accomplish that with one fight.

Matching Dillian against the Franklin vs. Shaw winner or the inactive Trevor Bryan isn’t turn him into a household name in the States.

For Whyte to become a big name in America, he’ll need to fight there frequently over a period of years, and even then, it would require him to face good opposition that fans are familiar with.

It’s fair to say that most casual boxing fans in the U.S have never heard of Franklin, Shaw, or Bryan.

NEWS:   Dillian Whyte says Fury "slowing down," expects to fight him next

“I’d love the fight,” said Hearn to iFL TV when asked about the idea of Dillian Whyte taking on Deontay Wilder next. “I want to see Wilder back in the ring. 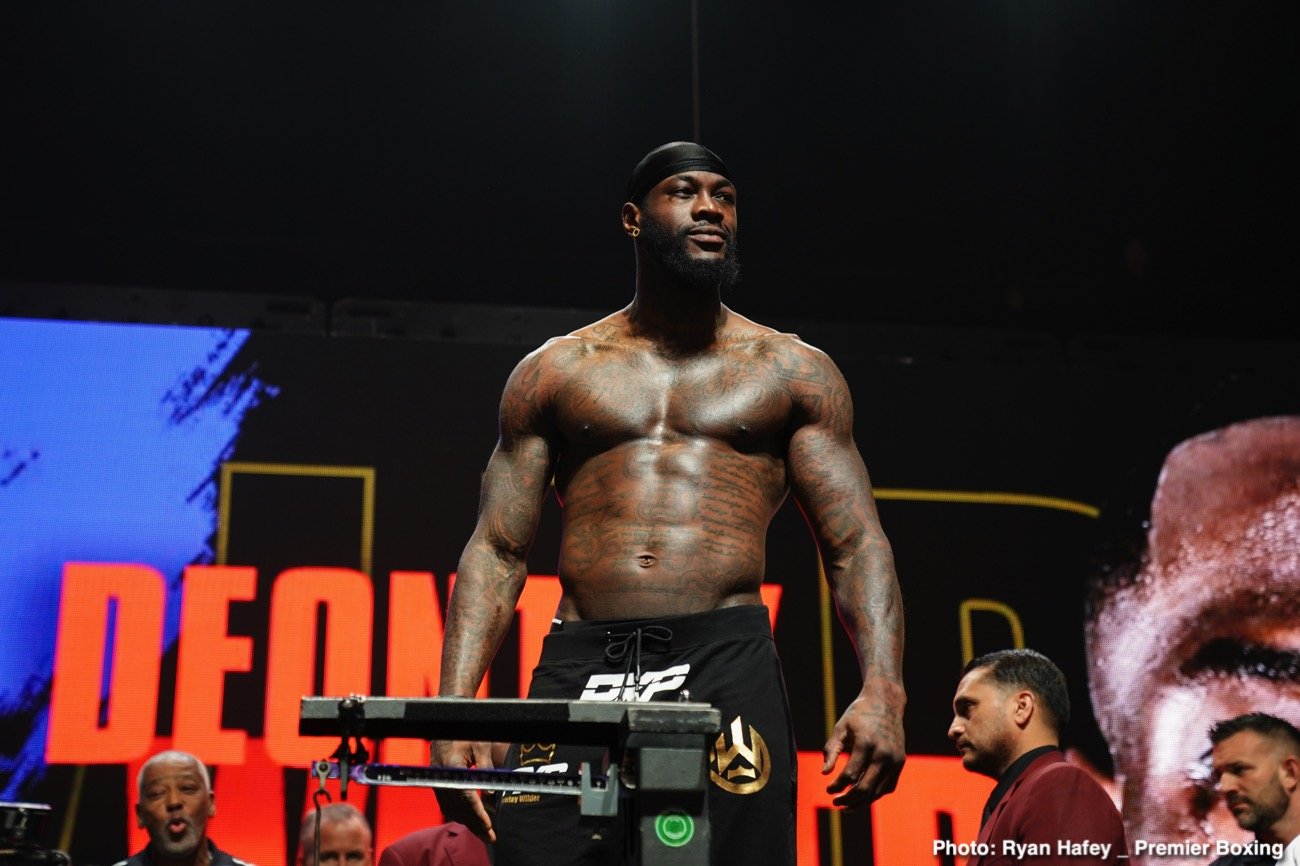 “I know he’s still moaning about the mediation and this kind of stuff, which goes nowhere, but he [Wilder] needs to get back in the ring. He hasn’t boxed in a year and three months, but he has no fights scheduled as well.

“Go over to MSG [Madison Square Garden] or wherever it is, and go make a name for him over there [in the U.S]. I’d love to make the Wilder fight later in the year,” said Hearn.

Wilder made a lot of money from his two fights with Fury, and he doesn’t seem to have the same drive as he did before he met up with him.

If Wilder wasn’t super-wealthy, he might be more inclined to agree to the idea of fighting Whyte, but that’s not the case.

According to Celebrity Net Worth, Wilder’s net worth is approximately $30 million, which means he’s not going to fight Whyte until Hearn throws a bundle of money at him.

“There’s a good fight coming up between Jermaine Franklin and [Stephan] Shawn,” said Hearn about who he wants Whyte to face next.

“I think it’s on NBC. The winner of that’s a good fight. Trevor Bryan is another option for the WBA regular. There’s plenty of [options]. I’d like it to be in America,” said Hearn.

It would be better for Hearn to lure Andy Ruiz to fight with Whyte rather than Bryan, Franklin, or Shaw.

Even Chris Arreola would be a far better option for Whyte than any of those three little-known Americans. Perhaps Hearn believes that American boxing fans are familiar with Franklin, Bryan, or Shaw.

That’s the only explanation one can think of for why he’s kicking around the idea of matching Whyte against any of them in the U.S. It’s not going to do much for Whyte to face an unknown American heavyweight in the U.S.

For Dillian to get any increase in popularity from his fight in the U.S in the summer, he’ll need to fight one of these guys: