By Barry Holbrook: Eddie Hearn says he wants to put together a fight between welterweight contender Conor Benn and Amir Khan next if things go well this Saturday night in Conor’s clash against Samuel Vargas at the Copper Box Arena in London, England.

Hearn is not excited at the idea of trying to put together a fight between Khan (34-5, 21 KOs) and Kell Brook, as it’s a clash that is no longer a huge one. Instead, Hearn is hoping he can put a fight together between the 24-year-old Conor and Khan if things go well for him on Saturday.

It might take some convincing by Hearn to get Khan to agree to fight Benn instead of the 34-year-old former IBF welterweight champion Brook. That’s the guy that Khan has suddenly started showing interest in fighting.

Up to this point, Benn hasn’t faced world-class opposition. You can’t count his last opponent Sebastian Formella as a truly world-class fighter because he’s never beaten anyone of note during his career before being hand-picked by Shawn Porter to fight last year.

“The most dangerous thing we can do is overlook Samuel Vargas,” said Hearn to iFL TV about Conor Benn’s next fight. “This is a 50-50 fight. Look at the level Vargas has operated at and lost at. That’s where his losses have come.

Amir Khan, Vergil Ortiz, at that level, Danny Garcia. So Conor Benn has no right to put himself in that bracket of fighters yet.

“The dangerous thing about Vargas is, he always looks to fight. He always looks to trade, and Conor Benn has proved to be a little bit vulnerable because he looks to do the same. So this has to be a disciplined, smart performance,” said Hearn.

It probably won’t make Benn feel happy that Hearn sees his fight against 31-year-old Vargas as a 50-50 match, but that’s closer to reality.

Benn’s best win to date is Formella, and that’s a guy that Vargas would likely knock out. Formella wouldn’t beat a guy with Vargas’ punching power or talent, and it’s doubtful that he would be able to go the full distance with him.

We would have already seen how good Benn is if Hearn had been willing to put him in against contenders when he first signed him, but he’s not done that.

Hearn wants Khan vs. Benn next

“I know there’s been a lot of talk about his interviews where he talks about Amir Khan and Kell Brook, but why not?” Hearn said.

“If Conor Benn does a job, would you like to see Conor Benn against Amir Khan? Listen, you know I’ve tried to make Amir Khan vs. Kell Brook for years. 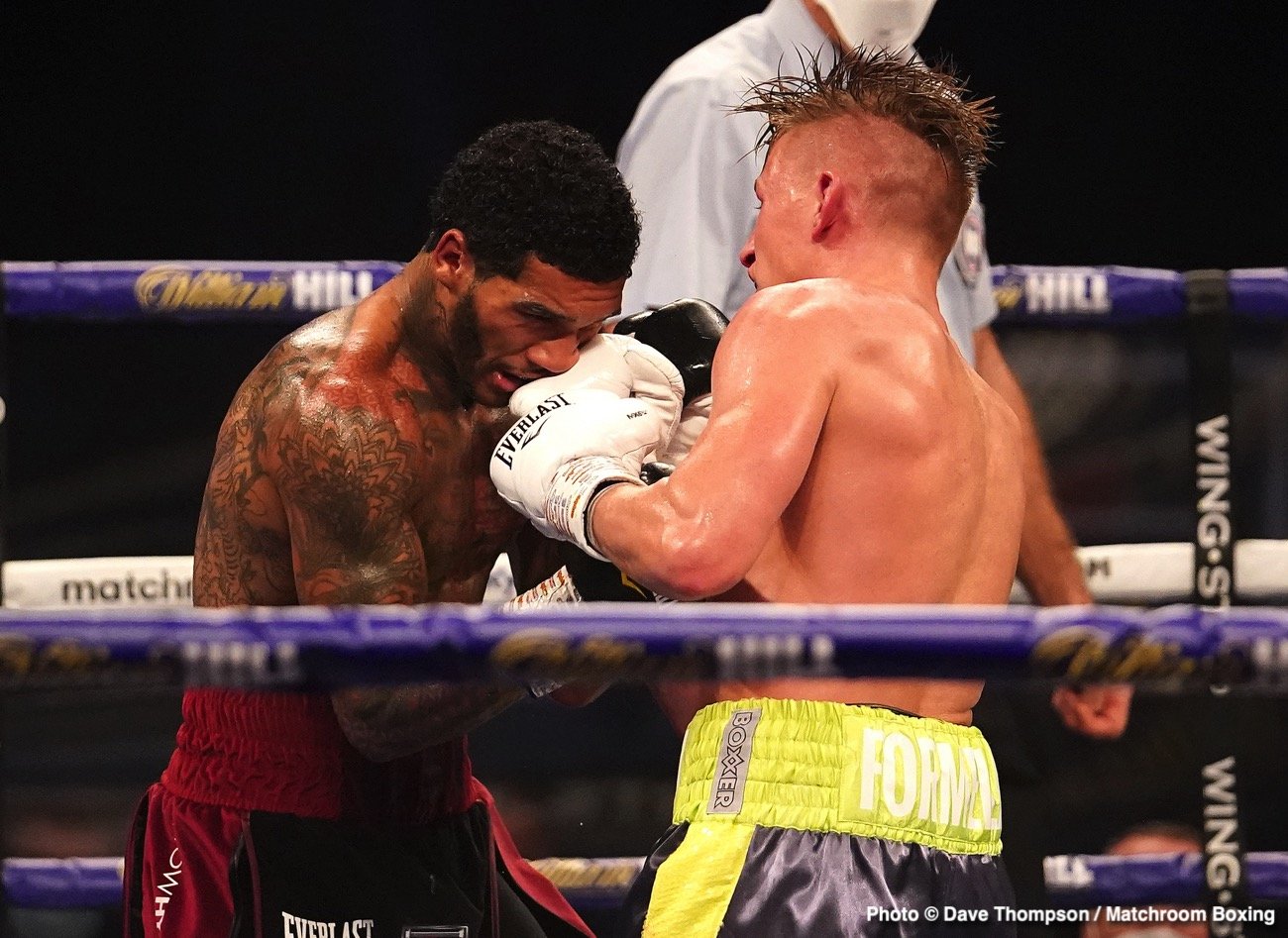 “Now, Amir Khan vs. Conor Benn, that’s a  different kind of story, a much different narrative. You got a guy [Amir Khan] that is at the end of his career against a guy that is a young upstart that happens to be Nigel Benn’s son.

“He’s worked his absolute nuts off to become a world-class welterweight. We’ll get to see that on Saturday. Against [Sebastian] Formella, he beat him up, and Formell went into a shell. Vargas won’t do that.

“He will not go into a shell. He will stand and fight until you put him out or the corner saves him, and I think this is going to be an absolute thriller.

“I think it’s going to be a really, really tough fight that will go back and forth,” said Hearn about Saturday’s Benn vs. Vargas fight.

It’ll be interesting to see if Hearn can convince Khan to accept the fight with Benn. One thing that is working against Hearn in getting that fight is how Khan has dragged his feet in agreeing to fight Brook.

If Khan didn’t want to fight Brook, he probably wouldn’t agree to fight the young upstart Benn unless the fight pays him millions.

Khan vs. Brook might not be a big enough fight for it to make the kind of money that Amir is likely hoping to get.

Khan has ignored Brook for over a decade, and it’s only now that he’s showing signs of being a shot fighter that he suddenly is interested in fighting him.