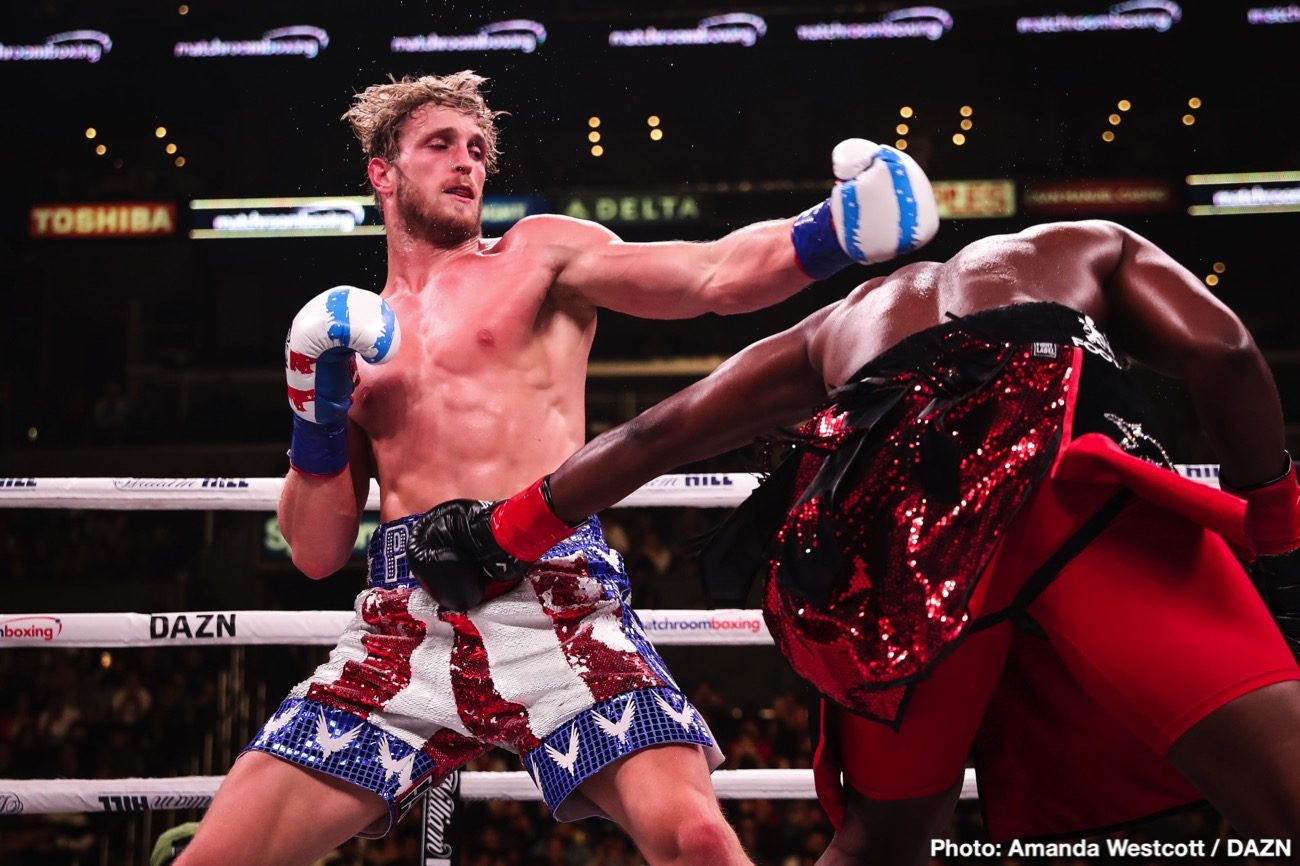 The 44-year-old Mayweather is taking a gamble that fans will like the idea of paying $50 to watch him beat up a YouTuber.

It’s an idea that is difficult to understand, given that it promises to be even more of a mismatch than Mayweather’s fights against Japanese kickboxer Tenshin Nasukawa in 2018, and UFC star Conor McGregor in 2017.

Jake Paul revealed last week that the plan is for him to fight Mayweather next if/when he beats his brother Logan.

In other words, Jake will be looking to avenge his brother’s loss against Mayweather. It’ll have the predictable revenge selling point for the Mayweather vs. Jake fight, and the casuals and the YouTuber fans will eat it up.

I’m not sure about the boxing public, though. Many of them will be put off by the idea of seeing Mayweather fight another Paul brother if he blows out Logan as he did with Tenshin.

The only it works is if Logan gives Mayweather a hard fight, knocks him down two or three times, but still loses. If Mayweather looks mortal against Logan, the boxing public will be more inclined to see a fight between him and Jake Paul.

At least those guys came from a combat background. With Logan Paul, he’s a mere YouTuber and not athletically gifted like his younger brother Jake Paul.

With the date for the Mayweather vs. Logan exhibition being moved from June 5th to June 6th, it won’t conflict with the Teofimo Lopez vs. George Kambosos Jr fight on June 5th on Triller pay-per-view.

Nevertheless, you have to believe that fewer boxing fans will be willing to purchase Mayweather’s match against Logan because of the Teofimo PPV event a day earlier.

It’s unclear whether the price of the pay-per-view will increase as the fight near, but it’s possible that it will.

Previously, Fanmio had the price of the Mayweather vs. Paul fight going up as the exhibition fight neared the February 20th date.

Andy Ruiz Jr vs. Chris Arreola: Will you pay to watch it? »